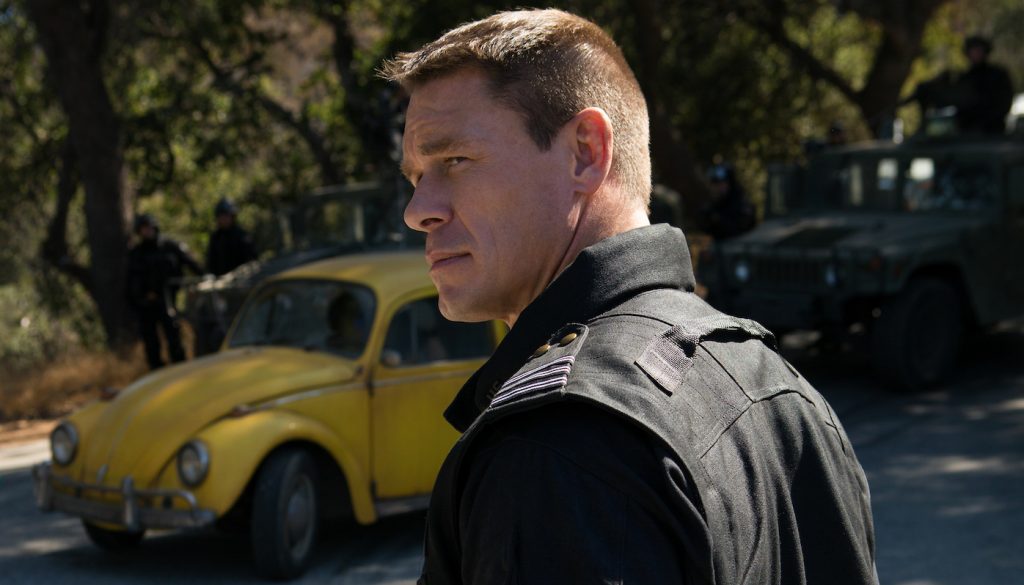 The cast for James Gunn‘s The Suicide Squad is starting to shape up. When news broke that Will Smith wouldn’t be reprising his role as Deadshot, Suicide Squad fans were understandably concerned. Then we found out that Idris Elba would be taking over the role, and all seemed right in the world. What’s more, Elba’s version of Deadshot would be a more conflicted sort, which is saying something. The guy Smith played in David Ayer’s 2016 film was far from being the well-adjusted type. Now Variety reports that Bumblebee‘s very own John Cena is circling a role. Cena would be a great addition to the cast. He’d join Elba and Suicide Squad‘s breakout star, Margot Robbie (reprising her role as Harley Quinn). The question on everyone’s mind will be; but who will he play?

Gunn’s Suicide Squad is reported to be a reboot of sorts. The Hollywood Reporter had it that Gunn’s film will feature a slew of new characters (presumably Cena’s would be among them) while bringing back Deadshot and Quinn. THR reported at the time that the film will be “very much rooted in Gunn’s vibe, as seen in the Guardians movies.”

Viola Davis and Jai Courtney are also expected to return, as Amanda Waller and Captain Boomerang respectively. The internet is already speculating on who Cena could play—Polka-Dot Man is one leading candidate. The bizarre villain was often an adversary of Batman’s, and yes, he wore a polka dot costume that concealed his many weapons. Word is that Gunn wants another fellow wrestler-turned-star, Dave Bautista, a veteran of his Guardians of the Galaxy franchise, to play Peacemaker, a peace-loving super-soldier, a contradiction in terms and one we’d love to see. Both Bautista and Cena excel as character actors who bring both brawn and excellent comedic timing. Here’s hoping they get to butt heads and puns in Gunn’s film.

The Suicide Squad is currently slated to arrive in theaters on August 6, 2021.