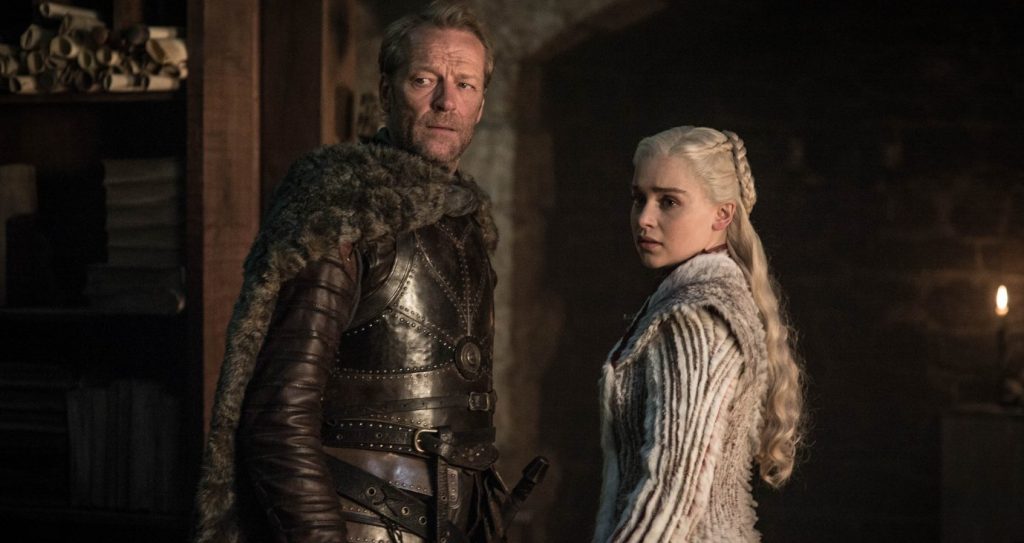 Game of Thrones Creators Had Ending in Mind for Five Years

Showrunners David Benioff and D.B. Weiss have been working on Game of Thrones for 11-years. When they began the journey of adapting George R. R. Martin‘s “A Song of Ice and Fire” book series, they had a lot of narrative road to work with. Then Game of Thrones zoomed past Martin’s books. Once it was clear they’d finish their series before he finished his books, Benioff and Weiss met with Martin to discuss how he was planning on ending his saga. The author is still working on “The Winds of Winter,” the sixth of seven planned entries in his epic series, while Game of Thrones is about to enter its 8th and final season.

Speaking with Entertainment Weekly, Benioff and Weiss revealed that they’ve had an idea for how they were going to end their series for five years. Here’s what Benioff had to say:

“It wasn’t like something where five years ago one of us said, ‘I think this has to happen and I know this is right.’ [The storyline was] something that gradually unfolded with neither of us wanting to plant a flag in the ground right out of the gate. Because what if you’re wrong? What if there’s a better idea out there and you planted a flag on the second- or third-best idea? So it was always more a ‘What if…’ conversation than an ‘I think that…’ So by the time we got to the place where we were outlining we already knew most of the big things.”

Benioff and Weiss are well aware of the pressure to stick the landing. Weiss discussed one iconic, infamous ending in particular:

“From the beginning, we’ve talked about how the show would end. A good story isn’t a good story if you have a bad ending. Of course we worry. It’s also part of the fun of any show that people love arguing about it. I loved the way David Chase ended The Sopranos [with its surprising cut to black]. I was one of those people who thought my TV had gone out. I got up and was checking the wires, unable to believe my cable had gone out in the most important moment of my favorite TV series. I think that was the best of all possible endings for that show. But a lot of people hated it. I’ve gotten into a lot of arguments with people about why that was a great ending, but people felt legitimately cheated and that’s their right to feel that way, just as it’s my right to feel like they’re idiots. I’ll always remember being on the subway headed to Yankees Stadium a couple days after The Sopranos ending aired. And there were like three different conversations in the subway and they were all about the exact same thing.”

With The Sopranos ending in mind (or Lost‘s ending, for that matter), they know that there’s practically no way to satisfy everyone with how they put a pin in their epic series. For this reason, they got back into the director’s chair for the series finale. Here’s Weiss on that decision:

“We trust our directors. When something has been sitting with you for so long, you have such a specific sense of the way each moment should play and feel. Not just in terms of ‘this shot or that shot,’ though sometimes it’s that as well. So it’s not really fair to ask somebody else to get that right. We’d be lurking over their shoulder every take driving them crazy, making it hard for them to do their job. If we’re going to drive anybody crazy, it might as well be ourselves. At least if something goes wrong, he can yell at me and I can yell at him.”

The beginning of the end is just about here. Game of Thrones 8th and final season premieres this Sunday night, April 14.