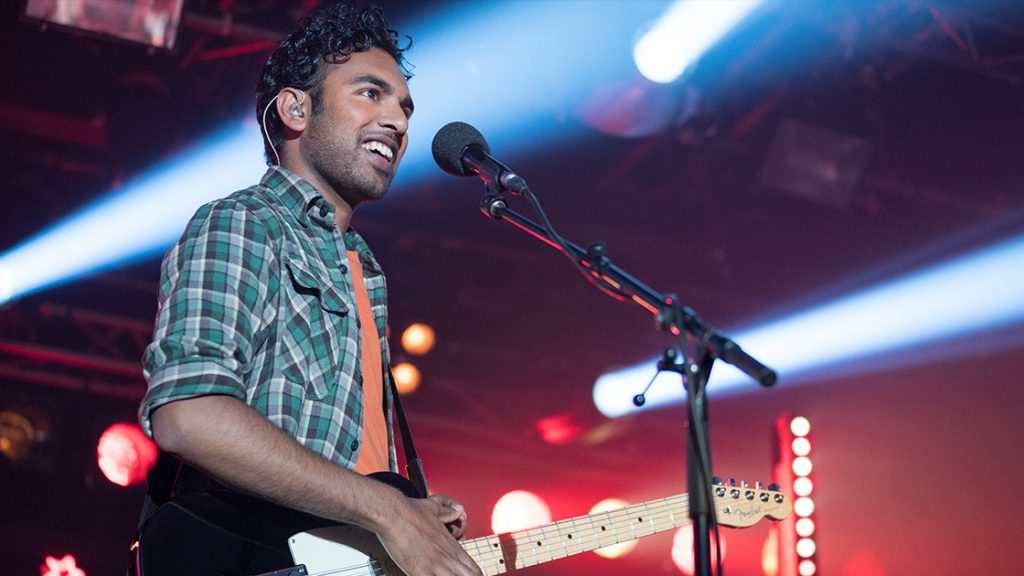 I have had this thought experiment so many times and now wish I had put pen to paper. What if you were the only person in the world who knew the greatest songs ever written? Would it matter if you didn’t actually write them?

The latest from director Danny Boyle appears to be a refreshing and charming new love story about becoming the biggest star in the world via someone else’s creativity. We all wish we were John, Paul, George or Ringo, but none of us will ever be able to take credit for their creativity. In Yesterday, however, Jack (Himesh Patel) survives a worldwide freak event with seemingly no lasting consequences. However, when he plays ‘Yesterday’ for his friends, he finds they’ve never heard it. In fact, no one in the world has ever heard it.

Balancing his fears of being found out as a fraud and a love triangle with an old friend and a beautiful young actress, Jack navigates his newfound fame. There are some hilarious bits in the trailer like what it would be like to Google something that you’re positive exists and get 0 results, or if people would know good music when they hear it. It looks like Jack may end up regretting his rise, but think I would definitely try to get away with it if I could remember all the lyrics.

Jack Malik (Himesh Patel, BBC’s Eastenders) is a struggling singer-songwriter in a tiny English seaside town whose dreams of fame are rapidly fading, despite the fierce devotion and support of his childhood best friend, Ellie (Lily James, Mama Mia! Here We Go Again). Then, after a freak bus accident during a mysterious global blackout, Jack wakes up to discover that The Beatles have never existed … and he finds himself with a very complicated problem, indeed. Performing songs by the greatest band in history to a world that has never heard them, and with a little help from his steel-hearted American agent, Debra (Emmy winner Kate McKinnon), Jack’s fame explodes. But as his star rises, he risks losing Ellie — the one person who always believed in him. With the door between his old life and his new closing, Jack will need to get back to where he once belonged and prove that all you need is love.