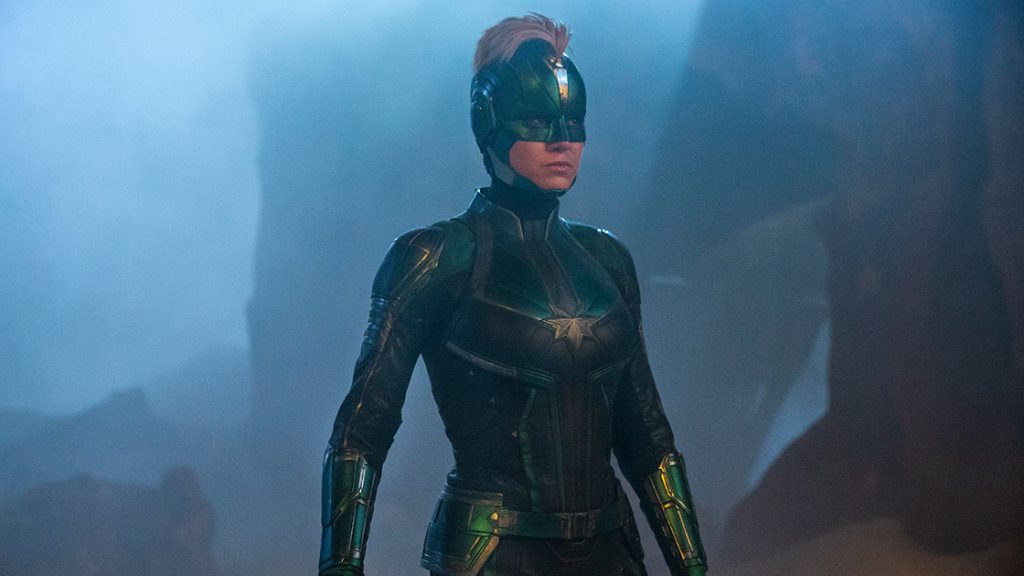 Who is up for a game of laser tag? That is seriously a lost art that we should revive. Brie Larson proves in a new Captain Marvel TV spot that being the most powerful being in the universe doesn’t mean you have to be dull. She is kicking some serious alien butt and having fun doing it. Ok, she isn’t actually playing laser tag, but Nick Fury (Samuel L. Jackson) does reference the bygone game.

Carol really lets loose in the latest look. There is a whole bunch of new footage here including a few wardrobe changes from Captain Marvel herself. Once she starts rocking out, the faux-hawk is fully formed and she changes from the green suit to the red, gold and blue. It is all cool, but there is maybe nothing that tops when she gets fully fired up.

“You know you’re glowing, right?” Fury asks her. Is she ever.

Honestly, Captain Marvel looks pretty unstoppable. We have yet to see her even take much of a hit and she pounds the completely defenseless Skrulls. She takes on at least three of the goblins at the same time single-handed. When those ghouls think they can intimidate her, she shows them exactly what she thinks of their silly scare tactics.

The cooler that Carol gets, the more I wonder about what happened to her. Why hasn’t she been seen on Earth since the 90s? She’s fun, fierce, and has a wicked roar. How could we ever let her go? Unless she was out protecting other planets who needed her powers more, there will need to be some serious explanation as to where she has been all these years. We have been in a pretty serious situation over here with Thanos overpowering all of the Avengers combined. Seems like a perfect time for her to blast in and show him where he can stick his Infinity Gauntlet.