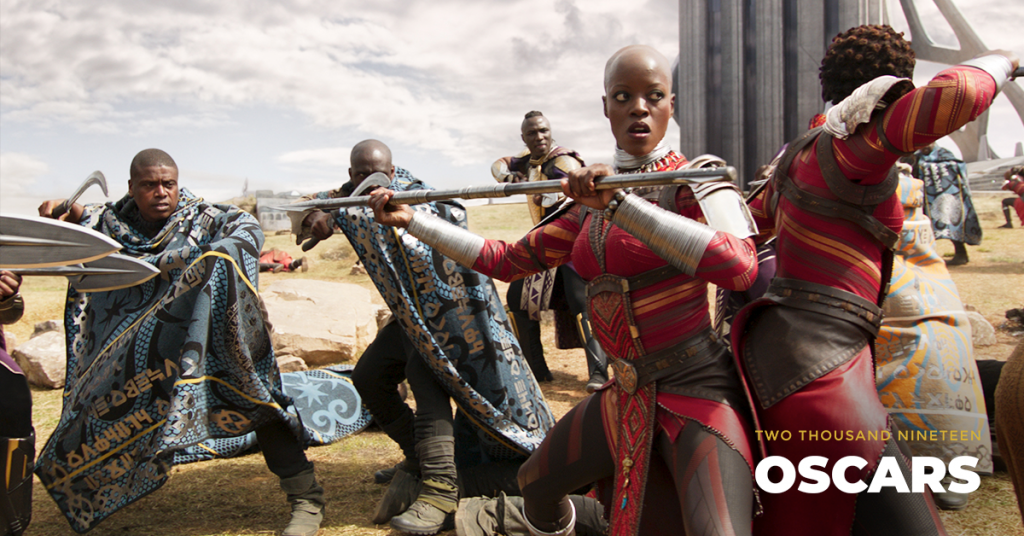 The minute Ludwig Göransson finished reading an early draft of Black Panther sent to him by director Ryan Coogler, the Swedish-born composer knew exactly what he needed to do. “I called up Ryan and said ‘I have to go to Africa,'” recalls Göransson, who is now reaping the benefits of his due diligence. Additional to the Best Score Emmy he won, Göransson is also vying for an Academy Award this Sunday for his Black Panther music.

Göransson had actually visited Africa before at the age of 20 when he spent a month in Gambia studying tribal drum techniques. “It’s funny because the last day I played a concert of what I’d learned,” says Göransson, speaking from his L.A. studio. “I felt really good about it until three four-year-olds walked up after the concert and started playing even more complex rhythms. Cut to thirteen years later, I realized I had to go back to the continent if I wanted to give Ryan the authentic score his script deserved.”

In search of a musical guide, Göransson connected through a mutual friend with singer Baaba Maal, considered a superstar in his native Senegal. Maal, featured on the soundtrack’s “Wakanda” song, invited Göransson and his wife to join him on his festival tour. “Just based on this one phone call,” he says, “We booked two plane tickets to Dakar without any real plan for what would happen on the other side.”

The resulting journey proved to be a “life-changing experience” for Göransson, who drove for 14 hours through back roads just in time to see Baaba Maal work his magic in a remote village. “We got there at two in the morning,” he says. “We heard this chord play from a synth, the crowd settles, Baaba takes the stage and does sort of like a musical sermon. Then the band kicked in with this pulsating African music, people rushed the stage and everyone just went nuts.”

Accompanying Maal and his band on the road, Göransson quickly picked up on traditional instrumentation that would lend itself to the world of Black Panther. “I became fascinated with the talking drum, which you put on your shoulder and squeeze to make different pitches, depending on how hard you squeeze. Traditionally, they’d play coded melodies and rhythms and send messages to all the villagers. So I asked one of the musicians Massamba Diop how he’d play the name T’Challa on the drum.” Göransson sings the melody he heard: doo doo doo. Doo doo doo. “That was so cool and I thought ‘What if we had six talking drum players playing this rhythm?’ So we got a group together, recorded that doo doo doo pattern and it became one of T’Challa’s themes. Every time Black Panther appears in the movie he’s accompanied by the massive sound of talking drums.”

Göransson also tuned into the emotive power of the fula. “It’s like a flute and the human voice almost at the same time,” he explains. “Hearing the fula for the first time, it felt very impulsive and aggressive so I immediately thought of Killmonger’s character. I told the musician Amadou Ba about Killmonger, then put him in a recording booth. Amadou transformed into a different person, screaming Killmonger’ name, laughing hysterically into the fula—it gave me serious goosebumps.” Göransson immediately voice-mailed the recording to Coogler, who in turn forwarded the fierce performance to Michal B. Jordan while he prepared for the role.

Göransson recorded primary rhythm tracks in Senegal with as many as 20 drummers pounding away at the same time. He then conducted a 94-piece symphony orchestra at Abbey Road Studios in London to create layers of western-style instrumentation. “For this movie,” Göransson says, “I had to completely reconfigure the way I write for an orchestra. Normally I would focus on melody and countermelody and harmony. But with African music, I prioritized rhythm so I used the orchestra in a more percussive way by arranging the different instrumental groups as if they were different types of drums.”

Back in Los Angeles, Göransson labored 12 hours a day in his studio experimenting with sounds and fine-tuning compositions with late night guidance from director Coogler. “Ryan worked at Disney on post-production from nine in the morning until midnight,” recalls Göransson, who has scored all of Coogler’s movies dating back to their student days at USC. “Then he’d come by my studio at one in the morning for another three hours so I could play him my cues and go over his notes. We did that almost every day for six months.”

Göransson’s ingenious deployment of West African percussion helps propel Black Panther, but even before he’d produced a single music cue, the composer sensed that Coogler’s movie was something special. “When I saw the first cut of Black Panther it was four hours long and had no temp music because Ryan doesn’t use temp music,” he says. “But it was such emotional experience that right afterward, I remember crying and calling my wife. I told her this is going to be the Star Wars for our generation.”