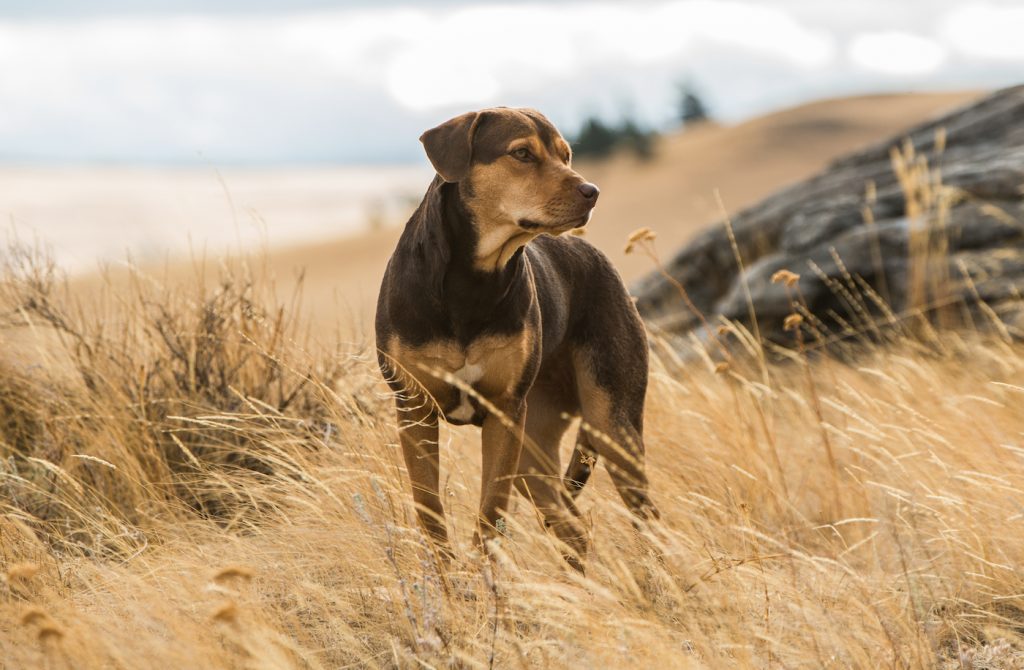 How A Dog’s Way Home‘s Director Found his Path

Remember Terry the Toad, the adorable nerdy high school kid who had a wild night in American Graffiti? And the government researcher out in the remote, bonding with the wolves out in the Arctic in Never Cry Wolf? Both were played by Charles Martin Smith, now a director who has specialized in films about kids and animals including the two Dolphin Tale movies and the current release, A Dog’s Way Home, based on the book by W. Bruce Cameron. Told from the perspective of a pit bull mix named Bella, voiced by Bryce Dallas Howard, it is the story of a journey over two years and 400 miles until Bella is reunited with her beloved Lucas (Jonah Hauer-King).  In an interview, Smith talked about working with Howard, the daughter of his American Graffiti co-star, and about how he captured one of the film’s most astonishing scenes, where Bella reunites with the now-grown mountain lion she protected as a cub.

One of my favorite scenes in the film is when Bella and the adult mountain lion she called “Big Kitten” are reunited. How did you make that work?

I’m glad that you found it convincing because we actually never had any mountain lions in the movie. No real mountain lion was ever used — it was all a visual effect with CGI mountain lions. I think our team did a really good job of it. It’s really just tricky because you have a real living live dog on screen and then right next to it you have to animate the interaction with a CGI mountain lion. I had to work each of those scenes out very carefully and we would have one of the dog’s trainers in a green suit next to the dog when they were nuzzling and petting. The trainer would pet the dog and move their hand around, let the dog kind of nuzzle the trainer’s hand, and then with visual effects, we removed the trainer from the scene and then animated the mountain lion so you get the interaction between the two; very clever.

Tell me about working with Bryce Dallas Howard to come up with Bella’s voice and persona as she goes from puppy to adult and matures over the course of the film. How did the two of you work together and what kind of guidance did you give her?

She did not join the movie until really right at the very end of the post-production process. We had different writers coming in and we would try different things. I did a lot of the writing of it myself. We had an actress who was reading the temporary lines against pictures so we could look at that and see how it worked. Then when we were all together and we really saw what we had and understood the character ourselves, then we started talking about what actress we should go to play the part and we all agreed that Bryce was just right. She has enough of that childlike element that works as the baby Bella, but she also has enough depth of feeling and so on to do the more serious moments for the adult Bella.

So as a writer and as a director you had to maintain quite a delicate balance in terms of what the dog understands versus what we in the audience understand. How did you maintain consistency in that character?

That was one of the really tricky things and something that we talked about incessantly. It’s a very tricky balance. It’s based on Bruce Cameron’s book and the dog is the one narrating the story. The question is then how do you translate that to a movie? So we were in a lot of discussions — do we want less narration?  Do we want more narration?  How much voiceover do we really want? I find that I prefer to err on the side of a little bit less because I feel like if the audience can see what the dog is going through you don’t need the dog to say it. On the other hand, for a younger audience, for children and so on maybe it is a little bit more important to have her talk more. So we tried a little bit less, we tried a little bit more, we’d take a line in, we’d take a line out; it was a long process of working through it with the editors and the producer in the studio but I think we ended up with a pretty good balance.

I understand that the dog was a rescue dog — is that right?

We actually had two dogs. Our lead dog was named Shelby and she was rescued from a shelter in Tennessee. Nobody really knows where she came from. The story that I heard is that the shelter found her in a junkyard wandering around loose and we found her there, kind of like Bella. And then of course because in movies you always need more than one dog that presented a problem. If you’re doing a movie like Lassie where you’ve got a collie or you’re doing one of the Beethoven films where you got a Saint Bernard, they’re purebred dogs and most of them will look pretty much like alike. You can find two that look identical. But it’s such a story point with Bella that she is not a purebred dog, she’s a mix, and so it’s very hard to find two dogs who are mixes that look identical. That was a big worry.

My other favorite scenes in the movie were when Bella was with the veterans who were all dealing with physical and emotional injuries. I loved the way helping Bella helped them.

That’s one of the parts of the movie that I’m really the proudest of and happiest with, and that all comes from Bruce Cameron’s book. He had that subplot in there and it was very important. We wanted to highlight the value of dogs as therapy dogs. They’re being used more and more in hospitals and with veterans with PTSD and so forth. They can be very comforting and it’s a part of Bella’s personality in the movie that she helps. That’s just in her DNA — she protects the baby mountain lion when she finds her, she feels like she’s protecting Lucas a lot of time, and even when she’s grabbed off the street by Edward James Olmos’ homeless character, who was also a very troubled veteran, it’s just in Bella’s nature to want to protect and help him, too, and I love that aspect. Dogs give that sort of protection and love unconditionally and that’s a wonderful thing.

With the veterans, is true it’s by helping her they are helping themselves and it’s a truly symbiotic relationship. I had a great time with that scene. Most of those actors are genuine military veterans and so they were obviously very convincing at being able to do this. I had a couple of them come up to me during the filming of the movie and thank me for including them and veterans issues. I didn’t want to do it in a heavy-handed way but I just wanted it to be there.

[Laughs] Another dolphin, another dog, a giraffe, a rhinoceros, I don’t know. I certainly have the reputation in Hollywood as the go-to guy for animal movies and I actually really enjoy it even with the old joke about never working with kids or animals. I actually love working with both.