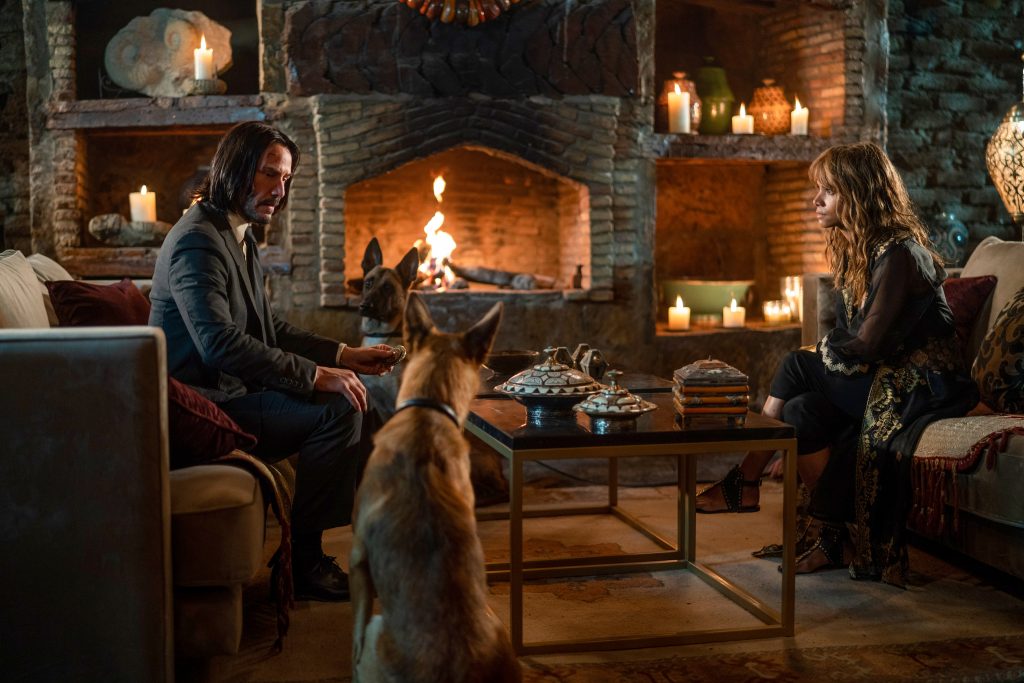 I feel powerful. It is John Wick (Keanu Reeves) against the world in the first trailer for Parabellum and his incredible focus and drive are very motivating. Also, I have never loved the use of Andy Williams’ The Impossible Dream more and man, have I loved it in my lifetime.

This might be one of the most exciting trailers released in recent years. The hunt is on for the hitman on the run and there appears to be only one person, and two dogs, on his side. Halle Berry is making her debut in the series as Sofia. She’s a fellow hitman with incredible style and an amazing pad. Just when we think nothing can get more exhilarating than seeing John cut down his attackers, things get even better when they fight as a team. With the clock ticking, John has to escape death, which comes at him from literally every angle.

The stunt-heavy trilogy appears primed to outdo itself. Stunt coordinator and director Chad Stahelski returns for John Wick: Chapter 3 – Parabellum. There are some crazy action sequences here where John is way outmanned and out armed. The most intense, however, are likely to be chase scenes. Think you’ve seen it all before? Doubt you’ve seen a man with a bounty on his head fight off an entire city on horseback. John is nothing if not resourceful. He also finds a lethal use for a book.

John Wick (Keanu Reeves) is on the run for two reasons… he’s being hunted for a global $14 million dollar open contract on his life, and for breaking a central rule: taking a life on Continental Hotel grounds. The victim was a member of the High Table who ordered the open contract. John should have already been executed, except the Continental’s manager, Winston, has given him a one-hour grace period before he’s “Excommunicado” – membership revoked, banned from all services and cut off from other members. John uses the service industry to stay alive as he fights and kills his way out of New York City.