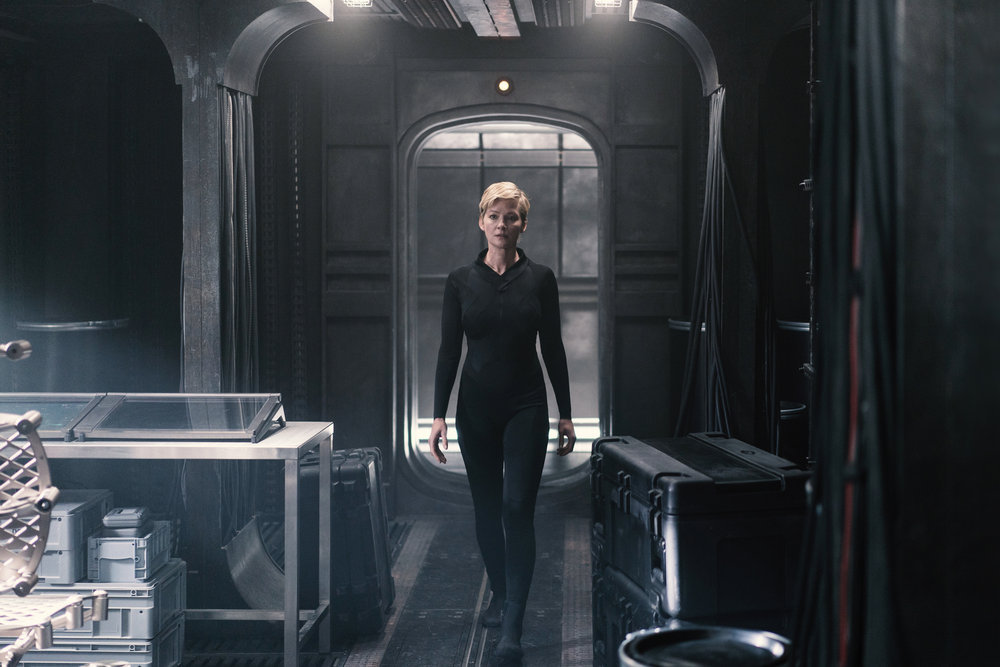 The Opening Scene of Nightflyers is a Nightmare in Space

There is plenty to worry about in outer space. Temperatures that will instantly freeze the human body, a lack of breathable atmosphere, and giant flying rock formations. Being a space traveler is difficult enough without a homicidal madman on the loose, but that is what the crew faces in the first five minutes of Nightflyers.

The new series sent shockwaves through SDCC when the footage was released. Now, Rotten Tomatoes has shared the terrifying opening scene for everyone to view. It’s incredibly gory and graphic, so think before clicking if you’re at all squeamish.

A terrified Dr. Agatha Matheson (Gretchen Mol) is fighting for her life in zero gravity when the show opens. Rather than to stay alive, her main mission is to send a message back to Earth, and it’s a heartbreaking one. She isn’t asking for help, but instead to avoid the ship at all costs. Something terrible has happened and she apparently believes it would have catastrophic implications if the Nightflyer made landfall. Namely, crew member Rowan (Angus Sampson) is trying to hack people up with a hatchet. He may be a bad dude, but more likely something on the ship has driven him mad. Good call to not let anyone go near the violent scene. The bloodiest bit that had me cringing comes at the end of the clip.

I am curious as to where in the show of the timeline this opening scene falls. Will we rewind in time to discover how things got so bad, or is this just a launching off point? I also wonder if Rowan is the only crew member to lose his mind and murdered the others, or if he’ll have a reckoning. It is definitely an intriguing beginning to the series that takes place in a very isolated space.

The official synopsis fills in a few more clues:

In 2093, in hopes of making contact with a mysterious alien life at the edge of our solar system, a group of maverick scientists and a powerful telepath embark on an expedition aboard The Nightflyer. As they race towards first contact, terrifying and violent events begin to occur, causing the once tight-knit crew to mistrust each other. It’s not long before their main mission becomes survival.

Featured Image: NIGHTFLYERS — “All That We Left Behind” Episode 101– Pictured: Gretchen Mol as Agatha — (Photo by: Jonathan Hession/Syfy)