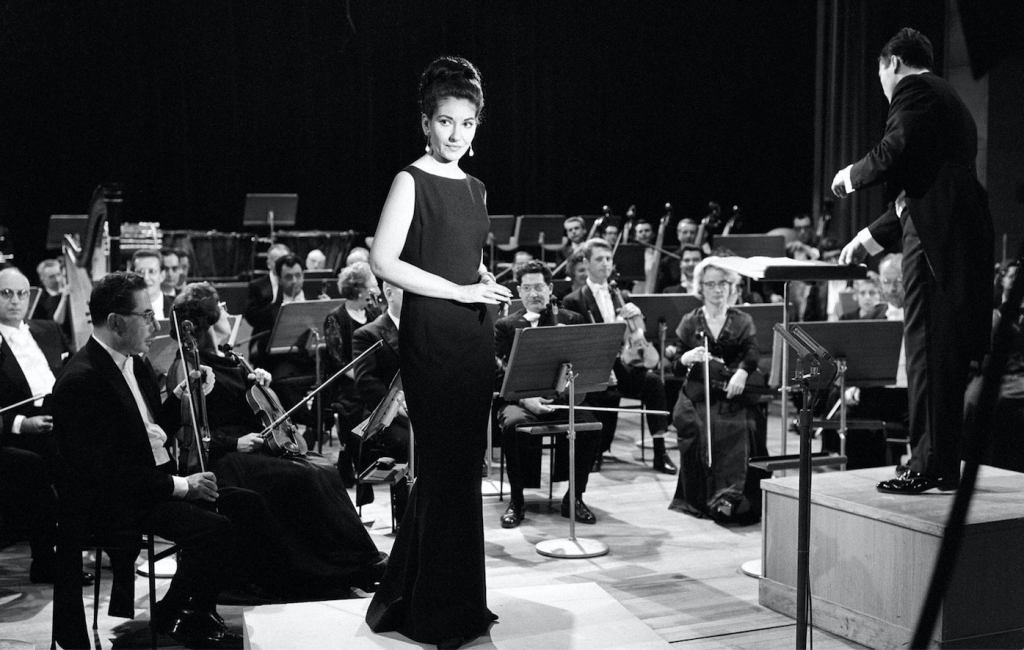 Maria by Callas writer/director Tom Volf discovered opera only 7 years ago, yet he very quickly found a passion for the fascinating artistic and personal life of Greek-American opera legend Maria Callas. Delving into copious research, he unearthed never-before-seen footage, photographs, recordings, and interviews. The result is a film created entirely from Callas’s own words. It is a fascinating look at art, fame, and the life of a woman of her time. We spoke to Volf about the complications of building a film in that way, and what he hopes to achieve in its finding an audience.

You had all these interviews, letters, and recordings of Maria Callas.  What was the biggest challenge bringing the film together and making it cohesive?

The biggest challenge was really having it entirely in her own words, because that was really the goal from the beginning. The film would have to be entirely without narration or voiceover from another point of view, using 100% of her words from archives. Of course, this is very unusual for a documentary. It’s just about never been done in this way. To use all the material, the letters, the films, the interviews, and all that, it was like rebuilding a puzzle out of scattered pieces.  There might only be a certain amount of pieces, and that’s all there is to build her story.  It was a huge challenge to represent all the seasons and events in her life with material that we found.

The editing must have been a Herculean task.  You worked with award-winning editor Janice Jones. Can you talk about that collaboration?

We had a script and I’d been working on it for 4 years before we entered the editing room, but a film like this really is made, assembled, and created there. You can see what works and what doesn’t. It is in assembling these pieces that all this material comes to life, and tells one story. Janice was really special. First and foremost, we spent 6 months in the editing room. We worked 7 days a week, often day and night. It felt like climbing Mt. Everest. It was only the two of us, so it was an intimate setting. It was essential to bring this film to life in such an intimate way because it’s built almost like a dialogue between her and the audience. It was very meticulous work. Janice came in and brought a fresh look.  It was so important to have the film edited by a woman because it is a woman’s story and a woman’s point of view. I had spent years with Callas, in a way, immersed in her story. I really needed Janice’s perspective and a woman’s sensibility to find the right pace, the right way to put the film together in an authentic way.  It was a very precious collaboration.

The David Frost interview, which was supposed to be lost for 50 years, found the light of day. For most of the people who see it, it will seem completely new. It is such an important backbone for the film. For us, it was so much more than an interview but rather more like a confession. The things she says, and the way she says them, are things she never said before or after, and certainly not in this way. It speaks to the opening words of the film, “There are two people in me. There is Maria and there is Callas.” The whole film is built around that interview, almost like a flashback. She is looking back on her life. It’s chronological, but a flashback from that evening with David Frost. It’s a peculiar arc, but a unique way to put a film together. It’s not really a documentary and not really a feature, it’s almost like a new genre that’s not been explored much up until now.

You commissioned new translations of the operatic arias played in the film by the Met Opera dramaturge. Can you talk about why that was so important, as it relates to the filmed performances shown in Maria by Callas?

I believe the lyrics that she sings in the operatic arias have a whole subtext that is beyond the operas themselves and the characters, and that they are also about her. They are the link between Callas and Maria. When she says at the beginning of the film, “If someone really tries to listen to me, they will find all of myself in there,” the lyrics she sings tell us about her life as a woman, and also about the particular times. The arias she decides to sing will always have great meaning to her, and as such are revelatory about what’s happening in her life. It was important to have an accurate, precise translation of the words, not necessarily making them poetical, but making them true and authentic. What are the characters actually saying, and what does it say about her? In a way, she made all of these women, these characters, very realistic, so it was important that whenever she sings, those characters are speaking as realistically, or as humanly as she would have wanted to portray them.

You show in Maria by Callas that she is an opera singer that must be both listened to and watched. Acting is a fundamental element of her genius as a performer.

That’s exactly what makes her unique. She was always merging musical interpretation, because she was a consummate musician, with an enormous capacity as an actor bringing a character to life. This really is what makes Callas stand out, and continue to be compelling after all these years. She opens the eyes of people who don’t know or even like opera and is probably the best introduction to that world. I didn’t know anything about opera as little as 6 years ago.  She is really the one who made me fall in love with it. Maria Callas makes opera more accessible. I hope that the film can also do that.