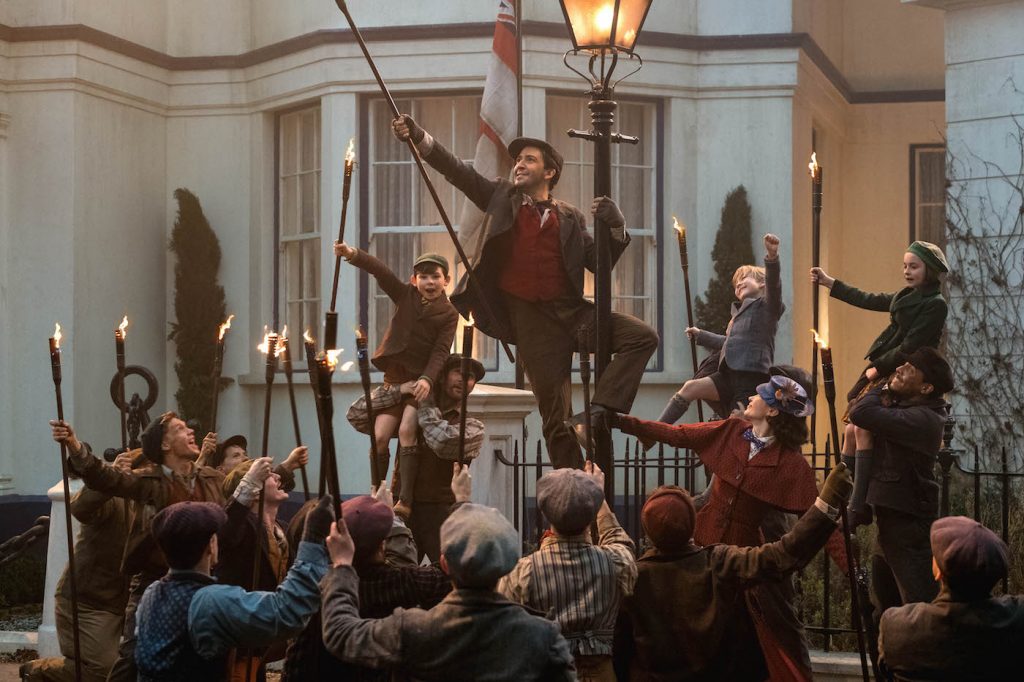 Need some magic to push you through the busy holiday season? Emily Blunt and Lin-Manuel Miranda are here to brighten everyone’s spirits. Two new tracks from Mary Poppins Returns have dropped on Disney’s Vevo and they’re just as delightful as you would hope.

The first is a beautiful lullaby style ballad with that gives a good solid yank on the heartstrings. ‘The Place Where Lost Things Go’ capitalizes on the bygone childhood of many of the original Mary Poppins fans. Never fear, there is a place where lost things go and they can be found again. Even the wonder of being young. That is probably the primary lesson that Mary returns to teach the Banks children, even the grown ones.

If that feels too melancholy, you can jazz things up with Miranda’s cockney accent. He plays a character named Jack but seems to have a lot in common with Dick Van Dyke’s character, Bert, from the original film. Rather than a chimney sweep, however, Jack seems to have the duties of being a lamplighter. The song is appropriately named ‘Trip a Little Light Fantastic’ and is designed to be a mood booster. The music is spot on for that task, because who wouldn’t feel better after dancing a Broadway number through London with Lin-Manuel Miranda?

Disney also released a clip showing the first time the adult Banks’ see their old nanny for the first time. Blunt does a callback to lessons Poppins taught the children ages ago, but seem to have forgotten.

Dame Julie Andrews will not be reprising her iconic role as Mary Poppins, although she did approve of handing nanny duties off to Emily Blunt. That doesn’t mean, however, that Andrews has lost her magic touch. Entertainment Weekly has reported that she will be lending her golden voice to “the mythic Karathen, an undersea creature that holds the key to Arthur Curry’s (Jason Momoa) quest to unite the Atlantean and surface worlds” in Aquaman this December.