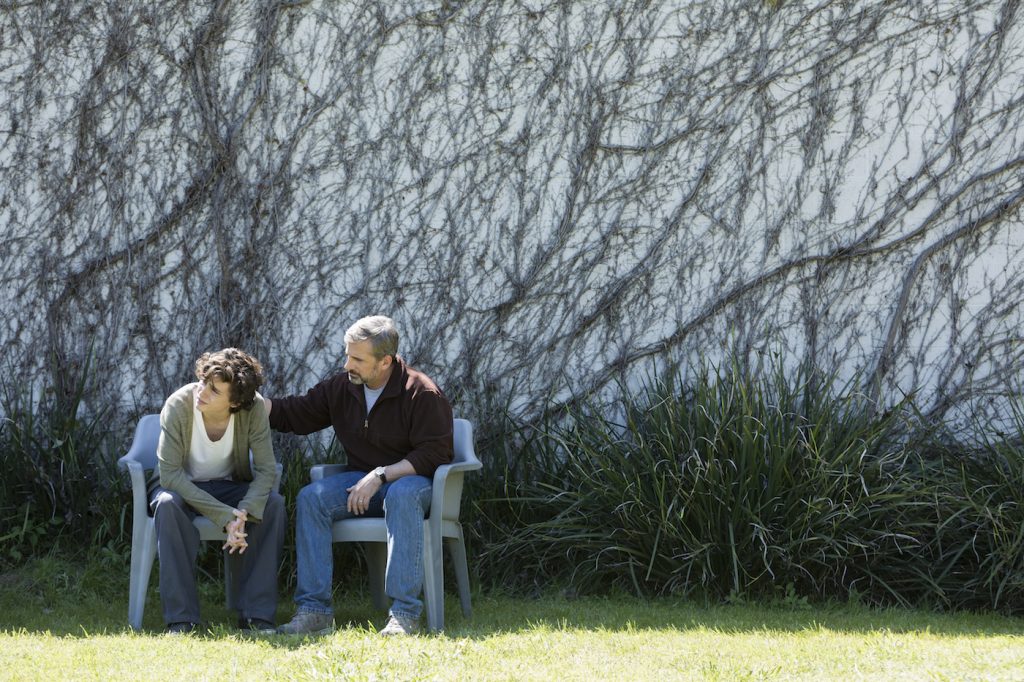 Known for his critically-acclaimed film Broken Circle Breakdown, which was the Belgian entry for a Best Foreign Language Film Academy Award, writer/director Felix van Groeningen has been courted for years by Hollywood producers to helm his first English language film. He found the perfect project in Beautiful Boy, based on two bestselling memoirs by writers David and Nic Sheff. David’s book, from which the film gets its title, is about his journey dealing with his crystal meth and drug-addicted son Nic. Nic himself wrote “Tweak: Growing Up on Methamphetamines,” about his own struggles with dependency and his journey to recovery, including the relapses and strains on his family. The film stars Steve Carrell and Timothee Chalamet as David and Nic and has been getting lots of awards attention for both actors. We spoke to Groeningen about his experience crafting the story and creating a narrative film that remains true to the experiences of these real-life subjects.

It seems like a lot of your work focuses, as sad as the subjects can often be, on catharsis and emotional release. It’s how we as audience members stay invested in the story. As a filmmaker, that must be something difficult to achieve.

It is true, catharsis is important. As a filmmaker, I guess, you try and see the emotions and play with those emotions to get to the cathartic moment. But how do you get there? You can’t reason it, actually. In hindsight, you can, but while you’re doing it, and while it’s not working, it’s like, ‘Why isn’t this working?’ and often it’s because you’re hitting the same note too many times, or you’re playing a false note. Then all of the sudden, you move something or get rid of a scene, and it happens. It transports you. It amazes you. Catharsis has tremendous power. In the best cases, my films do that with me. They run away with me, they become so much bigger. They grab me and make me feel, and when that happens, they become more than I even hoped for.

You have spoken about the fact that you lost your father in your 20s. How did that influence your choice of making this film, or did it?

What I immediately connected to in the story is that the vibe of this family was recognizable for me. The fact that I lost my dad, I think, makes me open to father-son stories. I’ve been wanting to become a father myself, and have just recently become one. It had me asking questions about how those relationships are built, or destroyed, or healed. Those things just fascinate me, and they’ve fascinated me in other films, too, but in different ways, or on other levels.

But as to the loss of my own father, It’s not direct. It’s like there’s something that I’ve experienced and lost, and by facing it through the stories that I work on and turn into films, I learn from it, the emotional side of it. I learn to deal with it as a person. It teaches me how I want to be a father, I guess. It’s not directly related. It’s me looking at a situation, observing, analyzing…having two books and a lot of source material, and just feeling an immediate connection, in dramatizing it, I can work out my own thoughts, my own feeling. Yes, it is all very personal, but in a sense, it really is safer than telling my own story.

How important was the music as part of creating the film? It made such an impact and were so emotional as part of the scenes in which you used them.

It was part of the journey, I would say. I always knew I wanted to use a lot of music, being inspired by the books. David and Nic have very eclectic taste. David is a journalist and interviewed John Lennon and other big musicians. Nic has very diverse taste, too. They share music. So, it found its way into the script with the Nirvana song, and Beautiful Boy, which is sung and played, and I knew that I wanted to do more, but it was only in the final phase of the editing that it became what it is now. The thing was, we had a couple of songs and we had a score. It was working, but it wasn’t good enough. It was my editor who said, ‘I have to make the bold choice to throw the composed score out of this. Just throw it out and only use songs. Just go bolder with that, and it will just start working.’ And so, we did that. He convinced me. It started working very beautifully choosing them based on the time moving back and forth. It made us find solutions to make existing songs become score, like with the Sigur Ros song, which is over seven minutes in the movie. It was a challenge. It was a thing that my editor Nico Leunen, who worked on all my previous films, and I had never done. Something really beautiful happened in the choice of songs, too, because although music is really important in all my movies, I don’t necessarily consider myself to have great taste, so I do lean on other people to help me out with that. With Nico and I, as we’ve gotten to know each other over the years, there have been songs he’s introduced me to, songs we both really love, and we brought some of them into the film, and they just worked perfectly. Finding the music was part of our journey together as collaborators.  It just came together organically by trusting our instincts.

There is a lot of visual art used in Beautiful Boy, from Nic’s art journal to his stepmother Karen’s art.  Where did you find that work?

Nic’s journal is so intense and so important to a way in, and to see who he is and how he evolves or devolves. The art is by Nic’s brother Jasper Sheff…the real Jasper. He’s twenty-four now, an artist, a musician, and he worked on the movie as a PA. It was all by accident. The art department figured out he was making art, incredible drawings. He made the whole journal. The other art you see in the movie is actually really Karen’s art. Even Daisy’s art, she makes strange pottery and sculptures, and you see all that. They were very open with it, and it made the movie.