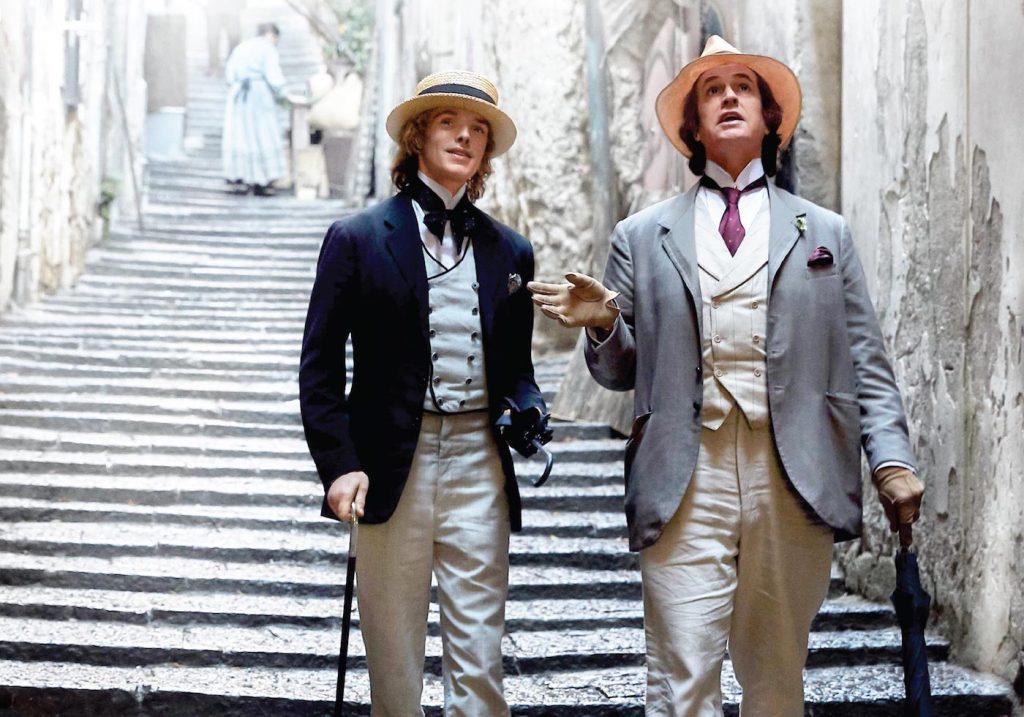 Fans of both Rupert Everett and literary great Oscar Wilde have been patiently waiting for the release of the new film The Happy Prince, which has been 10 years in the making. The film Everett wrote, directed, and stars in is an unvarnished look at Wilde’s last few years, following his decline after release from a two-year imprisonment for homosexuality. We spoke to Everett about what inspired him as a first-time director, and he offered his perspective on the man he calls the “patron saint of the LGBTQ community”.

What experiences and aspects of filmmaking inspired or excited you, beyond the feeling that it was necessary to the film getting made, in directing your first feature?

Design and costume have always been two of my fascinations in the movies and having started out with my first two movies being quite design-oriented, I found I loved that about them. I also loved my education in the movies as a viewer. The films of the fifties, by Nicholas Ray, especially with James Dean, all those were very organized looking, the ones I was brought up on, and the Hollywood movies of the 30s, and movies both from the UK and Hollywood of the 70s. For example, if you look Chinatown, it has such great production design, as does The Day of the Locust. I love the production design and art direction of Richard Macdonald. I was very keen for my film to have a texture and design worthy of someone like Danilo Donati, or the other great Italian designers I had the luck to work with, like costume designer Piero Tosi. I wanted my film to have that texture and density of design and costume. After all, costume is the first thing anyone sees. I find that whole side of things the most fascinating and wonderful and challenging because, on a film like mine, I didn’t have the money to make it all in the studio. Because of the financing, I had to make fifty percent of it in Germany, and none of the story happened there.

The challenge of creating Neapolitan and Parisian interiors in Munich was one of the things I really loved about my film. It took ten years to get together, and I spent all the times when it wasn’t working out well and I had nothing to do, doing my own research, and finding places to shoot. So by the time we filmed, I had everything in my mind, ready. And I had these three castles in Franconia, which is the southernmost tip of Bavaria, and we shot the whole film in three castles. They were amazing locations. That’s really how I think I got my film to the standard that it is, in terms of the look of it, and the depth of the detail.

Oscar Wilde is such a complicated character in history. Do you think he believed he had to suffer for his art?

I don’t think he saw being an artist, from his point of view, as suffering. He was quite canny all the way through his life. When Gilbert and Sullivan wrote an opera with a character that lampooned him, instead of being upset about it, he suggested he go on tour with them to America, to show the world what the real character that they were lampooning was like. So, he was quite opportunistic. He was also quite lazy, and he loved luxury. So, I don’t think he was ever planning on a life and career as a suffering artist. He married a wealthy woman, whom I think he loved, by the way. I don’t think he knew what it was like to be a suffering artist, until he went into the other side of the mirror, as it were.

I think the tragedy of Wilde is that, really, his downfall came because he denied himself. When Lord Queensbury, the father of his boyfriend, sent a letter addressed to “Oscar Wilde, posing as a sodomite,” he took the man to court and sued him for libel. What Oscar was, at this point, was a huge star who thought the whole world was revolving around him. Queensbury was right. He wasn’t just posing as a sodomite, he was one. For him to take it to court was insane! Wilde very much was the director or the captain of his sinking ship. That is something I find really extraordinary and very touching about him, because we all are, in the end, the captains of our sinking ships. Most of our ships, luckily, don’t sink, because we kind of wing it. We get away with things, but he didn’t. He kind of went flying off the edge of the cliff. That, to me, makes him a more attractive character. It’s the humanity of Wilde, including the flaws and everything that, for me, is enduring about him.

There are some scenes of Wilde being harassed and treated badly in the film that reminded me of Stonewall, and the challenges of being gay in the late 60s of the last century.

Well, for me, my experience wasn’t with Stonewall. My experience was similar, in that, coming to London in 1975, it had only been legal to be gay for seven years. The police were behind the law, and they made most of the ambiguity in it. Bars and discos were raided regularly. Quite often, you’d find yourself running away from the police, or being herded into a paddy wagon to spend a couple of hours in jail for no reason. So, Wilde is very present as an idea through all that. Not just as a character, but someone whose footsteps we are still very much legally walking in. I think everybody in the gay scene in those days, which was quite small and amazing because it was ageless and classless, got credit just for showing up. But everybody would have known the name Oscar Wilde. In gay England in the 70s, someone with no education at all, not just a university-educated, highbrow queen, everyone would have known Oscar Wilde, because he was synonymous with our quest for freedom.

He was a genius and was and still is very much a gay icon.

Yes, for the LGBTQ community, he is our patron saint, because really the gay movement began with his death, and homosexuality, as a word, started with his death. As a debate, it all kicked off with Wilde, really. He is an amazingly important character, but for me, he has been and still is a source of great inspiration.