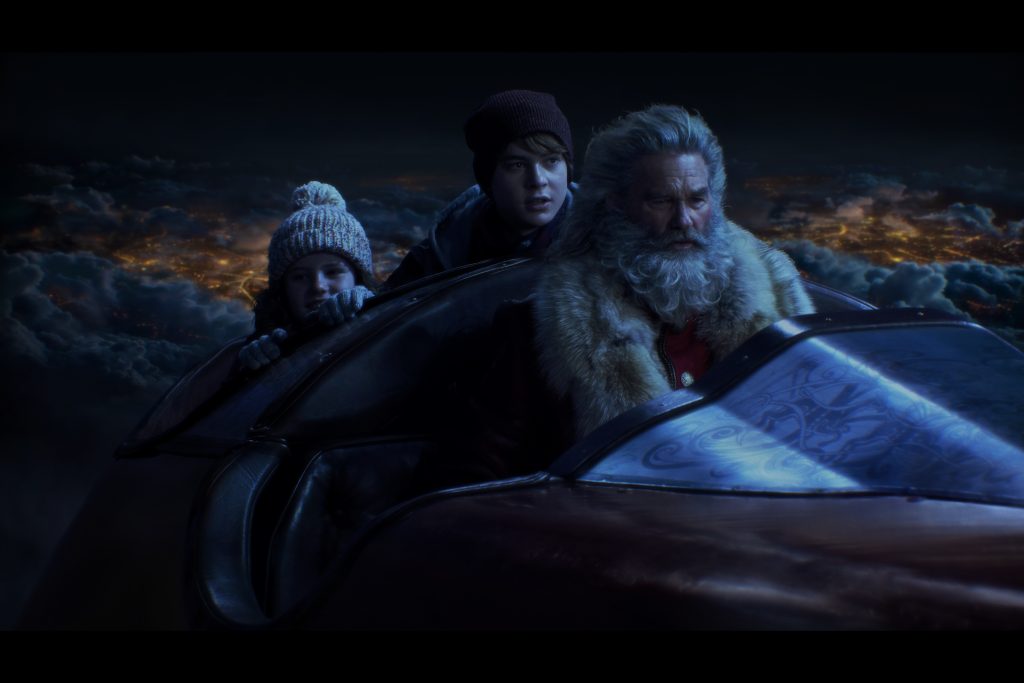 Kurt Russell is the best thing to happen to Santa since Tim Allen scared the big man off his roof. The Santa Clause was a defining holiday moment for my generation and Kurt Russell is upping the ante in a new Christmas gift you can enjoy from Thanksgiving to whenever you take your tree down. No judgment. The first trailer for The Christmas Chronicles has arrived and Santa is real. Like, he exists but also just keeps it real, you know?

Russell isn’t your normal Santa. He’s a cool Santa. He’s got the thickest head and facial hair of any Santa you’ll ever know with a little pepper in it. He keeps it trim and can get down with some live jazz. Also, he’s so good at his job, he spikes the package on delivery. Russell is kind of the Michael of Santa Claus’. Remember the Nora Ephron movie where John Travolta played a bad boy angel that shocked everyone? Well, Russell is the perfectly coifed Kris Kringle that does his job like a pro but isn’t about your stereotypes. Deal with it.

The trailer actually looks really magical. It has a familiar element of the nostalgic – Santa still uses a card catalog – but he’s also with the times. There isn’t a clear plotline here, but we imagine it’s just a wild night out with Father Christmas. There are two kids that get wrapped up in the hijinks, which is a dream come true for anyone young at heart.

After watching this preview, I know exactly what to ask Santa for this Christmas. At one point, Santa and Teddy (Judah Lewis) have an out of control car situation. Russell asks, “If you ever meet Mrs. Claus, maybe just skip this part.” Can we PLEASE get Goldie Hawn as Mrs. Claus? I promise to never ask for anything ever again.

The Christmas Chronicles will be under the Netflix tree on November 22.