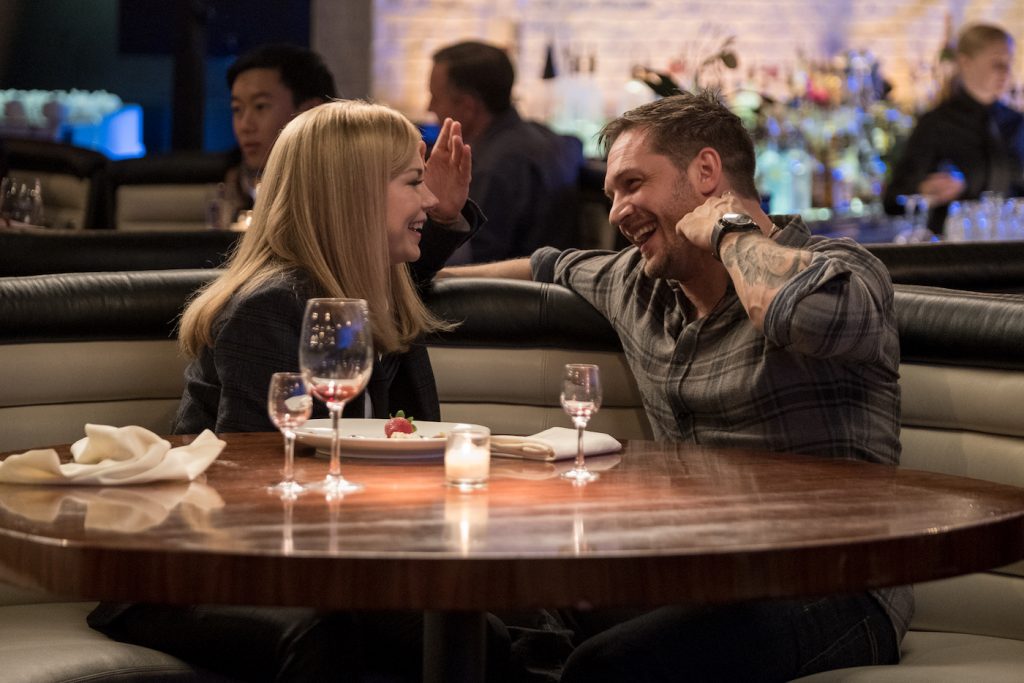 Spider-Man is gone, but not forgotten in Venom. Peter Parker and Eddie Brock (Tom Hardy) have some serious history, but the teenage web-slinging superhero did not appear in the Symbiote film. The two characters did not cut all ties, however. They’re still a part of the MCU and can’t escape their connection. Producers Avi Arad and Matt Tolmach gave Collider a cheat sheet for spotting the Spider-Man mentions in Venom.

The first might be a reference that seemed like a throwaway line, but it will make sense to those of us who are up to date on the MCU. Eddie Brock and Anne Weying (Michelle Williams) may not have any direct interaction with Peter Parker, but they seem to be aware of his heroic activities. The couple goes out for a bite to eat and Anne said, “We don’t want a repeat of New York.” Anne is apparently referencing the events of Spider-Man: Homecoming that went down in the city that never sleeps. Venom takes place on the other side of the country, so Eddie and Anne weren’t anywhere near the action and are far enough removed to joke about the whole thing. Luckily for the Big Apple, Spider-Man is unlikely to wreak havoc on the city anytime soon.

Unfortunately, he is ill-fated and crashes into Earth. After harvesting alien symbiotes, a spacecraft makes an unsuccessful landing killing all but one astronaut on board. Carlton Drake (Riz Ahmed) asks, “Is that Jameson?” Arad and Tolmach confirmed that the character, played by Chris O’Hara, is the son of Daily Bugle editor-in-chief, J. Jonah Jameson. John Jameson is a prominent astronaut in the comics, so avid readers likely already recognized his appearance. They’re both brief references to the youngest Avenger, but perhaps this foreshadows their on-screen worlds will collide in a sequel soon.

Venom is in theaters now.