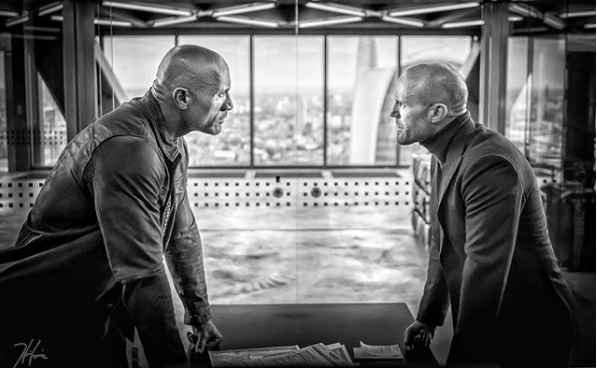 The Fast and the Furious series is virtually invincible. Each of the eight films keeps upping the ante and with Dwayne Johnson’s star power skyrocketing, the franchise shows no signs of putting on the brakes. Even if you thought there was a chase that the series would slow down around the curve, here is proof that things are accelerating. Spinoff Hobbs and Shaw has added superstar Idris Elba to the cast and Johnson shared the first look.

Johnson welcomed the new character, referencing his own villainous past. As The Rock, Johnson was something of an antihero in WWE. These days he’s mostly gone good, but he said he can still appreciate a delicious bad guy once in a while.

“I learned a long time ago (when I was a very sinful eyebrow raising villainous man in the crazy world of pro wrestling;) that heroes are only as great as their greatest villains,” Johnson captured the image of Elba in character.

Elba will be playing Brixton, and while we don’t know the nature of his character, he comes fully armed and with some serious backup. The rest of Brixton’s gun-wielding team has full protection on, including helmets. But who would want to hide that smoldering mug under a mask? Brixton charges toward the threat unflinching sans headgear.

Hobbs and Shaw will feature Fast and the Furious mainstays. Johnson returns to play Agent Luke Hobbs and will team up with Jason Statham’s Deckard Shaw. The scene-stealing duo will have their hands full if Johnson’s post is any indication. The star called Brixton “undefeated” and teased the film will feature the “showdown of all showdowns.” With these three involved, we believe it. The first image of Johnson and Statham, however, looks like they are ready for whatever comes their way.