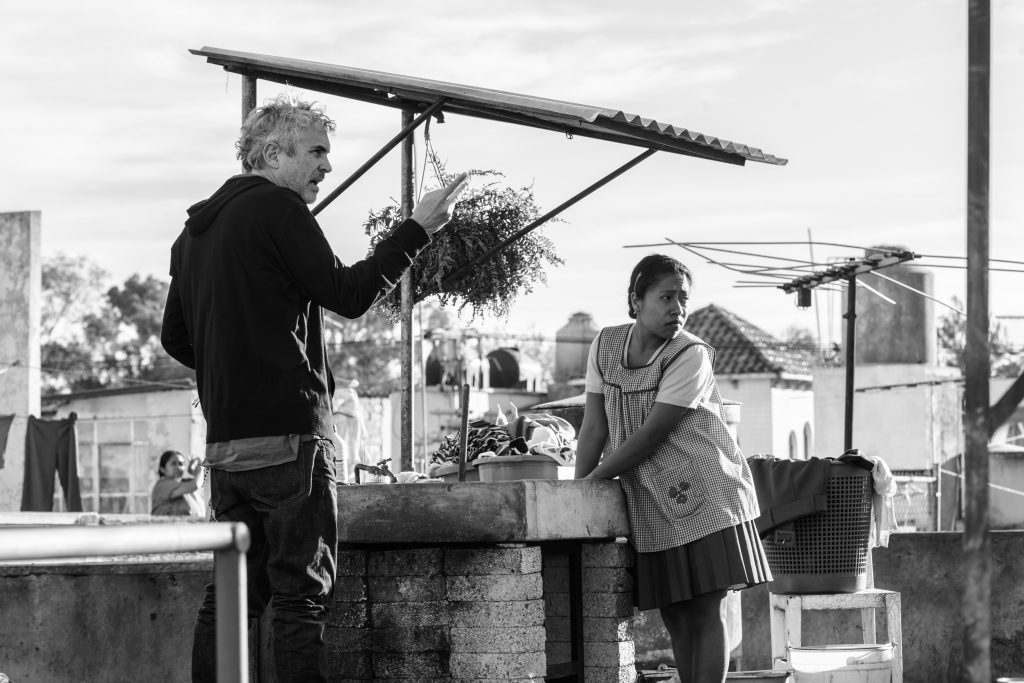 Roma made a predictably elegant debut at the Venice Film Festival last night, dazzling critics. Phrases like “achingly beautiful” and “engrossing” were used to describe the semi-autobiographical work.

The audience in Venice obviously got to experience Cuarón’s work on a theater screen, which is how the director intends the film to be viewed. However, Roma’s theatrical run will coincide with its release on Netflix. That gives audiences the potential to view the piece on their 4-inch phone screen, a vast change from Cuarón’s last work, Gravity.

“Obviously, the ideal situation would be a theater on a big screen,” Cuaron said as reported by Reuters. “(But) the important thing is that the film has an impact … This film exists and therefore I am very grateful to Netflix because they have allowed me to work in this way.”

Regardless of screen size, Roma promises to be more than a film. It is an experience. Here is a sample of the glowing reviews coming out of Venice Film Festival.

“Roma” is no mere movie — it’s a vision, a memory play that unfolds with a gritty and virtuosic time-machine austerity. It’s a Proustian reverie, dreamed and designed down to the last street corner and scuffed piece of furniture.” Owen Gleiberman, Variety

“Blessed with an exceptionally acute sensitivity to the things of life, Roma is a memory film of unusual beauty that pushes to the foreground what is commonly left in the background. Alfonso Cuaron’s long-aborning, autobiographically inspired drama impressionistically re-creates the titular Mexico City neighborhood circa 1970-71, but concentrates less on kids than on the sometimes confounding behavior of the adults around them.” Todd McCarthy, The Hollywood Reporter

“There are more than a few of these catastrophes in Roma, and they are technical wonders. Cuaron’s sense of depth and panoramic movement has never been put to more stunning use (and yes, I’m counting that shot in Children of Men: this is more symphonic, more emotionally fantastical stuff).” Emily Yoshida, Vulture

“Roma is his best film so far: a thrilling, engrossing and moving picture with a richly personal story to tell, beautifully and dynamically shot in pellucid black and white.” Peter Bradshaw, The Guardian

“While it has none of the breathtaking science-fiction shots that made “Gravity” a must-see-at-the-cinema movie, “Roma” is achingly beautiful, shot in the crisp, large-format digital 65mm format, with long, cinematic tracking shots of a re-created 1970 Mexico City and dramatic land and sea-scapes.” Robin Pomeroy, Reuters

“Roma assembles its narrative out of small moments, as the director’s camera pans slowly through various scenes to soak in the distinctive locale, while dispensing tidbits of story details from unlikely places. (It begs for multiple viewings, which could make the controversial decision for Cuarón to release the movie on Netflix actually a godsend, even though it deserves a big screen.)” Eric Kohn, Indiewire

Roma is available in theaters and on Netflix December 14.