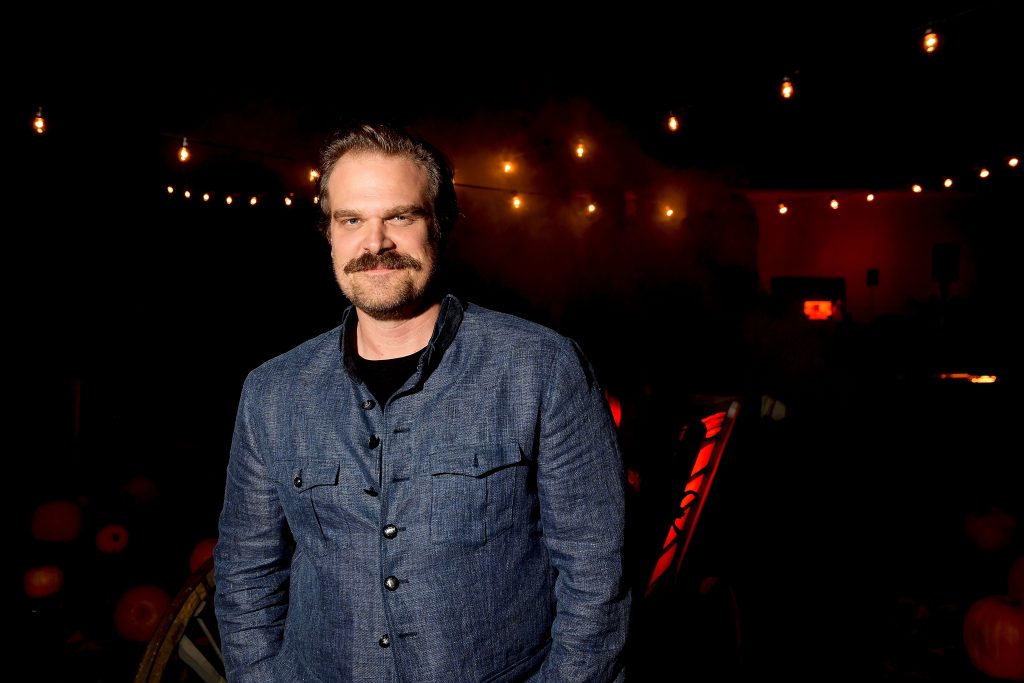 David Harbour Delves into the Psychology of Hellboy and Detective Hopper

Stranger Things star David Harbour recently found himself in a place he never expected to be. In the pages of Vanity Fair. Harbour noted to the magazine that he didn’t think he was “interesting enough” to land a feature, but the insight he shared into the characters he’s played was fascinating.

The actor’s upcoming turn as Hellboy may seem like a departure from the Hawkins detective we’ve come to know him as. However, the two roles have more in common than first meets the eye.

“It’s a classically complicated hero,” Harbour said of the half-demon anti-hero. “He’s a creature that was meant to bring about the end of the world, and he just sort of wants to be a good guy. He’s got that complexity to him. He’s also a monster who lives among human beings, so he’s in a sense fighting for human beings against his fellow monsters, and yet the humans hate him because they fear him and they think he’s weird looking and everything.”

Sound familiar? Detective Hopper battles monsters but also wrestles with his own inner demons. Having suffered loss and struggling to trust those around him, Hopper has to fight on multiple fronts as a corrupt government obscures dangerous secrets.

Asked if he prefers lawbreakers or law enforcers, Harbour demurred. Both have their appealing qualities the actor explained.

Hellboy is ultimately a little bit of both. Being literally a half-demon, Hellboy was summoned for evil, but his good heart perseveres. Self-conscious of his monstrous appearance, Hellboy even files down his horns, but not everyone understands his good intentions.

“Yeah, he’s terrifying! There’s that question of, why am I fighting this battle? Just because of some sense of justice, or some sense of good? It’s a really interesting question that sort of is at the core of him, that he struggles with . . . I know that [writer] [Mike] Mignola and [director] Neil [Marshall] and [producer] Lloyd [Levin] all watched Stranger Things and saw that in what I did there, which is similar. He has a heart that’s really good and with a lot of this crusted-over stuff. What I’m dealing with in Hellboy is a lot different, bigger in a certain way. It’s very Shakespearean. It’s demons and witches and stuff like that. But it has a similar core to a dude who’s trapped in horrible circumstances who’s just trying to be a good guy.”