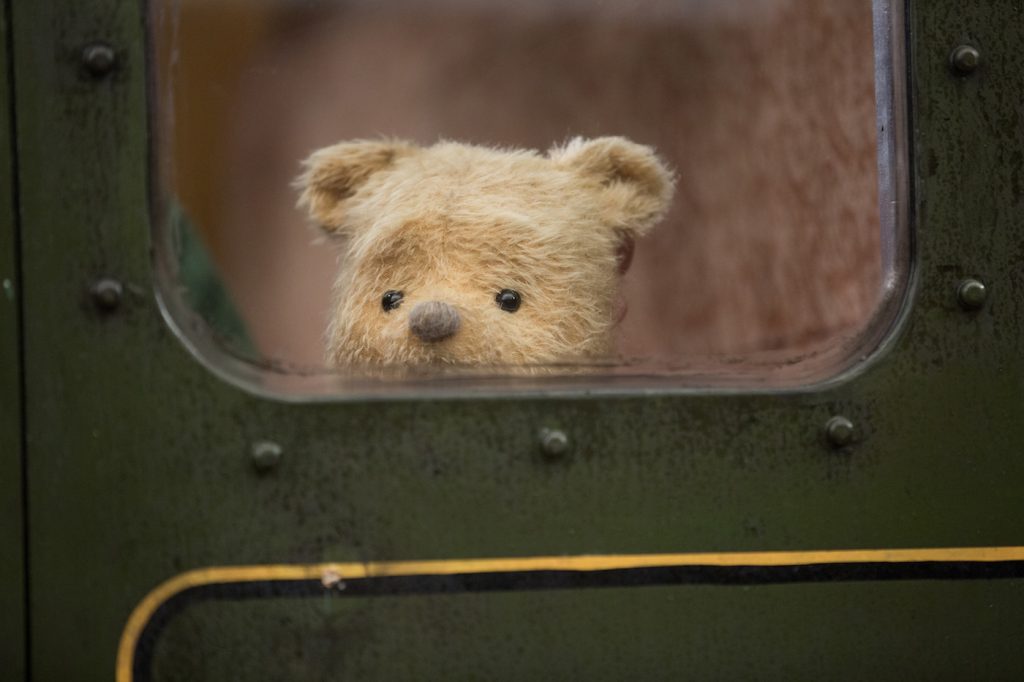 Brigham Taylor was at Disney 15 years ago when he first heard the idea for a movie about a grown-up Christopher Robin reconnecting with his beloved toys. That movie has finally been made, with Taylor as its producer, and it was worth the wait, a lovely, touching, and utterly endearing film for the whole family. In an interview with The Credits, he talked about why soft, cuddly toys still matter even in an age of technology, and how the people who worked on the film made sure they kept its most important lessons in mind.

What took so long?

At the time these characters were still under the domain of animation. They were developing ideas both on the Disney channel and also feature films. This would’ve been the early 2000s. We didn’t really have the baton to go and change it to live action. We sort of stood down.

That delay gave you have access to much better technology to animate the characters.

Yes, although, oddly enough, for me one of my real inspirations was seeing the Spielberg film, A.I., where he brought to life both animatronics and computer-generated imagery, including a teddy bear character. It got the wheels turning. So I think that the technology was there. It has certainly improved and it has really benefited us in this movie, but it’s been there for a while. I think, more than anything, it was just waiting for the time to be right within the studio to tell the story in live action.

We’ve seen so many stories about Christopher Robin as a young boy with Winnie the Pooh and his other friends. Why did you want to see him as a grown-up?

I thought that it was inherently interesting. For me, the bigger question about Winnie the Pooh was, as he turns into the 21st century, what is the relevance of Pooh and his friends to us today? I thought telling that story through the prism of Christopher Robin himself, having grown up gives us a chance to pose that question: do these characters really stay relevant? Do they still have value to us as adults? Of course, I knew the answer was yes, but I wanted to explore that in the context of a story. The journey of Christopher, I thought would mirror the journey for the adult audience. I want definitely kids to come see this, but I want to make a film that was inherently intriguing to adults. That’s why I thought it would be interesting to go that route.

I loved A.A. Milne when my mother read it to me, and then when I read it myself but wasn’t until I read the A.A. Milne books to my children that I realized that they are really written more for parents than kids. They’re very much from a parent’s perspective.

I agree. I went through that same journey. I had those stories read to me as a youngster. My mom would read them quite often to me and my siblings. It was a big part of our upbringing. I felt like when you evolve as a person, you can evolve with that literature too because it was told from an adult’s perspective. I really wanted to make sure that this story was told to a multi generational audience, not just to kids because I feel like that’s how Milne always worked with his literature.

In the Milne stories, we seldom see the parents. But in this movie, the relationship between Christopher Robin and his daughter is the focus of the story.

The implied experience of the books is a father telling stories to his son, sort of shaping his own experience with these friends and re-conceptualizing them. So I thought that here it would be really vital to tell a story about the value of the older generation passing along these stories to the younger generation. We created a character who was somewhat derelict in that duty and had to rediscover the value of sitting down and spending quality time and telling stories to his own kid. That, to me, was again an effort to make this relevant equally to adults and kids in the audience.

Ewan McGregor is superb as the title character. You really see the joy he feels when he reconnects with his imagination.

I think that the most important element with Ewan is that you can see simultaneously the adult and the child in him. He has this amazing ability to flash between the two. We needed both someone who was a little bit world-weary and dragged down through life experience, but then at the right time, you could see that young boy inside just flash out through his face. Not everyone can do that. Ewan, among all of his other qualities, is uniquely suited to do that. He also brings an emotional and dramatic weight, but also levity, again, vital to this character. He was just uniquely suited for those reasons.

I was very happy to hear Jim Cummings returning to the role of Pooh.  You also had some great choices for the voices of Kanga, Rabbit, Owl, and Eeyore.

In the casting, we were looking for people who sort of embodied the spirit of the earlier voices. Nick Mohammed had this wonderful sort of anxiety and pitched his voice at the right timbre that John Fiedler would do so well as Piglet. We had Brad Garrett who has actually voiced the character a few times in the past for Eeyore. He just has the amazing bass in his voice that you’ve come to expect. That was really fun. We had a wonderful maternal wisdom of Kanga with Sophie Okonedo, who was just amazingly overqualified for that role. Then, again two wonderfully overqualified actors for the scale of the role because there wasn’t a ton of screen time for either Owl or Rabbit. We got the brilliant Peter Capaldi for Rabbit, who just came in and sort of brilliantly spun a few lines into much, much more. Then, sort of the overstuffed, faux wisdom of Owl was, I thought, perfectly represented with Toby Jones, who again, was able to take a handful of lines and riff on those and give us a lot of extra moments that we didn’t even have on the page.

But the biggest thrill for me was some new songs from the legendary Richard Sherman.

That was one of the first goals that we set out to achieve. Shortly after hiring Mark Forster to come and direct, we said, “How brilliant would it be to go out and get Richard?” I’d had a wonderful experience working with Richard before. His music was so essential to the early shorts. We approached him early and he was incredibly enthusiastic. We asked for two songs and he gave us three. That’s just Richard in a nutshell, just a fountain of creativity. I think we found really wonderful, poignant ways to include those in the movie. He embodies that whole creative period for Walt, the early 60s into the 70s.

Are kids more hooked on technology than toys they can cuddle?

This technology is almost seemingly here for them. It’s so intuitive. Clicking the screen and pinching and squeezing and swiping. But I’ll say this, I think that kids, even if they’re looking at characters through technology, I think at these younger ages, they still gravitate to these expressive sorts of toys, whether they be a Muppet with their oversized eyes, or a big stuffed teddy bear. These things are universally appealing. I think that even when you outgrow those things, you never lose sight of what is endearing about them. I think that it is one of the most universal things I’ve seen.

You’ve worked on a lot of films that are not just children’s stories but really family stories, and that is rare these days. What is it that makes a story something that is not really just for children, but for the whole family?

You need to have a theme in mind that is relevant to all ages. I think you have to respect not just the intelligence of the kids, but also the adults’ intelligence as you are approaching that material. It’s not easy. You need to try to have a multilayered kind of story that way. I think it’s one of the greater challenges. Having worked at Disney virtually my whole career, it’s always been a challenge. You don’t always nail it, but you always want to strive for something that feels universal, both at the idea and thematic level, but also in the visual. Something with enough visual sophistication and enough charm — visual sophistication for the adults in the audience, but also the appropriate amount of color and charm and whimsy for the younger kids.

As families are driving home from the theater, what do you want them to talk about?

To me, the most important theme is embedded right in Milne’s last chapter about the value of doing nothing, which he implies is doing your favorite things with the people you love. It’s an irony and we always point it out, because life steers us towards working hard to provide for one another. If that’s at the expense of being with the ones you love, then we’ve lost sight of the most important thing. We would joke because films are hard work and we spend long hours slaving over scenes, yet we’re talking about the value of trimming back and carving out quality time for each other.  It made us even more aware of what was important, because when we felt like that we would go away and make sure we had that kind of quality time. It wasn’t highly regimented or geared towards anything other than being present with each other.