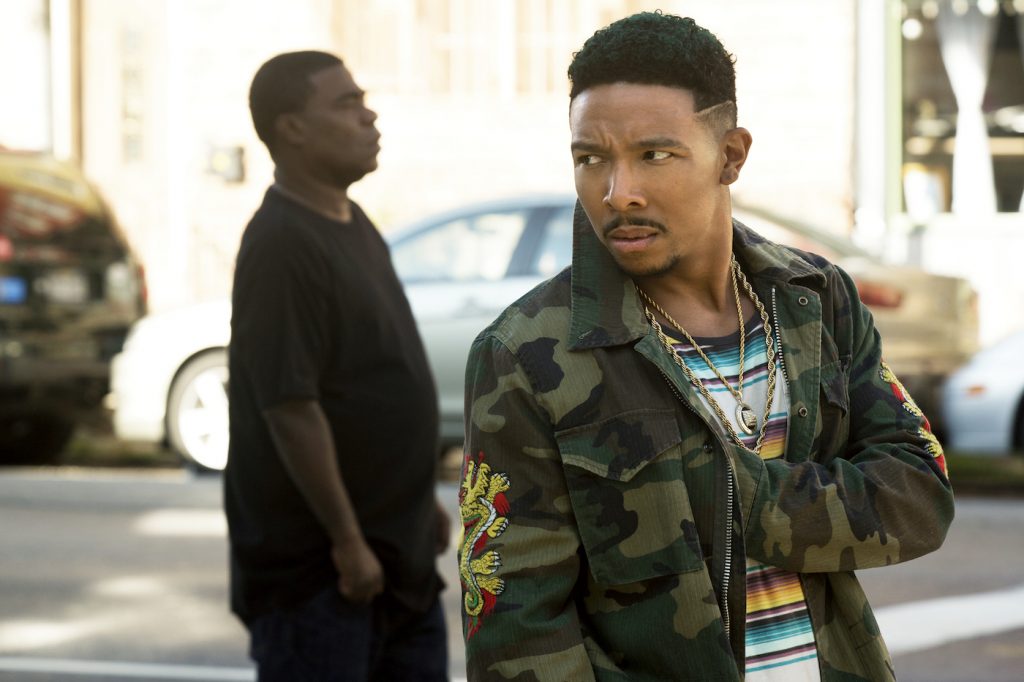 Allen Moldonado is a writer, performer, filmmaker, and entrepreneur, currently co-writing and co-starring in The Last OG, opposite Tracy Morgan. In an interview, he talked about his “Netflix for short films,” Everybody Digital, creating the character of Cousin Bobby as actor and writer, and surviving the “actor’s Olympics” of daily soap operas.

I love the idea of an app to watch short films. Tell me how it started.

I’m a short filmmaker, and my film won several awards, showed at countless festivals and had a great, great run, only to find out after the 12 – 15 months I had nowhere else to go. It was like falling off a cliff and it was very discouraging being that I worked really hard on this project and I felt that it deserved a bigger audience. It deserved an opportunity to be shown to the average consumer rather than just the niche market of people that attend film festivals, which are usually friends, family, people that are in the business or are part of the production. The person that sees films on the weekend and television everyday doesn’t even know that these film festivals exist. So I created Everybody Digital to get distribution outside of film festivals for short films that are concentrated and specialized and promoted in really elevating the genre.

We launched this past October with great success. We’ve been constantly building at a tremendous rate every month as we continue to grow in our catalog. Anyone can submit a film for free. There’s an online application and then we begin our process. Our head of programming, Alanna Evans, helps select the films that make it onto the app. Also, we team up with a lot of film festivals. We’ve been proud supporters and partners with the NBC short film festival and HBO Latinos Festival, New York Latinos Festival, we’ve partnered with the Palm Spring Shorts, the National Black Film Festival and so many other. So that’s been another way we’ve been curating and getting films in helping promote short films on the app.

How do I find what I’m looking for?

Our main categories deal with time as we all know everybody’s attention span is getting shorter as well as people’s time is limited.  So we have 1 minute, 5 minute, 10 minute, 15 minute, and 20 minute categories. You can find something that fits the time you have. There are also categories like comedy, drama, etcetera.  W look to really cater to the person that is on the go that likes short form entertainment but also likes a great narrative and great production.

I love your Cousin Bobby character. Tell us who he is.

Cousin Bobby is so much fun. He’s kind of the lovable idiot at times. Then there are also moments where he can be very dramatic and vulnerable and there are also times it can be intense. It’s the perfect role for an actor because you are able to explore so many different levels from drama to comedy. It’s a dream come true for me as an actor and just the type of direction I want to go in my career. I want to follow behind actors like Bruce Willis, Mark Wahlberg, and the Rock as far as being a funny tough guy. Cousin Bobby is the perfect meld of that direction. Being able to play alongside Tracy Morgan, Tiffany Haddish, Cedric the Entertainer and these comedic legends is a dream come true. It’s been a great opportunity big time to just grow and watch and perform with them.

It is such a great concept – a man returning from prison to find that his Brooklyn neighborhood and the world around it has changed dramatically. Tell me a little bit about working in the writer’s room for the show.

It is a great follow-up to my experience of writing for Survivor’s Remorse. When Jordan Peele talked to me about it, he was all in as far as me being a writer. That’s an incredible honor, just to have Jordan Peele read your script and be like, “You’re a really, really good writer,” something that I hold very dear to my heart. It inspires me to continue to write and continue to grow.

I’d like to hear how you helped create Cousin Bobby’s look, and what it conveys.

I came in with the vision of a specific haircut. I really wanted to give this feeling of an old school meets new school, meaning he has an old-school flavor but you can still see the millennial and you can still see the new era of young people in my look. So that started with the hair and then everything kind of followed that premise.

You spent some time on the daytime drama, The Young and the Restless. What did you learn from that?

That’s called an actor’s Olympics being that things change so fast. I remember one day being in the makeup chair and then coming out and the script was like an entirely different script. You’ve got to be on your toes. You only get two takes and that’s usually it. If you got three that was a lucky day. They’re shooting four episodes in a day so they’re really crunching time and crunching schedule and everybody has been doing their jobs for so long they know exactly what they need to do, being efficient as possible. What was also fun about that I learned a trick that the experienced actors would do it if they wanted another take. They would curse because there is no way they could use that particular take so that’s allowed until they get another one. So that was pretty cool and fun to kind of fun to see the veteran moves and the tricks and the trades of what goes on in a soap opera.

I heard that in your audition with Tracy Morgan you both went off script right away and just began improvising. That must have been a blast but also quite a challenge.

Keeping up with Tracy is something that I feel was organic between us. We often talk about how we feel like we were family or brothers in another life because of just how easy it was for us to get together and bounce off each other and play where we can ping pong back and forth. We can sense where he is helping me where I’m setting up him for the joke. It’s such a natural thing that you usually have to work with somebody for years just to get that type of chemistry, but with us it was literally instantaneous. As soon as I opened the door he screamed out, “Cousin Bobby!”  We were off to the races and we haven’t looked back since.

And now you want to try action films?

Yes, pretty much one of the best shoots I’ve ever had was a Call of Duty commercial several years back. It was basically 9 days of action. I enjoyed every bump, every bruise that I attained while shooting that commercial. It was so much fun running around pretend shooting and blowing up stuff. It’s every little kid’s dream, when they’re outside playing in the backyard with a stick and there is nothing but grass and trees and all of a sudden it becomes a war zone or becomes a 007 evacuation plane. There is this world of imagination we have as a kid — to be able to play that in real life is a dream come true. I always like to be in a position where everything around me is out of love and I do it for that purpose. It will bring so much joy to my heart to do a film in that spirit.