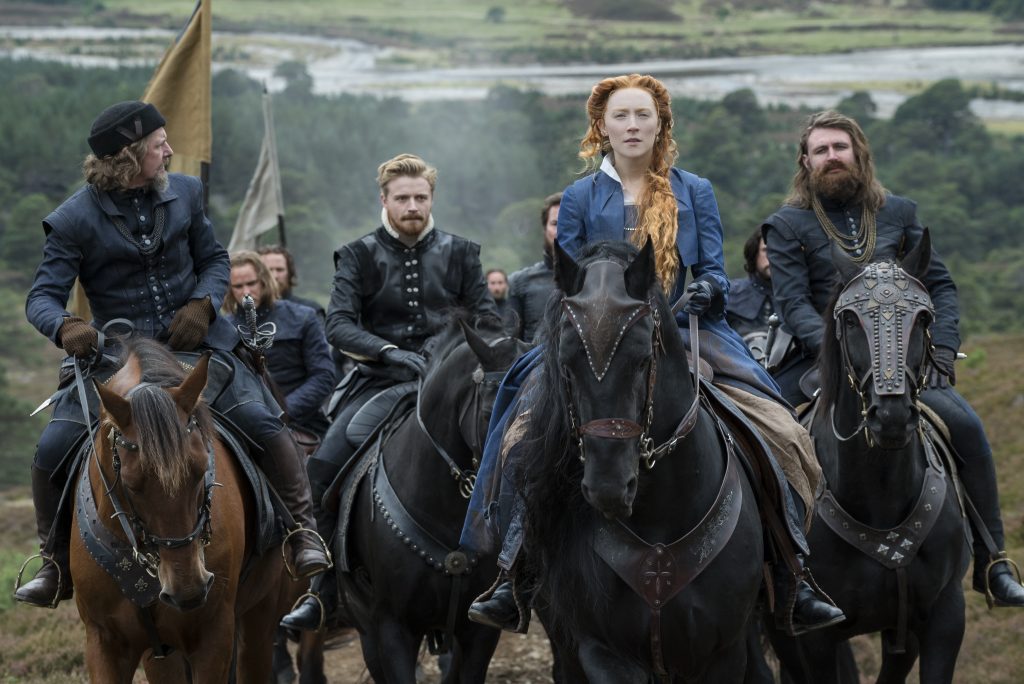 The first trailer for Mary Queen of Scots is a stirring struggle of passion and power. I admit that I’m a royal enthusiast, but Elizabeth I has been done and done well. I wasn’t convinced we needed another regaling of the rivalry. And yet, I have been made a true believer. Margot Robbie and Saoirse Ronan are stunning.

The actresses never rest on the beautiful costumes and production design – although there is plenty of that. Robbie and Ronan are nimble as they establish the battle of wills. Mary and Elizabeth were political powerhouses. Elizabeth I was one of the most influential monarchs in British history, but Robbie taps into her desperation. Robbie eventually adopts that iconic style, but it means something far different here. Losing her grip on England takes a physical toll on the queen and even this short preview is mesmerizing.

Ronan is a self-assured challenger filled with confidence. She is sporting and adventurous, far different from her pale and poised cousin. Mary’s vibrant nature and determination electrify the English court. Royalty has been the focus of great envy, but the rise and fall of kingdoms was extremely volatile. The trailer stresses the reality that things beyond human control could seal the fate of a nation. Heirs are often everything. When a crown is threatened, only luck and brutality can keep a woman on the throne.

So obviously I’m crushing on Robbie and Ronan, but there is a solid cast supporting them. Gemma Chan (Crazy Rich Asians), Joe Alwyn (Billy Lynn’s Long Halftime Walk), and David Tennant (Jessica Jones) all appear. Also, Guy Pearce totally pops up in Elizabeth’s court. Director Josie Rourke has a history in stage production, which is not completely surprising. The trailer is distinctly cinematic, but the set design and props feel very grounded like you could walk into them on a tour of Europe.

A final note, Irish-American Ronan and Australian Robbie nail those accents. Fine, as least as far as I can tell. Each are much closer to Scottish and English than I could get. Well done, ladies.

Mary Queen of Scots ascends to the throne December 7.