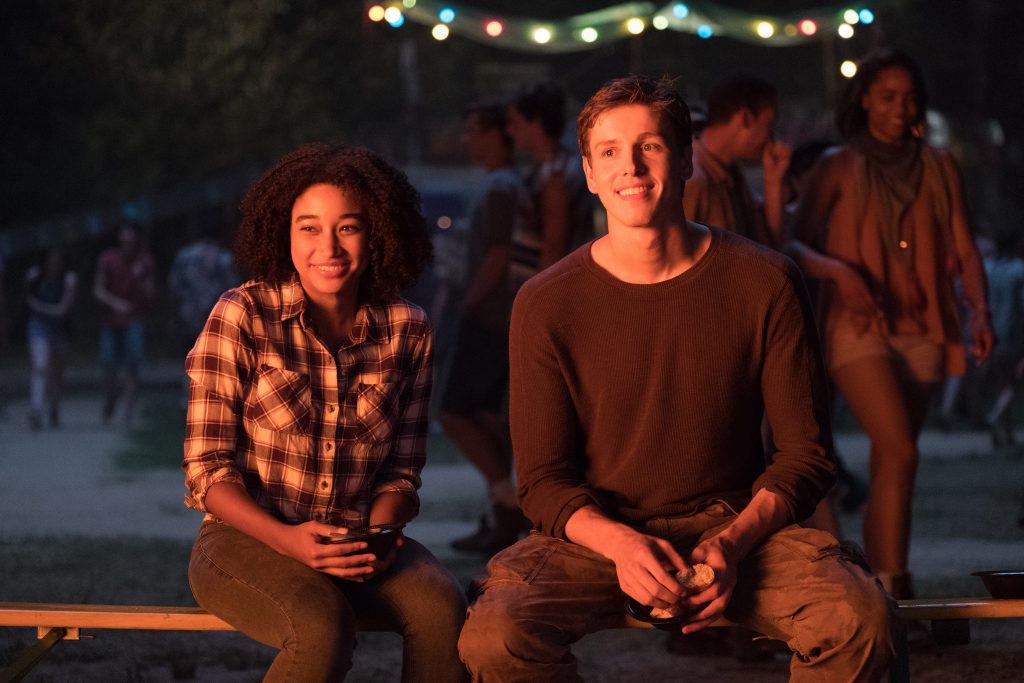 In an uncertain world, we could all use a good love story to get us through. The Darkest Minds is a bleak situation, but Liam (Harris Dickinson) tries to shed some light with an alternate reality. Boy meets girl at the beach is about the farthest possible situation from the post-apocalyptic world he inhabits, but a new trailer for The Darkest Minds stays hopeful.

Ever since an adolescent plague has wiped out nearly the entire children’s population in the world, Ruby (Amandla Stenberg) has been through a lot. Quarantined and demoralized, any surviving children are locked away in detention centers. Ruby’s camp escapes their imprisonment and abuse but flee to an unwelcome world. Oh, and they are hunted because of the superpowers they developed from the disease.

There’s a lot of great new footage in the latest trailer. The teen mutants are stripped of their humanity in the detention center wearing some form of color coded scrubs. They don’t seem to have any privacy and are verbally abused. The guards even use those crowd control sirens that are painfully deafening. It is enough to bring anyone to tears, but without any guardians to comfort Ruby, Liam steps into the role. A really beautifully crafted story of their love that could have been sharply contrasts the reality. This is a really original and thoughtful trailer.

Mandy Moore finally makes a split-second appearance, but we still don’t get much information about her. The survivors don’t have a lot of adult allies, but Cate (Mandy Moore) seems to be a familiar face. She shows up just when we’re told, “They lost everything.” Just as Ruby is running from a house toward someone, Cate is there. That makes me think Ruby and Cate will be spending the film trying to get to each other, but the older generation doesn’t have a good track record. Even the President of the U.S. is willing to cast off his own son (Bradley Whitford) as the disease spreads. Good luck one and all.