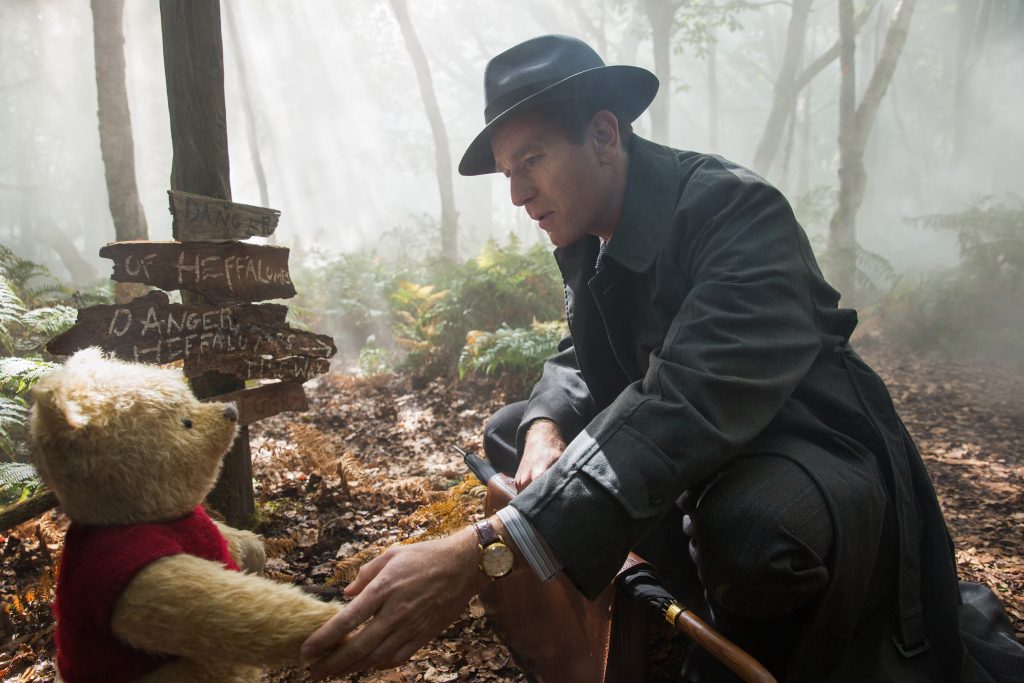 It feels like just yesterday when I would pick my favorite Winnie the Pooh movie out from our rack of cassettes and pop it in the VCR. I still remember Pooh’s Grand Adventure like the back of my hand. As a child, my mom telling me stories of how she grew up reading Winnie the Pooh, and wanting nothing more than to live in the Hundred Acre Wood. One of my favorite quotes to this day is from Pooh’s Grand Adventure. Before leaving, Christopher Robin tells Pooh, “You are braver than you believe, stronger than you seem, and smarter than you think. But the most important thing is, even if we’re apart, I’ll always be with you.” With the release of the new four-minute-long sneak peek trailer for the upcoming Christopher Robin, we see that no matter how old these stories may become, or even how old the characters become themselves, they will never leave us.

Christopher Robin (Ewan McGregor), now fully grown, has gone down the wrong path in life — he puts work ahead of his wife, Evelyn (Hayley Atwell), and daughter, Madeline (Bronte Carmichael). Luckily, if you’re friends are true, no matter how far they are they will come help in your time of need. In Christopher Robin’s case, his friends are very true. They’re also made of fabric and fluff.

Christopher Robin returns to play with Pooh, Tigger, Eeyore, Kanga, Rabbit, and Piglet in the Hundred Acre Wood. There are shades of Paddington in the scenes where Pooh and the gang explore London. There are both tender and hilarious moments, including one fantastic scene in a train-car. The song choice, ”One Foot” by Walk the Moon, gives the nostalgic vibes of the trailer a cool, modern feel. We even see the moment where Christopher Robin and Pooh re-unite on a park bench. When Christopher Robin remarks that the tree where he used to visit the Hundred Acre Wood wasn’t in London, Pooh says, “I suppose it’s where it needs to be.”

Pooh, somehow, some way, is always there for Christopher Robin, just as they will always be here for us, too. Our childhood memories are always there for us when we need them. In this crazy world we all live in, we often find ourselves longing for a simpler past. I can always do down into the basement of my family’s house, pick up my cassettes, and feel that childlike wonder again. After watching the new sneak peek, all I want is to visit the Hundred Acre Wood once more.