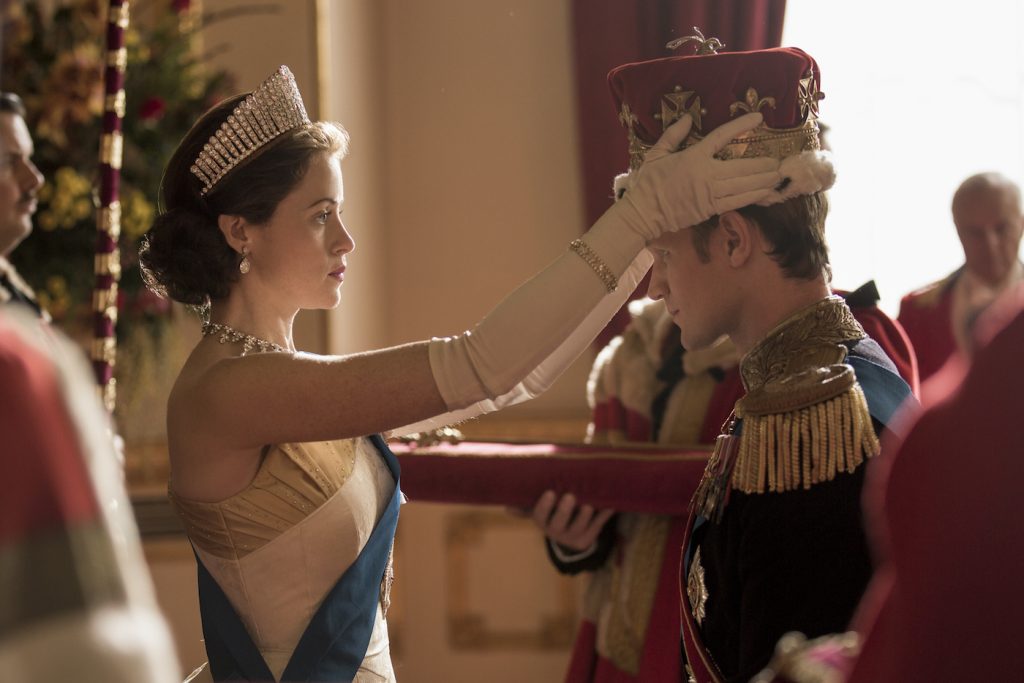 Time goes on and so does the Queen. Olivia Colman is stepping into the role of Her Royal Majesty to tackle the 2nd decade of her reign. The Crown tweeted out the first look today with a pointed message to fans, “Patience.” Season 2 dropped in December, but we likely won’t be seeing the next era until 2019. The production still indicates, however, that filming is underway.

Claire Foy originated the role beginning with Queen Elizabeth’s 1952 coronation. The Queen ascended to the throne when she was 25 and has now been reigning for more than six decades. To cover her extraordinary life, The Crown is moving on to a group of more mature actors to continue the story.

If the photo is any indication, Colman has stepped into the role with confidence, capturing the Queen’s poise. What is really marvelous, however, is the seamless transition from Foy to Colman. The two actresses may not share a real-life resemblance, but they certainly do here. Makeup and wardrobe have really bridged the difference. Foy set an exceptional precedence, but Colman is outstanding in pretty much everything she does. If you need to catch up on her career, Broadchurch, The Night Manager, and Murder on the Orient Express are particular highlights.

New actors will replace much of the cast in the upcoming season indicating the passage of time. Tobias Menzies (The Terror) will take over the role of Prince Philip from Matt Smith and Helena Bonham Carter will step into Vanessa Kirby’s previous role, Princess Margaret. If the series plays out as intended, the roles will see another recast before the series finale. The Crown is intended to continue through contemporary years of Queen Elizabeth’s reign.

Foy and Smith may be moving on from The Crown, but they could snag Emmys on their way out. Foy was nominated for Actress in a Drama Series while Smith is among the Supporting Actor category. The Crown helped push Netflix over the top as the most nominated network of the Emmy awards this year.