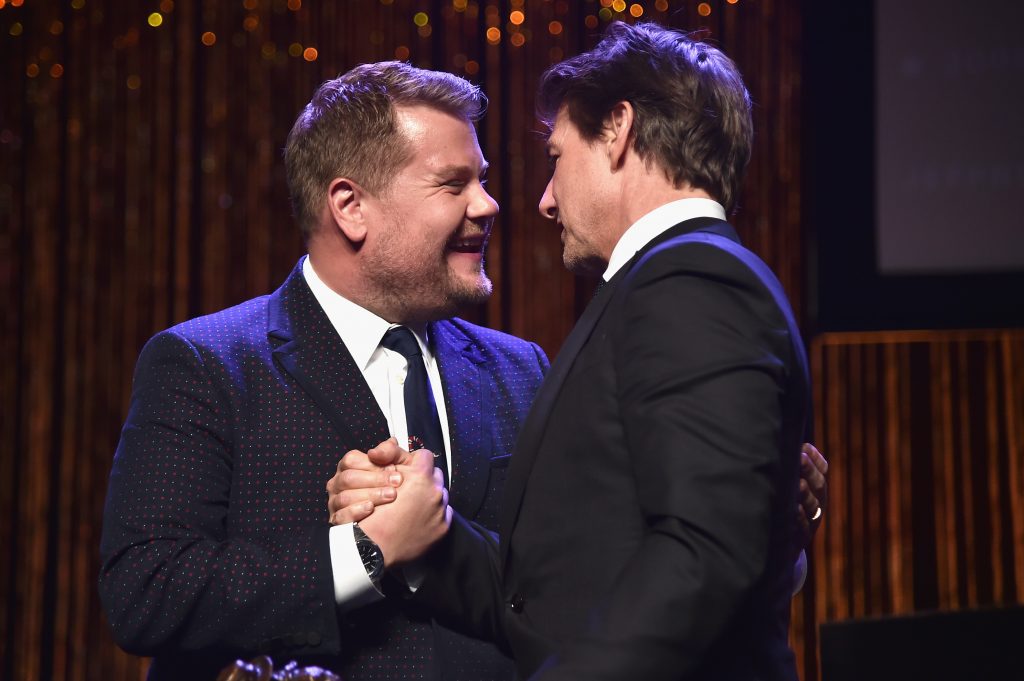 This sketch of James Corden and Tom Cruise skydiving is the buddy comedy of the year. I saw the clip from last night’s The Late Late Show with James Corden and thought, “Eleven minutes? I’m not watching eleven minutes.” And then I watched it twice. It is absolutely darling.

Cruise has endless patience for being the most daring and professional action actor in Hollywood. Corden is (understandably) petrified which makes for some adorable interactions.  Corden shakes off his nerves with a little game of tag on the runway, which is honestly my favorite part. Seriously, how does Tom Cruise always sprint with such intensity?

Next up is a little schooling. Corden meets his teammate with some hilarious quips, but this is really just stalling while he works out the butterflies. Watch closely here for the cutesy hand signals they develop. They will come in handy later.

Next it is time to suit up and we arrive at the movie moment where the fearful newbie goes all out. Corden actually looks pretty good. Yet, Cruise is still in his tight black sweater and jeans and lithe parachute backpack. No matter, better to be prepared, James. Then, the moment arrives. Jump! Jump! Jump!

Of course, despite some last-minute regrets, Corden takes to the sky. And you can see without any VFX trickery, Cruise seriously knows what he’s doing. He looks like an absolute professional and cool as hell. He just chills in the sky and doesn’t pull the cord until long after Corden and his partner. You cannot say Cruise doesn’t know what he’s doing and then he sticks that mother loving landing. Corden…does not. But they hug it out anyway.

Someone please get these two a Netflix special together: Tom and James Do Fun Things. I’m calling it now. It’s going to be a sensation.

Mission: Impossible – Fallout, the little movie the stunt was designed to promote, is in theaters now.