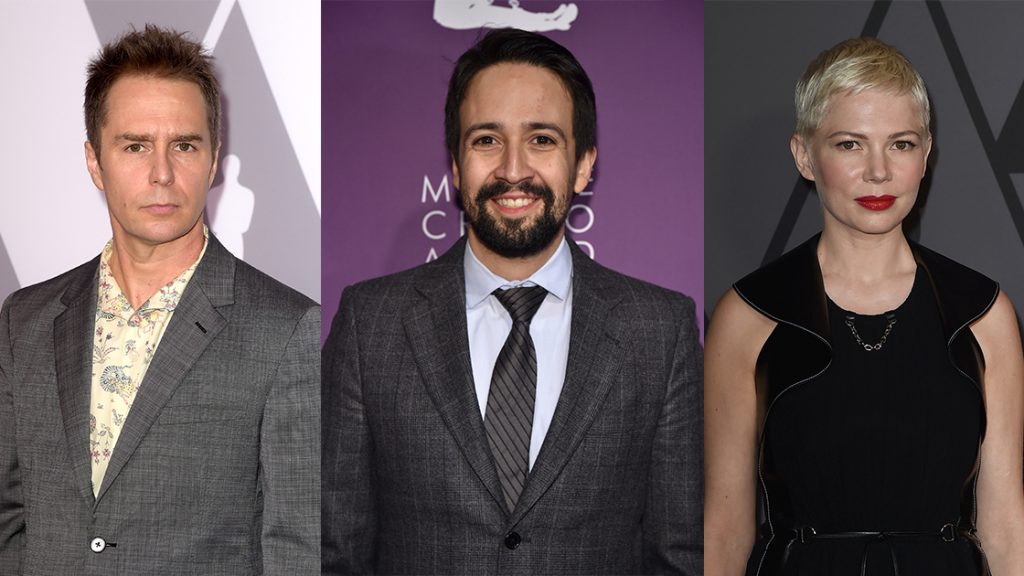 Married from 1960-1971, Fosse and Verdon collaborated on Redhead, Sweet Charity, and Chicago. All three were enduring successes and helped Verdon earn four Tony awards and Fosse, eight. The project received the blessing of Fosse and Verdon’s daughter, Nicole.

“My mother and father have one of the greatest love stories ever known,” said Fosse. “They were extremely complex people with an indestructible bond, loyalty, and trust that endured both fantasy and reality. Finally, we have a creative team with the talent and wisdom to tell the story.”

“Bob Fosse ignited a revolution in American dance, theater, and film,” Kail, Levenson and Miranda said in a joint statement. “But, in contrast to the well-worn myth of the visionary artist working in solitude, Fosse’s work would not have been possible without Gwen Verdon, the woman who helped to mold his style – and make him a star. We are honored to work with the incredible team at FX and Fox 21, and these two extraordinary actors, to tell the story of this remarkable couple, and the complicated, fascinating relationship between them.”

Miranda tweeted an adorable GIF of Fosse and Verdon performing together in Damn Yankees yesterday to mark the news.

Fosse earned an Oscar for directing Cabaret, besting Francis Ford Coppola who was nominated for The Godfather that same year. Fosse was very transparent about his exuberant lifestyle, accurately predicting his fatal heart attack when he directed the semi-autobiographical All That Jazz. It’s really one of the most extraordinary show business films ever and the fantasy death scene is a show stopper.