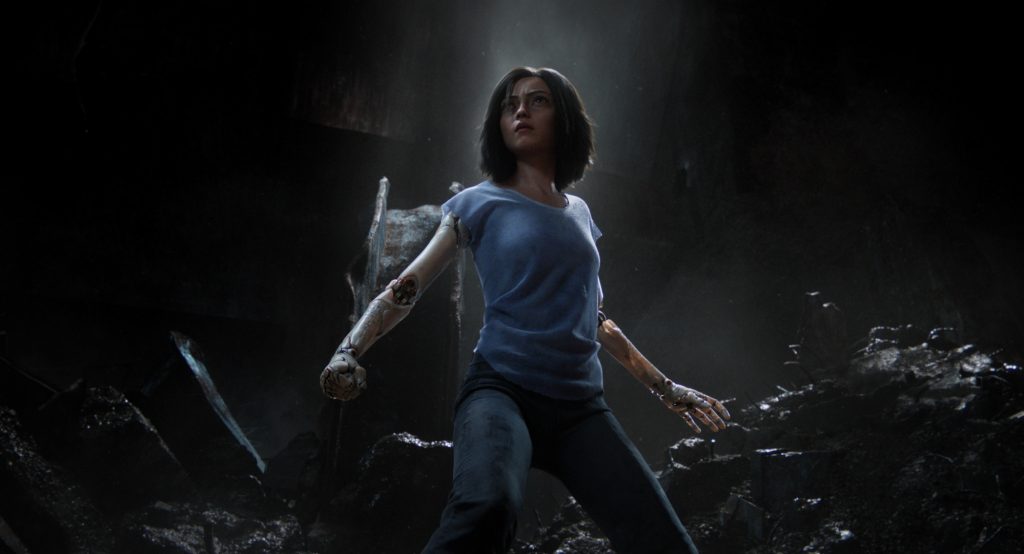 Everyone Wants a Piece of Alita in the New Alita: Battle Angel Trailer

Alita is a super fighting time capsule in the new Alita: Battle Angel trailer. In a post-apocalyptic world where man and machine merge, Alita contains technology that was thought to have been lost in a cataclysmic event 300 years prior. This is the second full length trailer for the film, and it kicks it up a notch. Less sentimentality and more action mark the new preview.

Known as Gunnm in Japan, Yukito Kishiro’s creation looks surprisingly stunning in live-action form. From Alita’s (Rose Salazar) large, riveting eyes to the impeccable super powers this young battle angel discovers, this brand new trailer has it all. Action loaded, heart-warming, and female-empowerment mark young Alita’s journey to fight for her place in the world while simultaneously struggling to remember her past.

Although this second trailer resurfaces some footage we have already seen, this new trailer digs a little deeper. This is our first good look at Marshala Ali as Vector channeling some serious Wesley Snipes vibes. There are also a lot of cyborgs on her trail sporting various forms of terrifying mechanical arms.

We also learn more about Alita’s background and her insane fighting ability. We knew she was up for the dangerous road ahead, but we didn’t know she could take on a huge team of relentless cyborgs out to annihilate her. Not everything new is better. Apparently Alita’s aged technology, combined with her human brain, is highly coveted as other robots hunt her down. On top of everything, she finds herself an upgrade body. Watch out, world. As Alita starts to familiarize herself with the world around her and her newfound powers, she realizes it is up to her to save herself and Iron City. As she does this, she sparks new romances and friendships that lighten up this action-loaded film.

Set several centuries in the future, the story centers on Alita, an unwanted cyborg who is taken on by Doctor Ido (Christoph Waltz), a scientist that rebuilds and cares for her. Ido finds that she has lost all memory of herself and the world she lives in. The compassionate doctor thinks it best to shelter her from rediscovering her unknown past and directs her to remake a new life for herself. But it’s not so simple. Alita longs to know who she truly is.