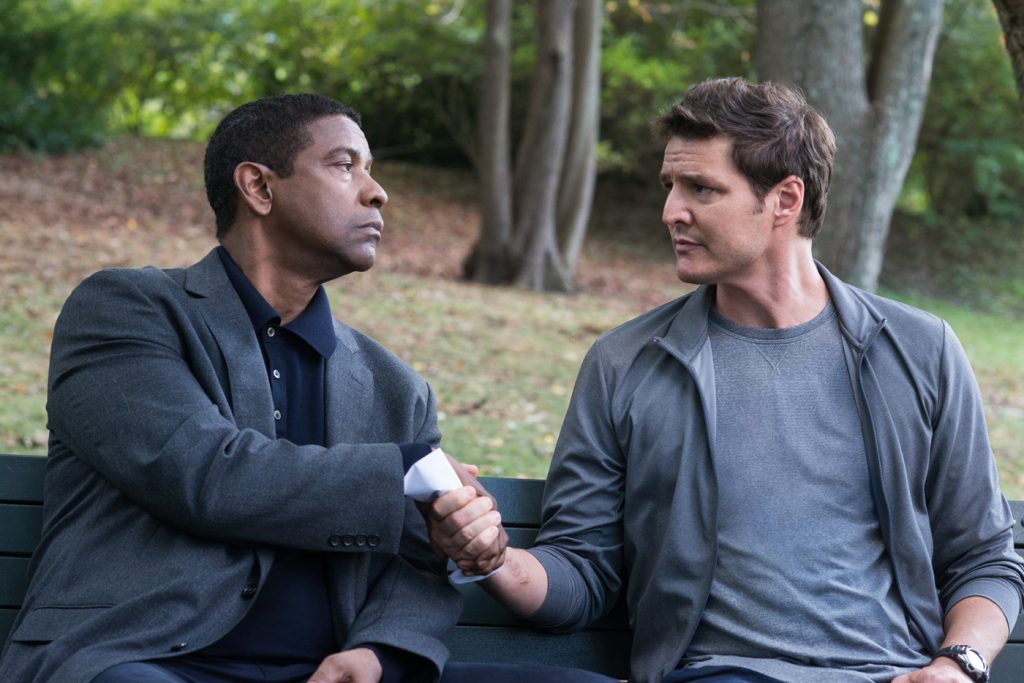 There is nothing scarier for criminals than Robert McCall (Denzel Washington) showing up at your door. Especially for everyone who thought he was dead. Sony Pictures Entertainment recently released two new clips from the first sequel of Washington’s career, The Equalizer 2. The clips offer a snapshot of McCall’s signature combat style and reveal more about his cryptic past.

In the first clip, McCall walks into an apartment to get a young man, Miles (Ashton Sanders, of Moonlight fame), who lives near him. The greatest highlight is a close-up of his eyes as he walks into the building’s lobby. In that split-second, he sees the gun tucked in the guard’s belt, leaving him enough time to go in for a chokehold. In these moments, we see how cold and calculating McCall is when he has an objective: making the perpetrators pay for the murder of his close friend, Susan Plummer (Melissa Leo).

In the second clip, McCall sees his old partner from the CIA, Dave York (Pedro Pascal) running in a park. York is shocked by McCall’s sudden appearance. Like everyone, York believed McCall had died years earlier. In just that one look, Pascal was able to convey years of grief mixed with utter confusion in the moment. They share an emotional embrace before the camera cuts to them sitting on a park bench, talking about the past. It was a tender and painfully real moment, just like his exchange with Susan in the first film. Even in a film where we expect wall-to-wall action, it’s that mix of gripping suspense and Denzel Washington’s unmatched swagger with smaller, deeper moments between incredibly well realized characters that make these stories so special. It says a lot that out of all the characters Washington has played over his illustrious career, Robert McCall is the first one he’s returned to a second time. I cannot wait to see who he equalizes next.