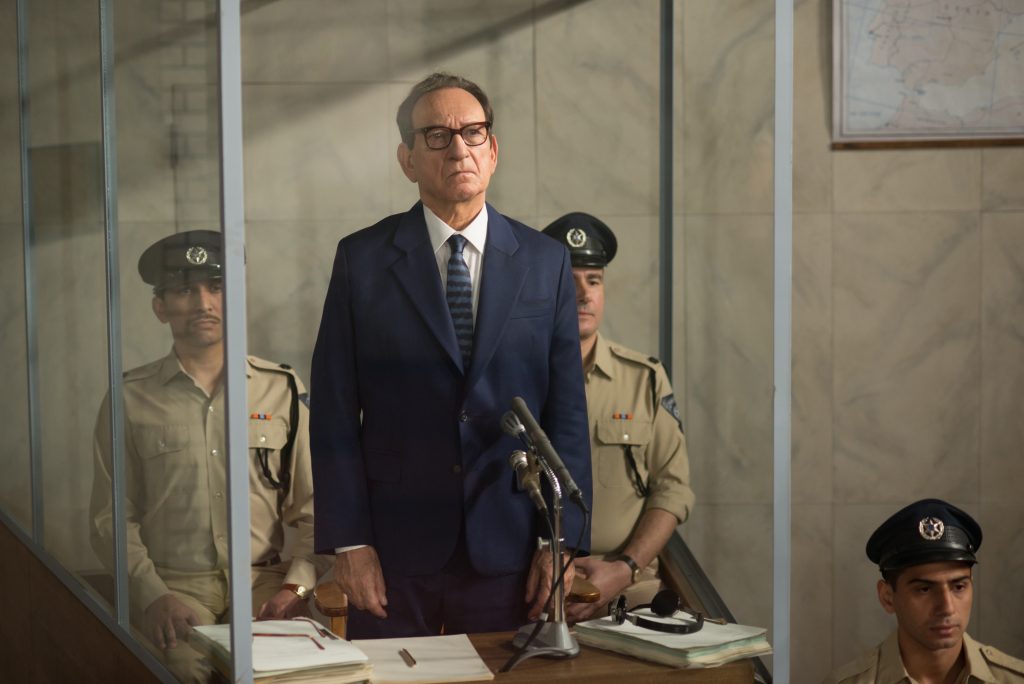 Ben Kingsley and Oscar Isaac navigate a deadly power dynamic in the final Operation Finale trailer. Isaac stars as the heroic Mossad agent Peter Malkin who brought Nazi Lieutenant Adolf Eichmann (Ben Kingsley) to justice. Tracking down Eichmann 15 years after the war was just the beginning. Malkin gets close enough to take Eichmann’s life in his hands in the final trailer, but just who has the advantage here?

Kingsley plays the master manipulator with chilling callousness. Eichmann’s justification for his atrocities is absolutely disgusting. Sir Ben embodies pure evil to drive the true tension of the film. Finding Eichmann after the war was a mission that spanned a decade and a half, but Operation Finale is focused on what came next. With Eichmann in his grasp, can Malkin resist the temptation for revenge?

Eichmann is as intelligent and calculating as he is vile. He taunts Malkin with some absolutely despicable twists of logic that I will not even repeat here. Isaac channels the extremely personal nature of the mission. Malkin conducted the extremely dangerous intelligence mission to make Eichmann answer for his crimes. Yet, having lost 150 relatives in the Holocaust, Eichmann knows Malkin’s emotions are his weakness and he will exploit it to the end. With blade drawn in his hand, Malkin could deliver his own swift justice as Eichmann sits for a shave. Yet, the world is waiting for the trial humanity deserves.

The mere two-minute trailer escalates steadily in intensity. The full drama will surely have the anxiety of Munich and Argo with even more intimacy as Eichmann and Malkin square off. Robert Duvall portrayed Hitler’s lieutenant in the 1996 adaptation The Man Who Captured Eichmann. Thomas Kretschmann tackled the role in 2007’s Adolf Eichmann that focused on his horrific confession before his execution. Operation Finale appears to zero in on the interaction between Malkin and Eichmann before the trial capturing a new perspective on the incredible mission. The best way to never repeat our darkest history is to remember it.