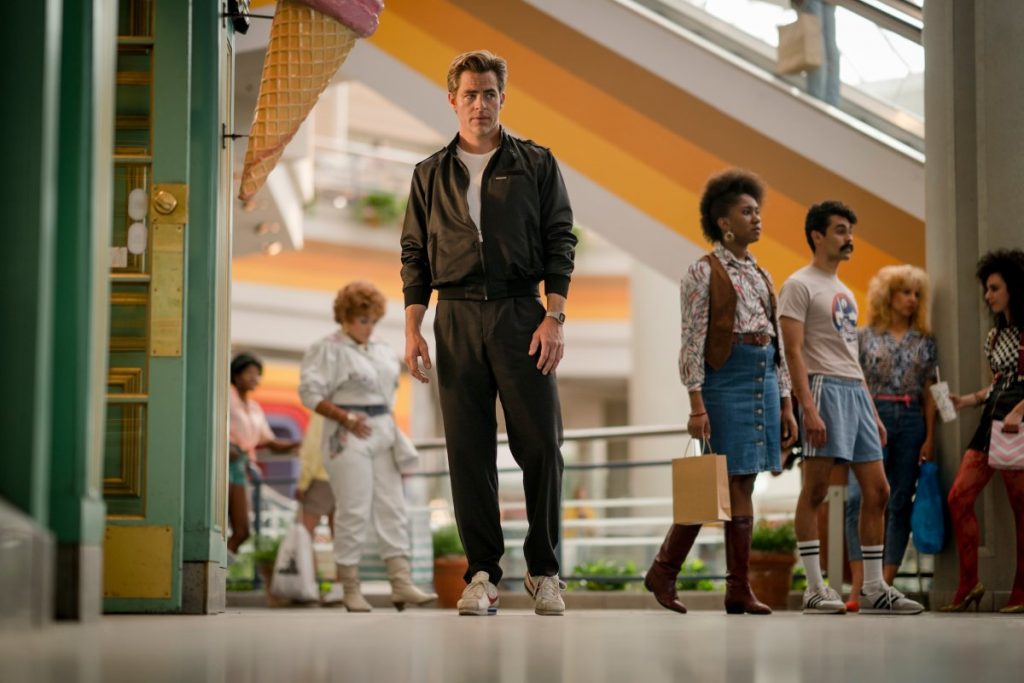 Wonder Woman‘s Steve Trevor Is Alive and Well and Living in 1984?

Patty Jenkins and Gal Gadot just casually gave us all reason to rejoice. May we introduce you to my new background image on every device I own from now until the end of time – Steve Trevor (Chris Pine) alive, well, and living in 1984. Wonder Woman 2 has begun filming and Jenkins tweeted out this incredible image of Trevor soaking in the sites of a 1980s mall. She even wrote a little bit of context that is giving us some heavy clues. Shortly after, Gadot then tweeted out a photo of Wonder Woman catching up on all the top TV of the 80s. We see you, J.R. Ewing.

Both ladies tagged their images #WW84. Wonder Woman 84 could be our new title, which is a great one. Real life 1984 fell in the Bronze Age of Comics and several contemporary superhero films were made, yet we have no period piece superhero films set in the 80s. Interestingly, Supergirl, an early female led DC Comics film, was released in 1984.

The biggest mystery here is, what is Trevor doing in that mall? We last saw him detonating a bomber carrying lethal poisons miles from Earth in 1917. We had no indication until now that Trevor would be in the sequel. But there he is in the track suit equivalent of his pilot uniform. You push those sleeves up, Steve. Give us some forearm.

It has been suggested to me that this may be a dream sequence, but I’m simply not here for that garbage. He is so clearly puzzled by the 1980s, as so many of us were. He’s there. He’s living it. He sees the perms and the neon fish nets and the mustaches in real time. By the way, those costumes are incredible. The extras are so on point, without the over-exaggerated effect of millennials throwing an 80s prom party. And Steve is in contemporary 80s wear, but still looks totally himself.

If this were a dream and Diana were imagining him there, he would not be confused by his surroundings. And if it were a flashback, the film would not be Wonder Woman 84 and we would still have to account for how Trevor survived to the 80s in peak physical form. No, he survived somehow and was transported to the 80s where he paces outside a Ben and Jerry’s wearing his Nike trainers until he can be reunited with his love.

Then we turn to Diana taking in a little TV. Those images seem benign, but they really mean something to her. Maybe it’s the newness of being in the 80s, perhaps she just arrived? Or maybe there is a message she’s searching for. I am convinced these screens are puzzle pieces subtly revealing how Trevor survived the blast. There is a plane flying toward a Bermuda triangle that spit him out in Dallas. Ok, maybe that is a stretch, but Diana and Steve are both in 1984 and we cannot wait for them to find their way to each other.