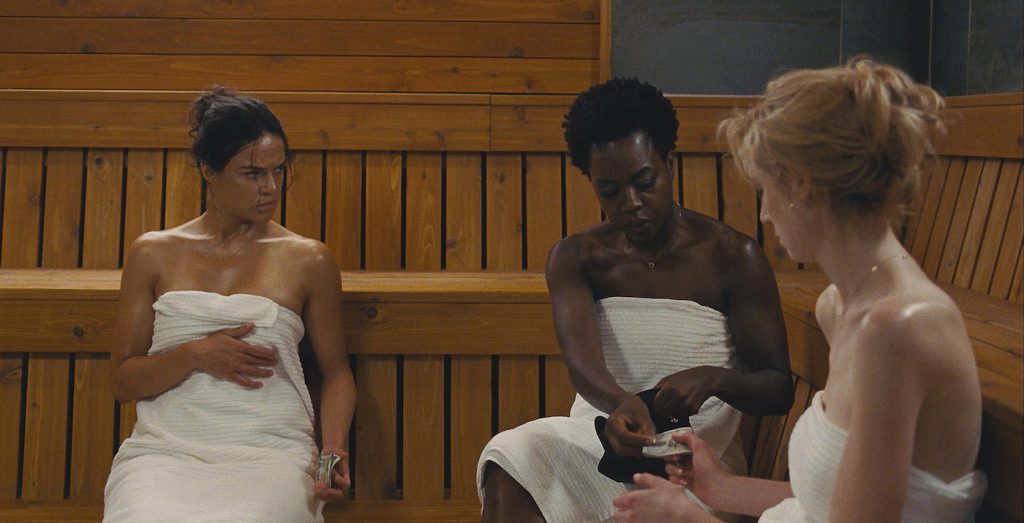 Steve McQueen, the auteur behind 12 Years a Slave, is back with Widows, his first film in five years. Viola Davis,Michelle Rodriguez Elizabeth Debicki and Cynthia Ervio play the titular widows of criminals who need to come together to pull off a major heist in order to pay off their dead husband’s debts.

The rest of the cast is equally excellent. Colin Farrell, Brian Tyree Henry, Daniel Kaluuya, Garret Dillahunt, Carrie Coon, Jacki Weaver, Jon Bernthal, Manuel Garcia-Rulfo with Robert Duvall and Liam Neeson. Widows is adapted from the six-part television show of the same name—its’ actually been filmed twice, once in 1983, and again in 2002. We’re willing to bet McQueen’s version, which he wrote with Gone Girl author (and screenwriter) Gillian Flynn, is going to be the best of the bunch.

McQueen is a singular filmmaker, and he never does the same thing twice. From Hunger (2008) to Shame (2011) to 12 Years a Slave (2013), he’s delivered breathtaking, vastly different films. Now he’s sinking his teeth into a heist film with one of the best crime thriller writers in the business as his partner. Yeah, we’re excited.

From Academy Award®-winning director Steve McQueen (“12 Years a Slave”) and co-writer and bestselling author Gillian Flynn (“Gone Girl”) comes a blistering, modern-day thriller set against the backdrop of crime, passion and corruption. “Widows” is the story of four women with nothing in common except a debt left behind by their dead husbands’ criminal activities. Set in contemporary Chicago, amid a time of turmoil, tensions build when Veronica (Oscar® winner Viola Davis), Alice (Elizabeth Debicki), Linda (Michelle Rodriguez) and Belle (Cynthia Erivo) take their fate into their own hands and conspire to forge a future on their own terms. “Widows” also stars Liam Neeson, Colin Farrell, Robert Duvall, Daniel Kaluuya, Lukas Haas and Brian Tyree Henry.