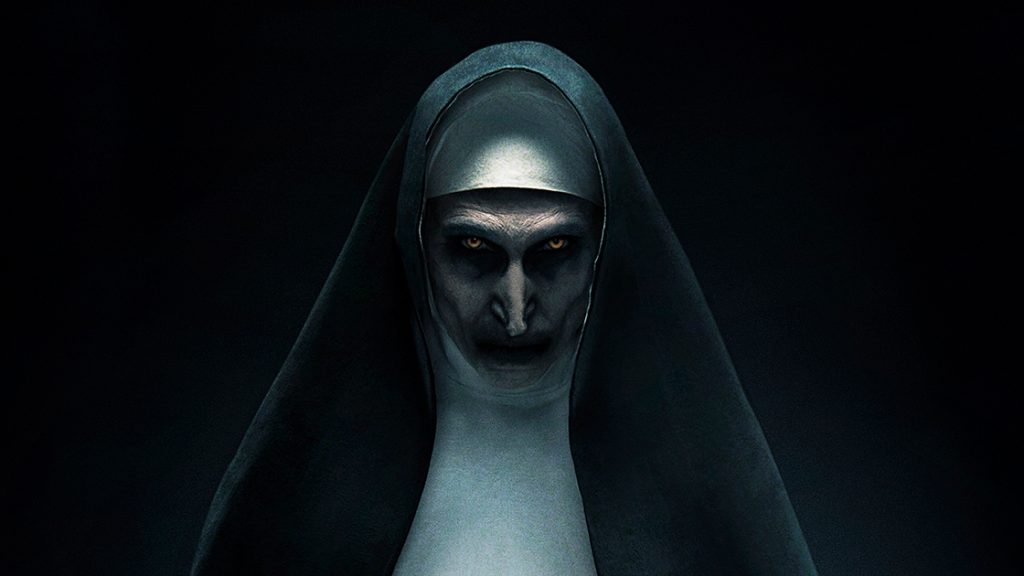 The Conjuring has had its fair share of terrifying spirits, but Valak of The Conjuring 2 may haunt us the most. Released during a seance seeking answers to the Amityville House killings, the demonic nun crept into Lorraine’s mind and frightened her with a vision of her husband dying. The first teaser for The Nun reveals that Valak has been terrorizing people for decades and she doesn’t fear anything holy.

In The Conjuring 2, Lorraine defeats Valak and sends the demon spirit back to hell. However, this character is too juicy to let go. We get to take a second pass at the spirit in 1952 Romania. Taissa Farmiga stars as Sister Irene who had visions of Valak (Bonnie Aarons) long before they came face to face. A priest calls Sister Irene to investigate the evil entity, that haunts the abbey. The teaser saves the biggest scare for the end, and even though we have seen a lot of crazy things happen in The Conjuring universe, it still comes as a shock. Remind us to never explore the dark underground tunnels of an abbey alone.

American Horror Story actress Taissa Farmiga may sound familiar to The Conjuring fans. Her sister, Vera Farmiga, plays Lorraine Warren. While no indication has been given that their characters are related, both Vera and Taissa are among the best actresses working today, and it is good to see both finding a home in The Conjuring universe.

Here is the official synopsis for The Nun:

When a young nun at a cloistered abbey in Romania takes her own life, a priest with a haunted past and a novitiate on the threshold of her final vows are sent by the Vatican to investigate.  Together they uncover the order’s unholy secret.  Risking not only their lives but their faith and their very souls, they confront a malevolent force in the form of the same demonic nun that first terrorized audiences in The Conjuring 2, as the abbey becomes a horrific battleground between the living and the damned.

The Nun begins her haunt September 7.