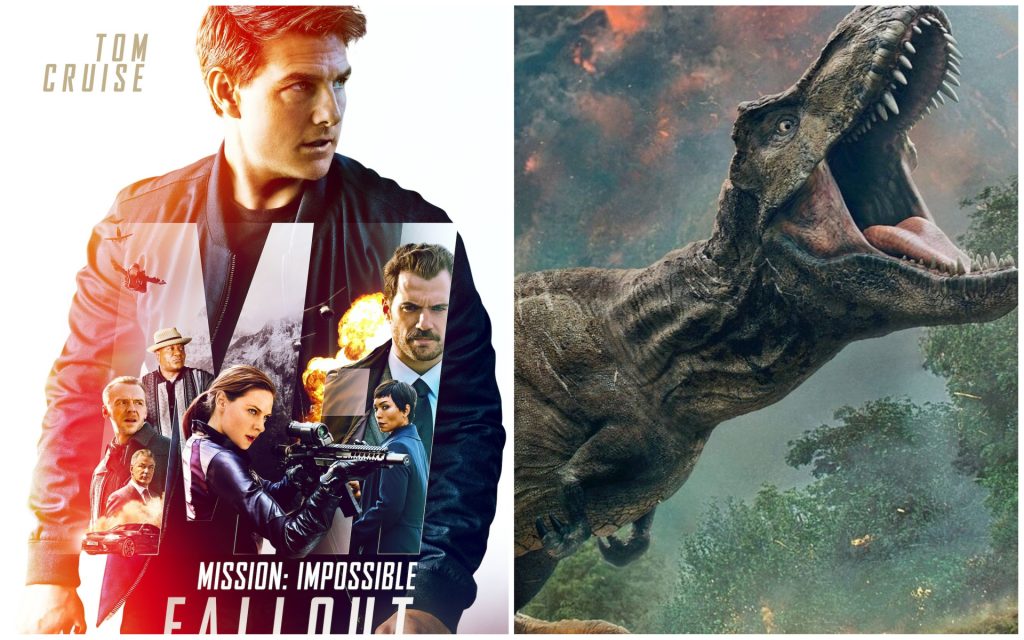 As if you needed another reason to go see Chris Pratt, Bryce Dallas Howard, and huge dinosaurs on the biggest screen you can find screen this weekend, here’s another one, and it’s real juicy my friends. On IMAX showings for Jurassic World: Fallen Kingdom, you’ll get a first look at footage from the new Mission: Impossible – Fallout, which comes out later this summer. In other words, two of the biggest movies of the year are teaming up, and you should be in line at the theatre now!

The Mission Impossible and Jurassic Park/Jurassic World franchises are two of the longest running franchises in film today. The first Jurassic Park movie was lauded for its special effects and was a pioneer in the use of computer imagery. The Mission Impossible movies have always had some of the best action scenes ever put to film — and who could forget that iconic Tom Cruise run. The point is that these franchises are special, and every time a new chapter to the story is unveiled, it’s an event. To have two franchises such as these team up is really, really cool.

Who knows, maybe this will lead to the return of the double feature, like Quentin Tarantino and Robert Rodriguez brought to us with Grindhouse in 2007. But while those dreams might be far-fetched, two big movie franchises teaming up is still something to get super excited about. So be sure to see Fallen Kingdom on IMAX (why would you not see it on the biggest screen possible?) and get to the theatre early to get the full experience, and get excited about two huge, fun summer movies coming our way.

Jurassic World: Fallen Kingdom will be released in the U.S. on June 22. Mission Impossible: Fallout comes to theaters on July 27th.