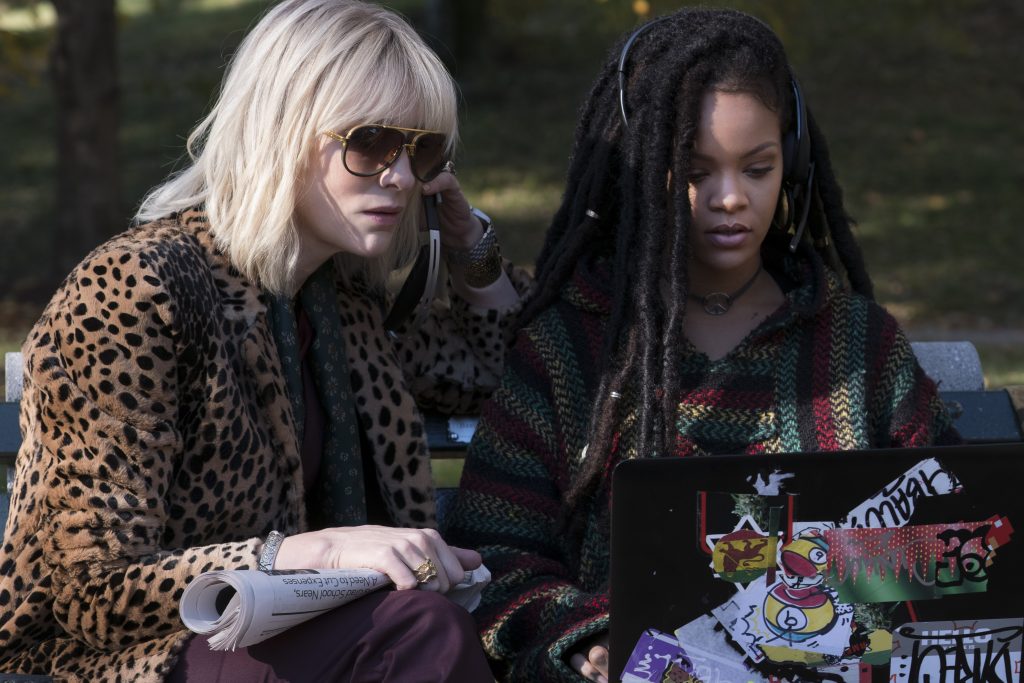 There are few things more frustrating to a moviegoer than missing a line of dialogue. Scripts have been carefully crafted to tell a story in merely a few hours making nearly every word vital to the plot. If you can’t hear what is said, you could miss something important. Particularly in the dialogue heavy Ocean’s 8 where the heist of the century is discussed in detail by eight sharp, savvy, and hilarious women. You won’t want to miss a word of it. Luckily, supervising sound editor and re-recording mixer, Paul Hsu, has diligently curated every syllable for optimal hearing.

“The movie is really dialogue and music driven,” Hsu said. “It really is about making sure that the director is getting all of the dialogue that is important. Hopefully making the dialogue work in a musical way itself.”

When cameras roll on set, audio is, of course, being recorded simultaneously. However, changes can occur in the script post-filming or audio quality from the set may be poor. In these instances, Hsu will step in and work with the actor to record a more palatable version to the ear. The technique, called Automated Dialogue Replacement, helps shape the story the way it is meant to be heard.

Hsu described the process as, “Doing a lot of minute alterations where you swap out a single syllable or single word to create a different rhythm of voice. On the surface, it’s very tedious, but can add up to creating a very different feeling.”

For a film that hinges on the spoken word, Hsu focuses on the most artistic delivery of every syllable. All the world is a soundstage. Hsu worked with Ocean’s 8 actors on set, in a studio, and some actors even recorded their lines on vacation using their smart phone.

“I would go on set on Ocean’s to record lines with them in between other scenes that they were shooting,” Hsu explained. “For the other actors that were not in the scene, I was in a trailer outside with the director and we would record additional lines. We can take that to the studio and put it in the movie in other places.”

Voice work can be demanding. When a line needs to be recorded later in a studio, an actor must say deliver it with the same intent they had on set. Recalling the character’s state of mind without costumes, sets, or original scene partners can be difficult. Hsu’s boutique company, c5 sound, inc., gets creative in helping the actor reconnect with the scene.

“Traditionally in the last few decades, it’s done in a studio with an engineer behind the glass,” Hsu explained. “Our studio is unique in that we have everyone in the same room to try to create a more organic recording. They have the footage there and can see the scene, but rather than this very automated process, we try to create a more organic experience. They watch themselves a little bit to remember the scene or the characters’ feelings, but then after that we do what we call a wild take. We stay and record and they improvise with the director until they get back to that emotional place where they were on the day they shot the film.”

The original Ocean’s 11 established a suave sophistication and cultivated cool that only Sammy, Frank, and Dean could invent. Director Steven Soderbergh maintained that style through the Ocean’s Eleven trilogy. Director Gary Ross took over for Ocean’s 8 and created something new and fresh, but also tapped into the quality of the former films.

“Steve [Soderbergh] was actually around a lot so I did watch the films, but I had a direct line to Steven as far as what was ‘Oceans-y’ enough or not,” Hsu explained. “We definitely reference them a lot. The other three, and the original original, have a smooth almost jazz sensibility to them. They’re not flashy in an overwhelming way, but they do have a lot of bells and whistles. Usually the approach is to create something that has a style to it and propels everything forward.”

The ladies of Ocean’s 8 uphold the legacy and might be the coolest capers the franchise has ever seen. Debbie Ocean (Sandra Bullock) and her crew set their sights on a moving target – a $150 million necklace at the Met Gala. Hsu captured the crackling ambience of the star-studded occasion by recording multiple staged and real-life events with bustling energy.

“In terms of scenes like that, I just cast a really wide net,” Hsu explained. “We have stuff from the staged shooting of the Met Ball. We go to galleries and other parties. We record as much stuff as we possibly can, hoping that when we get to the mixing, it’s what the director is looking for.”

The crime might be fabricated for the movie, but the Gala really is that glamorous. Few of us have ever received that coveted invite, but Hsu experienced the high fashion arrivals firsthand.

“I went and recorded on the red carpet last year at the Met Ball, which was frankly a terrifying experience,” Hsu laughed. “I was in with the paparazzi and I wasn’t prepared for that. They were aggressive.”

Recording on set, in studio, and at live events gives Hsu a lot of material to work with. As technology improves, sound designers have expanded their set of tools.

“Think of it like as cameras lenses that have gotten better,” Hsu explained. “Recording has gone through a similar thing. We used to record small booth with a single mic. Now there are several multi-mic techniques and we record outside when we can. The medium used to be tape or film and you could only record so much because it was expensive. Now it’s just hard drive space, which is so inexpensive you can record much more and experiment in a lot of different ways, which hopefully yields some new and interesting ideas.”

Clarity, quality, and creativity may be difficult to quantify, but Hsu knows it when he hears it. The end goal of collecting and curating multiple streams of audio is to deliver a story that sounds just right.

“People in the industry often talk about ‘telling the story’ which has become this trope of how people behind the camera help the story get told,” Hsu said. “Of course, that is valid, but personally, I’m much more intuitive. Frankly, a lot of it is experimentation. Once you’ve got that whole palette of sounds, getting something to really gel in a specific way is sometimes just trial and error until we get to what we’re looking for.”

Techniques and tools seem to be of less concern to Hsu than optimizing the audience experience. If the viewer forgets all the work he has put into making the best sound experience possible, all the better.

“The job is highly technical, but for me it’s about making that all vanish,” Hsu said. “Gary [Ross] is very versed in the techniques, but at the same time, hopefully as we are working that stuff is falling to the background. Whatever groundwork the director is laying, I am trying to help fill in and maybe create whatever emotion they’re trying to bring out in the audience.”

Ocean’s 8 is in theaters now.