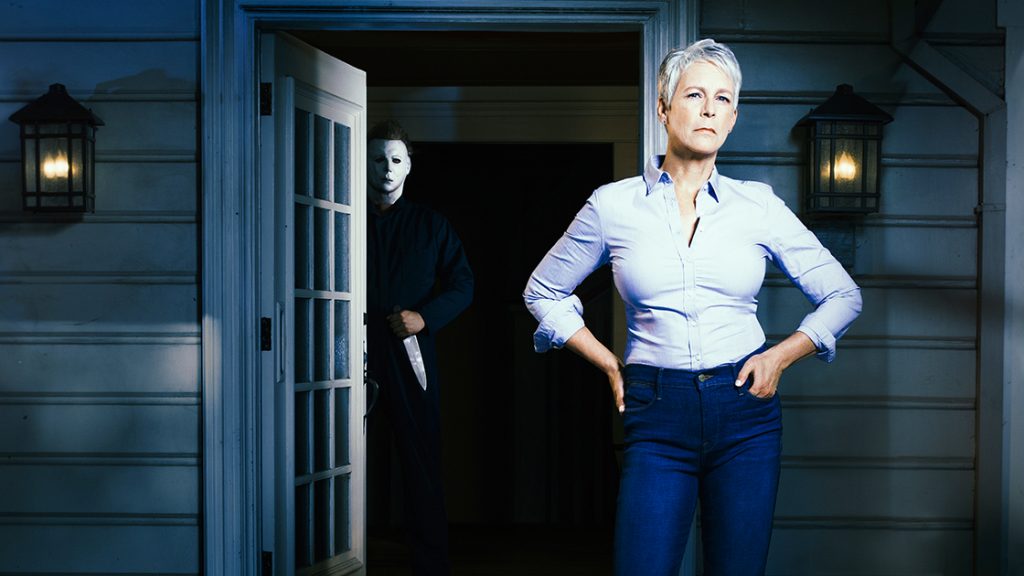 Laurie Strode is a grandmother now, but there is one thing missing from her happy ending. Having the pleasure of killing Michael once and for all. Laurie has spent 40 years praying Michael will escape and give her the opportunity to take him out. Of course, she gets her wish. The new Halloween trailer has some delightful treats for those of us who have worshipped the John Carpenter masterpiece all our lives.

If you don’t remember what happened in the original Halloween, the trailer takes a few moments to catch us all up. Michael murdered his sister, spent years in a mental institution, then escaped to wreak havoc on Haddonfield. Laurie (Jamie Lee Curtis) is the one who got away, as in the one teenager he wasn’t able to kill in 1978.

The trailer goes back and smooths out Michael’s (James Jude Courtney) chronology, ignoring many of the events that occurred after the original Halloween. Two investigators visit the serial killer in the mental hospital where Michael has been since Dr. Loomis shot him six times. Seeing the hospital where he is held is super intriguing and really creepy. That could be a great piece of character building.

The story of the triple teenage murder has become legend, even in the hospital. Fellow patients/inmates all seem to immediately recognize Michael’s mask, which investigators apparently thought was a good idea to return to him. Mask back in hand, Michael escapes and returns to hunt Laurie once again.

David Gordon Green’s new installment seems primed to honor the fantastic Carpenter legacy. Haddonfield doesn’t look like it has aged a day and the ambience is just right. Laurie is still the badass she was in her teens, prepared to fight the crazed killer. Most importantly, we get a heavy dose of those suspenseful lurking chills. Michael moves mysteriously and the closet scene is vintage Halloween at its best. You never know where he could be stalking about. Laurie and Michael have been waiting for just this moment, and so have we.