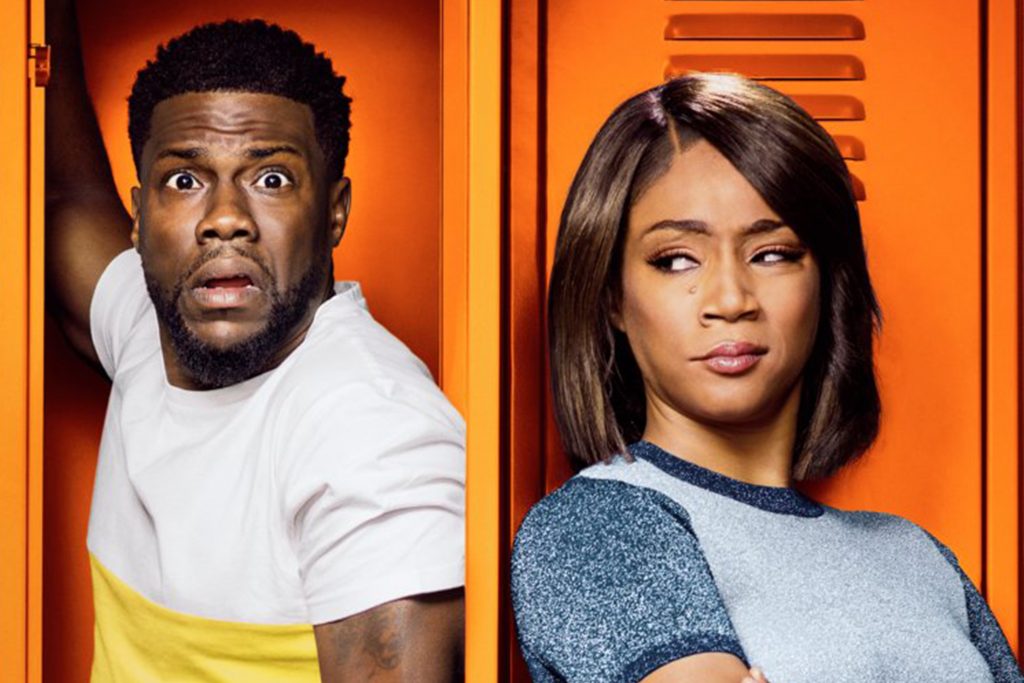 We have all had some test anxiety and taken those exams where we wish we had the answer key. Ok, maybe even a few of us cheated on a test or two. We don’t judge. But hopefully you never had to resort to these lengths. The new trailer for Night School gives us a more in-depth education as to what the wacky comedy is about.

A group of adults, including Kevin Hart, have enrolled in Tiffany Haddish’s night school course. If this were a real-life lesson, it would be a masterclass in comedy with Mary Lynn Rajskub (Safety Not Guaranteed), Rob Riggle (The Hangover), and Romany Malco (Think Like a Man) in attendance. No studying seems to take place during the course of the film, what fun would that be? Instead, the group invests their time in an elaborate scheme to break into the school and steal the test key.

We think that Tiffany Haddish would be the most fun teacher in school, but she is tough as nails on a chalkboard. She has to work to keep her students in line or they’ll never pass the class. Her methods may indicate she’s determined to flunk them all, but as the trailer plays on, she may become their biggest cheerleader. Also notable is SNL alum Taran Killam’s performance who plays the decidedly uncool school principal. Killam is one of the most versatile players to come out of SNL, so it is a treat to see him pop up.

Malcolm D. Lee directed, so this is sure to be a raucously fun comedy. Lee gifted us with gems Girls Trip and The Best Man Holiday. Kevin Hart wrote the script alongside an impressive ensemble group of writers including John Hamburg (Little Fockers) and Nicholas Stoller (The Muppets).