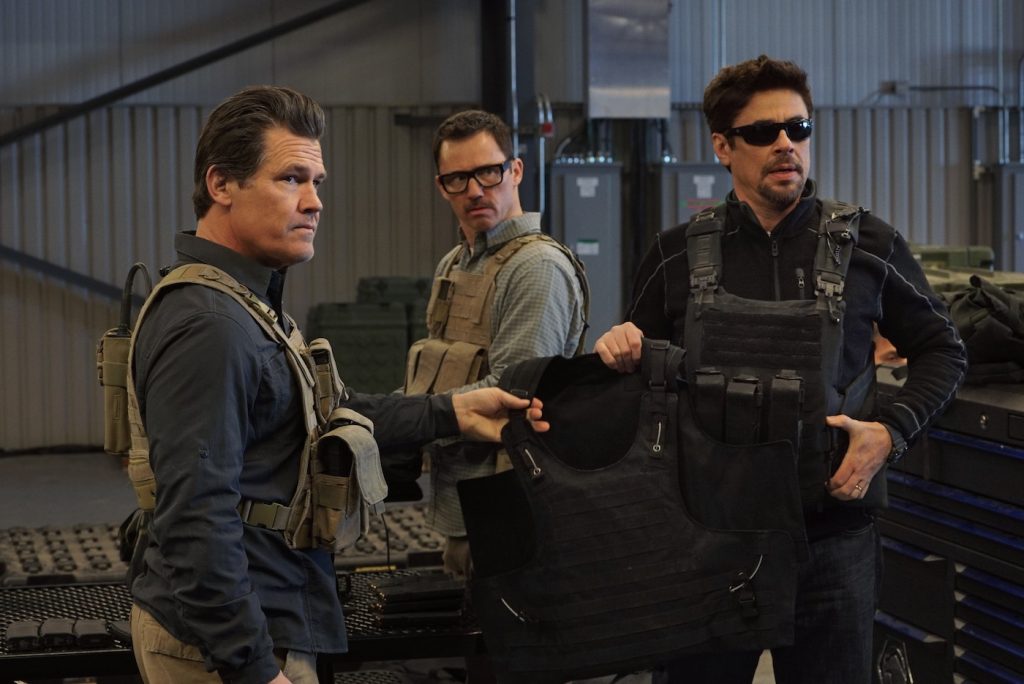 Josh Brolin Raises the Stakes in New Sicario: Day of the Soldado Clip

There are no rules here in this ruthless new clip from Sicario: Day of the Soldado. Josh Brolin’s character resorts to armed kidnapping to get what he wants, but everyone might not agree with his methods. Sony just released the short scene and the sequel to the 2015 crime thriller appears to be even bolder than its predecessor.

The intense scene features Matt Graver (Brolin), the staunch CIA operative who continues to carry out illegal false flag operations against Mexican drug cartels. Graver was more or less off the leash during the events of the first film, but in this scene from Day of the Soldado, he proves to be more merciless than before as he kidnaps the child (Isabela Moner) of a cartel kingpin. It should be no surprise that screenwriter Taylor Sheridan is willing to escalate the brutal tactics his characters employed in Sicario, but that doesn’t lessen the thrill that comes along with watching the chaos play out.

This scene in particular appears to be central to the story, as the kidnapping of Isabela Reyes (Moner) is the spark that leads to the conflict between Graves and Benicio del Toro’s ominous Alejandro Gillick. The two were essentially allies in the preceding film, but are expected to turn on each other in Soldado.

As we saw in previous trailers, Graves is eventually ordered to silence the girl in whatever way he sees fit, which the morally nebulous Gillick objects. Graver’s battle against Gillick, the cartels, and even the Mexican government is destined to be played out with all of the tools and deception of modern warfare. We can’t wait to see what else Sheridan and director Stefano Stollimo (Gomorrah) have up their sleeves. Even without Emily Blunt’s Kate Macer, whose grave determination drove the first installment, the series looks as gripping as ever.

The slowly unraveling, gut-punching action of the clip is what fans old and new alike can anticipate from Sicario: Day of the Soldado, which is set for release on June 29.

TAGSSicario: Day of the Soldado