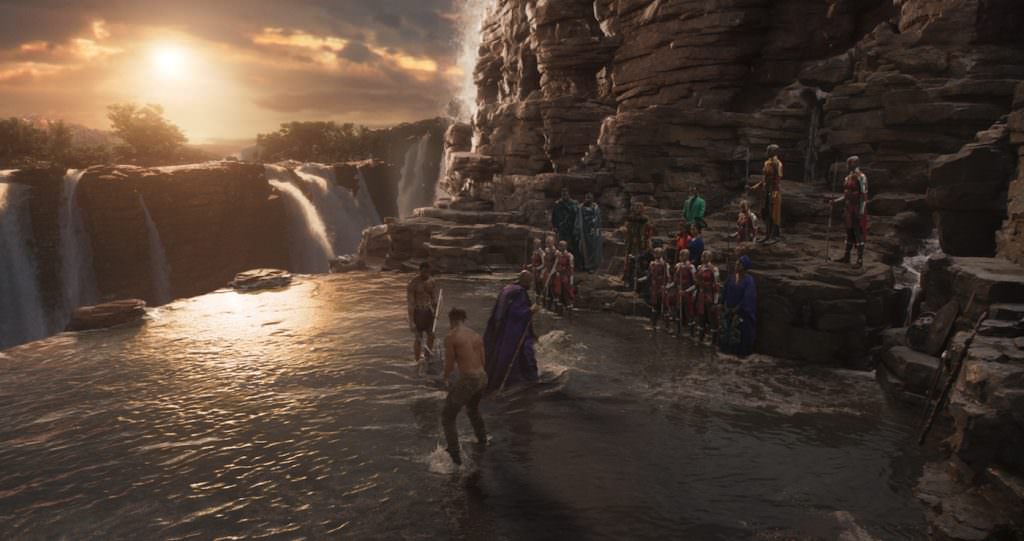 It turns out that Wakanda is real. The nation’s most stunning vistas weren’t taken from another country, or the product of various other environments blended together. Wakanda is real—in a sense—in that it was created almost entirely by the visual effects wizards who brought Ryan Coogler’s vision of the fictional African nation into reality. The most astonishing location in the history of the Marvel Cinematic Universe was nearly entirely created by digital effects. A new VFX reel shows just how these environments were created.

The video released by Scanline VFX — the visual effects team responsible for bringing Wakanda to the big screen — shows the great lengths that the group went to make the world as realistic as possible. Nearly everything that can be seen on screen was made on a computer. From the waterfalls, to the tall cliffs, none of it can be found in the physical world. It is just Wakanda. There’s something kind of romantic about that.

Even beyond the majestic geography and backdrops, the work done by Scanline VFX was incredibly detailed. During the fight scene between T’Challa (Chadwick Boseman) and M’Baku (Winston Duke) in a cliff-side pool, the splashes were augmented. In other words: only most of the water in the scene was real. In the same scene, only the people immediately surrounding the fight were real actors. All of the people that were viewing the fight from higher on the cliff were created using computer generated imagery.

Being able to generally tell the difference between practical sets and locations and digital effects used to be fairly easy—that’s not the case anymore. When most people watch Black Panther, you don’t even blink. That’s how good the movie looked. We can all thank Scanline VFX for their amazing work on a movie that was not only emotionally resonant, but visually breathtaking.