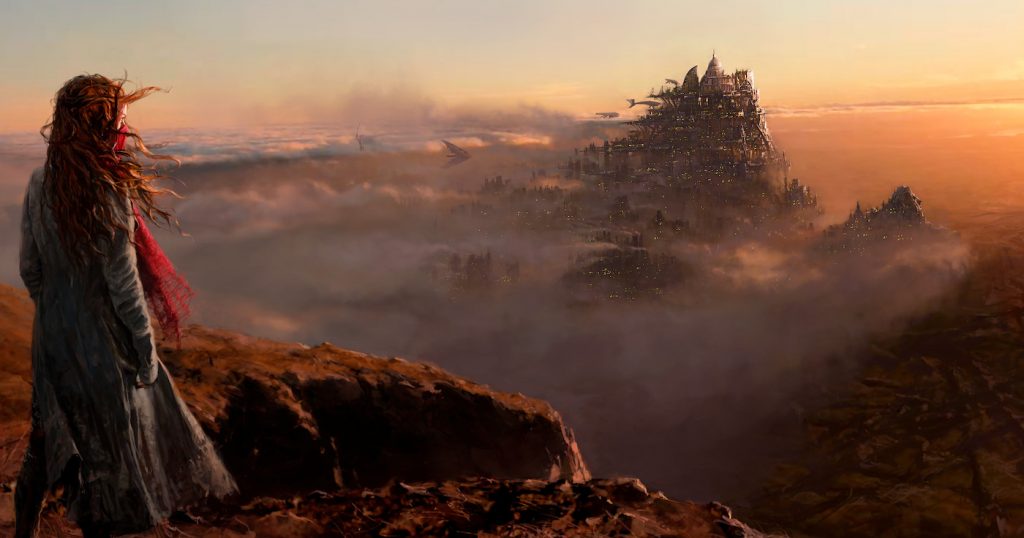 If you’re going to adapt Philip Reeve’s wild sci-fi quartet of novels, you’d want director and super producer Peter Jackson involved. Universal has just dropped the first trailer to Mortal Engines, based on Reeve’s books, and set in a future civilization in which colossal “traction cities” stomp across a post-apocalyptic landscape, scavenging for supplies, often taking them from other mobile cities. Jackson not only produced, but also co-wrote the script along with his Lord of the Rings partners Fran Walsh and Philippa Boyens.

The film is directed by longtime Jackson collaborator Christian Rivers. He worked with Jackson on the director’s seminal Dead Alive (1992), working as a storyboard artist, a visual effects supervisor and a second unit director. He’s also an Oscar winner—he nabbed one for his visual effects work on Jackson’s King Kong in 2005.

This is a pretty perfect background for tackling Reeve’s strange, ambitious story. The trailer offers a promising glimpse of what could be a unique combination of sci-fi, fantasy and epic action flick.

Thousands of years after civilization was destroyed by a cataclysmic event, humankind has adapted and a new way of living has evolved.  Gigantic moving cities now roam the Earth, ruthlessly preying upon smaller traction towns.  Tom Natsworthy (Robert Sheehan)—who hails from a Lower Tier of the great traction city of London—finds himself fighting for his own survival after he encounters the dangerous fugitive Hester Shaw (Hera Hilmar).  Two opposites, whose paths should never have crossed, forge an unlikely alliance that is destined to change the course of the future.

Check out the trailer here. Mortal Engines steams into theaters on December 14, 2018.