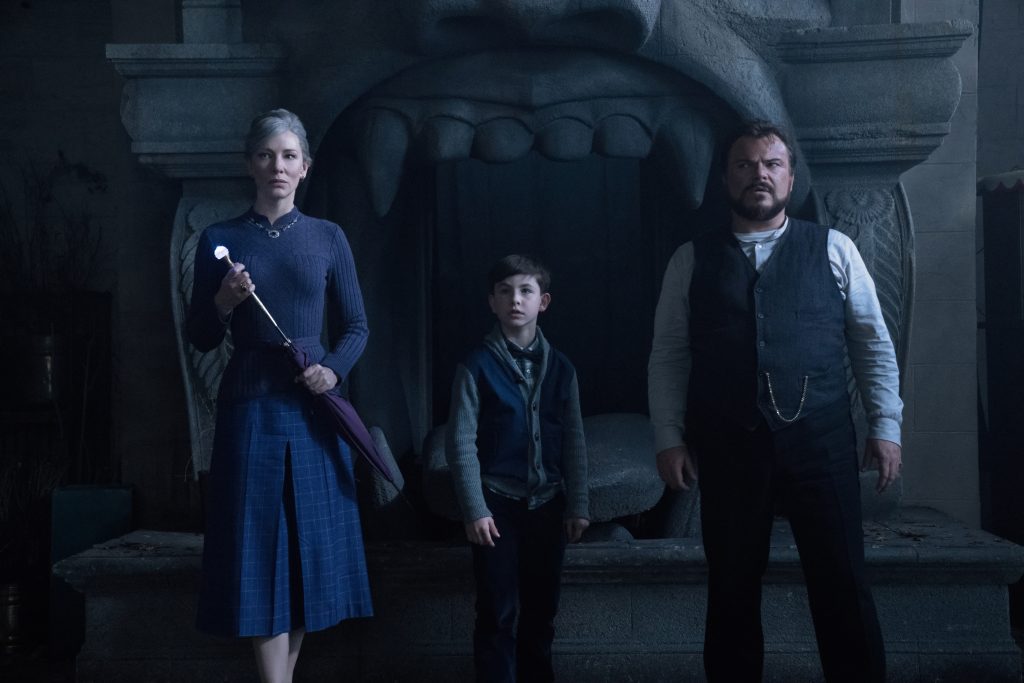 The House with a Clock in Its Walls just dropped a new trailer today and it is filled with adventure, whimsy, and eccentricity.

Based on the 1973 classic books by John Bellairs, the film follows young Lewis (Owen Vaccaro) who moves in with his quirky uncle, Jonathan (Jack Black). He soon discovers his uncle and neighbor Mrs. Zimmerman (Cate Blanchett) have a spellbinding secret. Lewis begins his journey of becoming a warlock, but there are more evils in store than a giant purple octopus in a closet.

The gothic home is the perfect setting for a tale of witchcraft, but it comes with a dark past. Uncle Jonathan’s magical house was once owned by Isaac Izard (Kyle MacLachlan), an evil warlock who hid a clock within its walls. None of them know exactly what the clock does, but one thing is for certain: it isn’t good. As the clock ticks down to the strike of one, Lewis, Jonathan, and Mrs. Zimmerman are in a mad race against time. They must destroy the clock or face unimaginable consequence.

Jack Black and Cate Blanchett have us totally hooked. Black knows how to accentuate the oddities of his characters and Uncle Jonathan seems to be more fun than the curmudgeonly RL Stine of Goosebumps. As always, Blanchett is mesmerizing and we could watch her whip up spells all day. They’re genuine and charming, but just off-kilter enough lest we get too comfortable in the fantasy world they inhabit. Vacarro looks plain adorable and doesn’t seem intimidated by his costars in the least. We only get a mere glimpse of MacLachlan in the villainous role, but he is always fun to watch. That’s a heavyweight cast for a children’s film, which likely indicates serious fun in store.

The House with a Clock in Its Walls is directed by Eli Roth, and will be released on September 21.

Featured Image: Cate Blanchett, Owen Vaccaro, and Jack Black in The House with a Clock in Its Walls. Storyteller Distribution Co., LLC