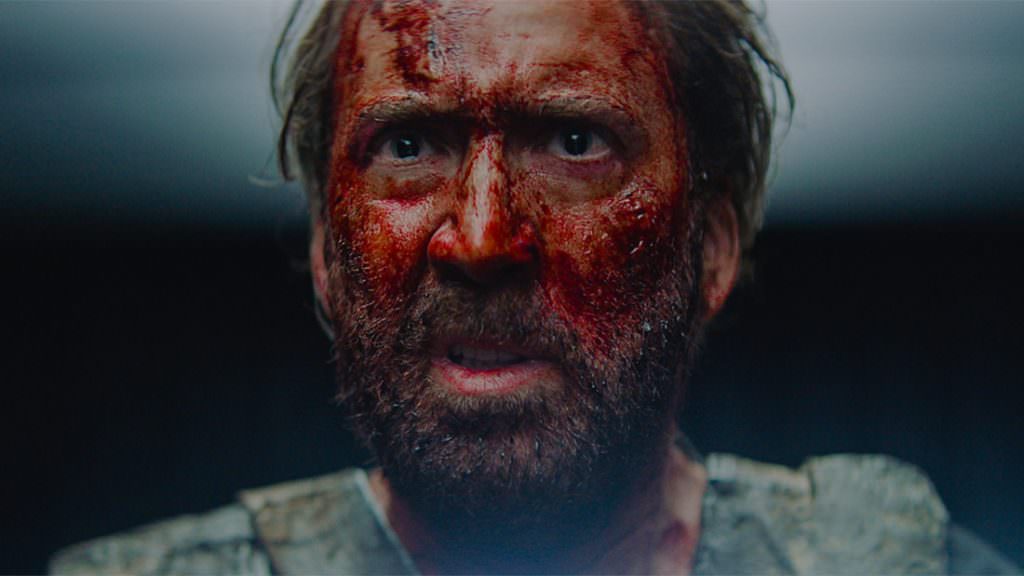 Another popular hit played at Sundance earlier this year, and the raves keep rolling. RLJE Films has released the first trailer for the new action-thriller Mandy, and you won’t want to mess with the beloved Nicholas Cage. In fact, “Nicholas Cage gives the performance of a lifetime,” Russ Fischer tells The Playlist. Who doesn’t want to see him in a chainsaw battle? This thriller is different than most, it takes us into a new dimension of action we have yet seen on the big screen. It’s astonishing, magical, unforgettable, and crazy scary!

Mandy tells the story of a loving couple Red (Nicholas Cage) and Mandy (Andrea Riseborough) who take a strange and morbid turn when a terrifying cult and its insane leader (Linus Roache) attempts to possess Mandy. “I need you to go get that girl I saw,” the maniacal leader tells his cult in effort to kidnap Mandy. Things take a dark turn and it is up to Red to seek vengeance and go through a nightmarish hell in effort to save his wife. IndieWire’s Eric Kohn raved, “Mandy is a stunning dose of psychedelia and derangement, this one folded into the constraints of a woodsy revenge thriller, but that’s mainly an excuse for Cage to unleash his most psychotic extremes.”

Mandy was one of the midnight showing at Sundance this year, and it is ripe for a cult following. Like the fan kind, not the kidnapping murderous kind. Say what you will of Cage’s prolific acting – he throws himself into roles and Mandy is no exception. Riseborough also delivers a captivating performance and was a darling of this year’s Sundance appearing in multiple films.

Director Panos Cosmatos has not directed a movie in 8 years, but he has already acclaimed himself as a cult-film legend with his 2010 science-fiction film Beyond the Black Rainbow. IndieWire named that film one of the century’s best sci-fi movies, and it is because of this we know that Cosmatos can still get us to scream and sweat in one of his exciting thrillers. Red’s bloody maniacal quest to save his wife will certainly leave you in awe.

Featured Image: Nicolas Cage appears in ‘Mandy’ by Panos Cosmatos, an official selection of the Midnight program at the 2018 Sundance Film Festival. Courtesy of Sundance Institute.