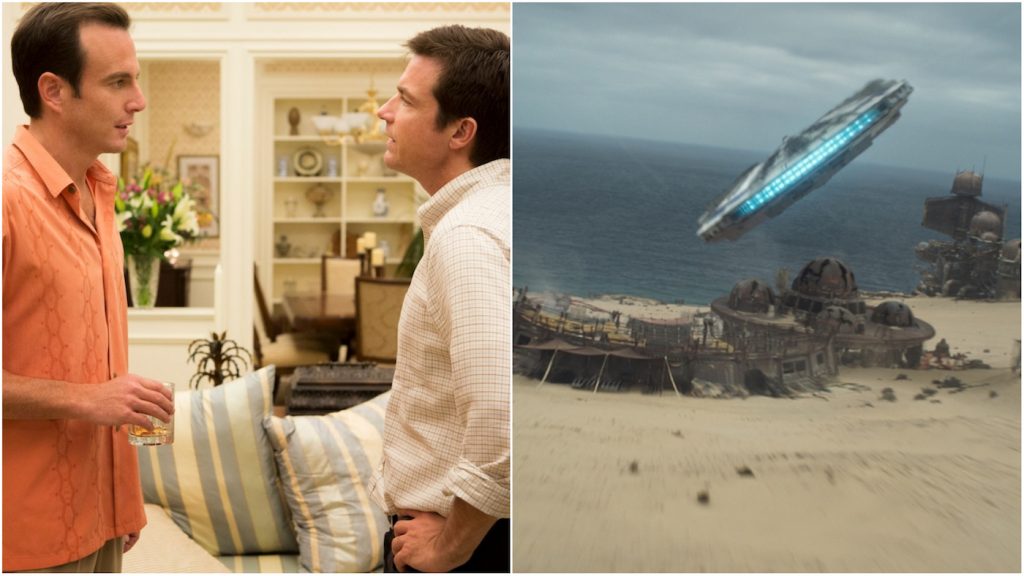 Ever since Ron Howard stepped in to direct Solo: A Star Wars Story, the affable veteran has proven time and time again to be the film’s best pitchman. Not only has he shared a ton of juicy tidbits during production, he’s now gifted us with this hilarious Arrested Development/Star Wars mash-up. In the Oscar-winning director’s long and varied career, when he turned up as the narrator on the beloved Arrested Development he captured a whole new generation of admirers. His voice became one of the essential components of the hysterical, inane doings of the Bluth family, pointing out the family’s many lies in Howard’s now distinctive deadpan. For a big time director to lend his voice to an absurdist comedy on TV was delightful, but Howard has good taste—Arrested Development was (and is again) one of the funniest shows on TV. Not for nothing, Arrested Development is also where Joe and Anthony Russo, directors of Avengers: Infinity War, honed their chops. Whether it was Howard’s idea or some savvy marketing guru at Lucasfilm, giving Star Wars: A New hope the Arrested Development treatment with Howard narrating it was a stroke of pure genius.

Instead of just phoning it in here, this Arrested Development: Star Wars parody actually works. “Now the story of a family that wants to rule the galaxy,” Howard begins, “and the one son who had no choice but to save it.” This is, of course, nearly identical to the way Arrested Development began its run: “Now the story of a wealthy family who lost everything, and the one son who had no choice but to keep them all together.” We’re swiftly plunged into the story of A New Hope, which feels a lot funnier with Howard taking us through the story’s paces. When R2-D2 shows up on Tatooine, and eventually shows Luke the hologram of Leia, Luke famously says, “Who is she? She’s beautiful.” Howard then adds, “She’s his sister.” You probably need to have been an Arrested fan to really love this, but even Star Wars fans with only a cursory knowledge of the show will be able to enjoy themselves.

It’s all good fun as we wait for Solo: A Star Wars Story to hit theaters on May 25. Your Solo stars are Alden Ehrenreich as the young Han, Woody Harrelson as his mentor, Tobias Beckett, Emilia Clarke as the mysterious Qi’Ra, Donald Glover as the young Lando Calrissian, Thandie Newton as the even more mysterious Val, Phoebe Waller-Bridge as the droid L7-37, Joonas Suotamo as Chewbacca, and Paul Bettany as Dryden Vos. Arrested Development fans also have something to look forward to: a remixed version of Season 4 is due to hit Netflix on Friday, with an announcement on Season 5 soon.