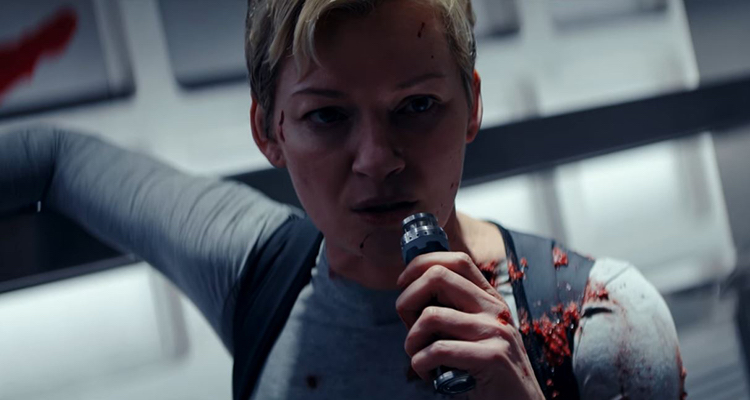 Game of Thrones, inspired by George R.R. Martin’s epic series A Song of Ice and Fire, is nearing its final winter. Season 8, airing in the summer of 2019, will be the end of the series. If you can’t imagine your life without Martin’s stories in it, fear not. If you can stomach sci-fi horror, Nightflyers is on the way. SyFy released a behind the scenes feature of the show in March, and now the first mini-promo has aired.

The clip is only a few seconds of suspenseful horror, but nothing says ‘danger’ like flickering lights. Three of the ship’s crew are shown in the spacecraft’s dark hallways. Each of them is alone to face the inevitable terror. As the power begins to fail, an alarm sounds and they know something is coming for them. We never see what might be after them, but it ends in bloodcurdling screams.

Compared to the sprawling seven kingdoms of Game of Thrones, Nightflyers looks like a claustrophobic nightmare. The hallways seem to be endless, but there’s nowhere to really go when you’re floating in space. Especially when the threat comes from within. “You can’t escape what’s inside,” the teaser warns in blood red letters. The tagline harkens back to the Alien franchise saying, “In space, no one can hear you scream.”

Expect to encounter something other than a Xenomorph, however. Martin described the series as “a haunted house story on a starship” and “Psycho in space.” The threat here is probably more sentient than a bloodthirsty creature, in a sense. Martin’s novella was made into a film in 1987 featuring a computer system whose jealousies turned murderous. When the entire ship is hunting you, there’s going to be nowhere to hide.

Nightflyers premieres on SyFy this fall.