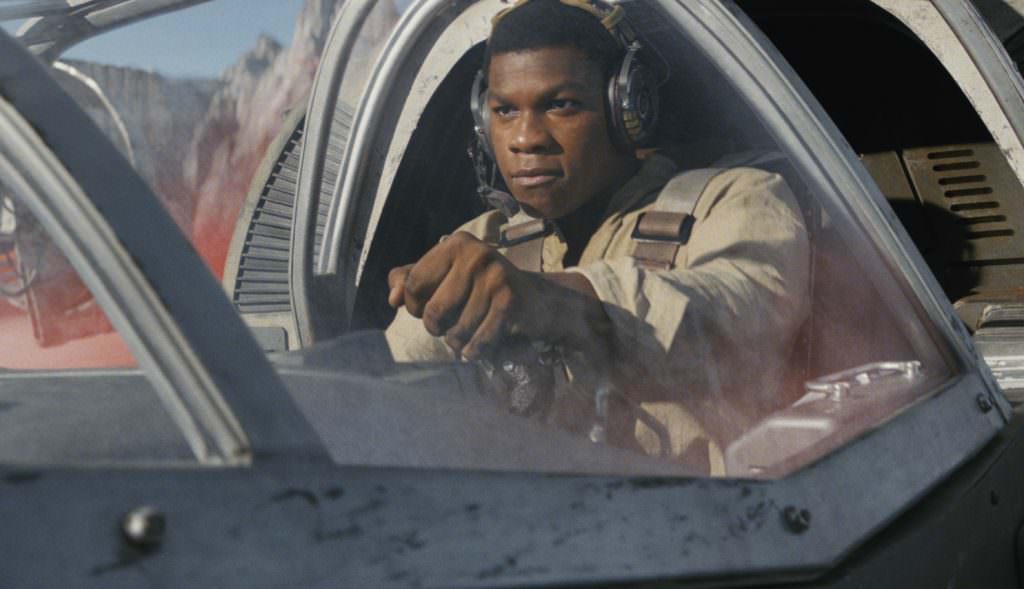 Two lines in an interview with John Boyega for Yahoo! give us one of the earliest clues we have about Star Wars: Episode IX. The finale of the Skywalker saga has yet to even being filming, but Boyega is already prepping for the role. According to Boyega, his character Finn will undergo a physical transformation for the next installment.

“I can’t wait to start shooting the next and final leg of the franchise,” Boyega told Yahoo!. “The first step is growing out my hair, so you can wait for the trailer to see why.”

Considering principal photography has not yet begun on the film, that is going to be a long wait. The implications could go a lot of ways, but the hair growth will definitely be indicative of Finn’s mindset as the conflict culminates.

Until now, we have honestly not given much thought to galactic haircuts. Most of the male characters sport short styles, but there are a few exceptions. Free spirit Jedi and Anakin’s mentor, Qui-Gon Jinn (Liam Neeson), rocked the longest style. This was likely just a personal choice that vibed with his lifestyle of living in the moment. A contemporary of Jinn, young Obi-Wan Kenobi (Ewan McGregor) also had a shoulder length look. Long locks could be the popular style of that time, or could be indicative of a great Jedi. On the dark side, Kylo Ren (Adam Driver) also sports a longer style. Finn, however, has not shown any Jedi traits to date, so he’s likely to take a different path.

Finn does, however, have a history with the dark side. When we caught up with Finn for the first time, he was escaping the First Order as a Stormtrooper. He seems to be fully disillusioned with Kylo Ren’s cause, but it’s clear that allegiances in Star Wars are fluid. Power can be persuasive and with the First Order gaining overwhelming strength, could Finn be lured back? That might inspire not only an emotional and spiritual change, but also a physical one.

Even if Finn were to resist the temptation of the dark side, the galaxy could still be overwhelmed by it’s shadow. As the Resistance grows more sparse and weak, hope could be at an all-time low. When Luke (Mark Hamill) grew discouraged and withdrew from the Resistance, he turned to natural living in isolation on Ahch-To. That included a long hairstyle filled with despair and a beard of bitterness. At the close of The Last Jedi, Finn got an emotional boost of being reunited with Rey (Daisy Ridley), but Rose (Kelly Tran) was unconscious.

That brings us to the romantic tones of the film. Finn was clearly taken with Rey in The Force Awakens but that chemistry was translated to his relationship with Rose in The Last Jedi. Now that the three of them are together, is there a love triangle brewing? Rey seems pretty single-minded on the war and is preoccupied with her mental connection to Kylo Ren. With Rose in ill health, that could weigh heavily on Finn. He was in a coma himself just before they met, so they might have a shared experience connection.

Outside theories could see Finn stranded or in hiding. Considering he is essentially a refugee of the First Order, he could make an effort to maintain a lower profile. The clash between the First Order and the Resistance is destined to become more involved and personal. He might be among the enemy and require an added layer of disguise.

Last, and definitely least likely, General Leia is expected to pass away in the final film. The great Carrie Fisher created one of the greatest roles in film history and we hope Episode IX pays homage to the fierce and faithful fighter. We are totally in support of the whole cast rocking Leia buns in honor of her monumental legacy.

If this one tiny insight into the future of the franchise can spawn this many theories, there is a lot of speculating ahead. As more clues emerge, we’ll definitely be trying to fit this piece into place.