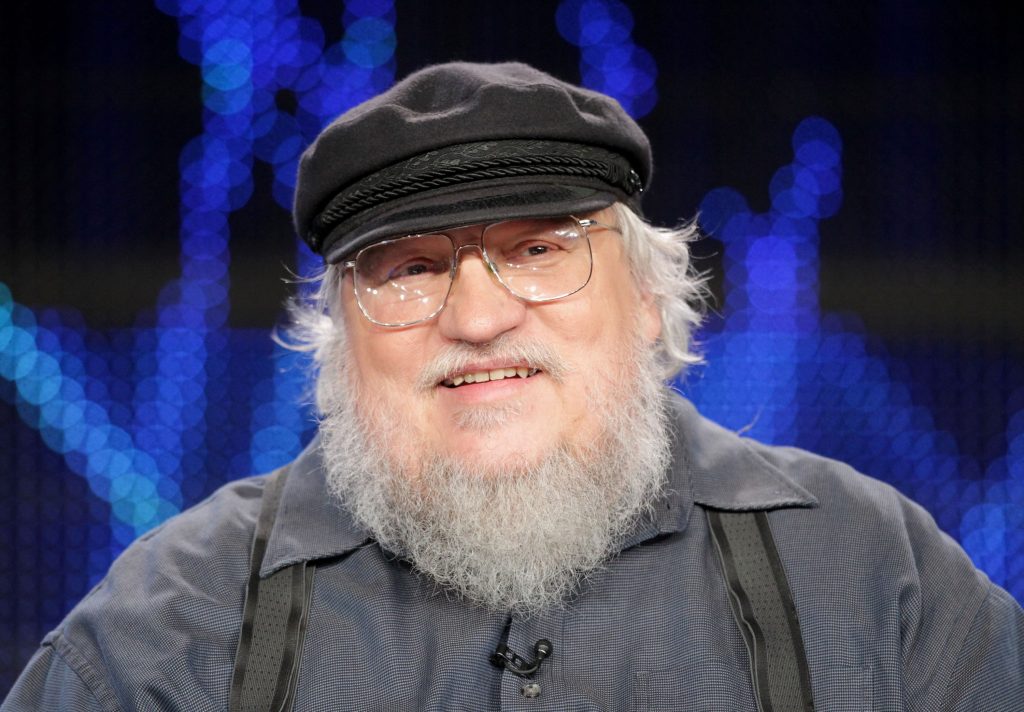 There are a lot of reasons to love George R.R. Martin’s complex fantasy worlds, but let’s be real. The absolute best part is the dragons. We have been enamored with Drogon, Rhaegal, and Viserion since season 1. However, they aren’t the only dragons around. Deadline reported that Warner Animation Group has sealed the deal to create an animated film based on Martin’s 1980 book, The Ice Dragon.

Although the title bears a resemblance to Martin’s series A Song of Ice and Fire, the inspiration for Game of Thrones, this dragon was not birthed by Daenerys. In fact, The Ice Dragon does not even take place in the same world as Westeros. The book A Game of Thrones was first published more than 15 years later in 1996.

If the mere mention of an ice dragon is giving you flashbacks to last season of Game of Thrones, you might be envisioning a different magical creature. The Night King shot down Viserion then raised it as a wight, which absolutely chills us to the bone. An undead dragon is the last thing the seven kingdoms need. However, the nature of the winged beast in The Ice Dragon is a little bit different.

The young adult story follows a winter child, Adara, who is able to tame her flying friend. Martin again plays with familiar themes of harnessing the elements and the savage effects of the season. Ice dragons are powerful creatures who breathe intense cold rather than fire. They can spread the frozen temperatures across the land, but Adara is not afraid of the cold. Eventually, fire breathing dragons invade her carefree childhood home and Adara, along with her dragon, must defend their land.

Unlike Game of Thrones, this project is going to be family friendly. The Ice Dragon was written for a younger audience and features an adolescent main character. By comparison The Ice Dragon runs a mere 120 pages to the first book in A Song of Ice and Fire at 694 pages. Martin is on board to produce, which will help ensure the story stays true to his vision.

Featured Image: Writer George R.R. Martin speaks during the ‘Game of Thrones’ panel at the HBO portion of the 2011 Winter TCA press tour held at the Langham Hotel on January 7, 2011 in Pasadena, California. (Photo by Frederick M. Brown/Getty Images)