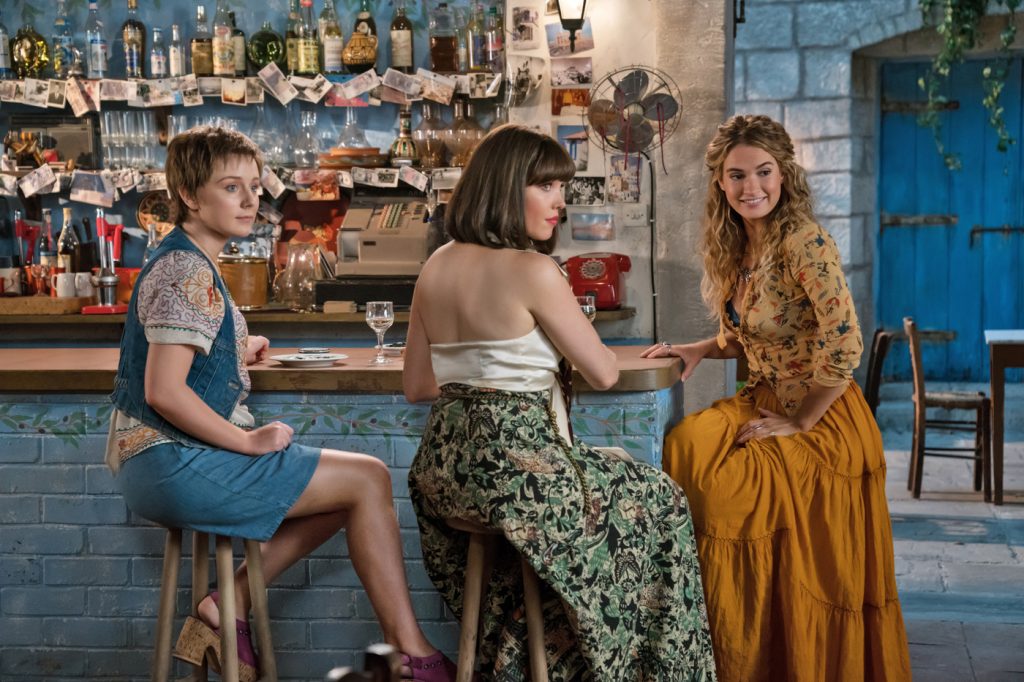 Sophie (Amanda Seyfried) is peeling back more layers to her mother’s past. The final Mamma Mia! Here We Go Again trailer reveals more about Donna’s Greek adventures and what brought her to the island in the first place. There’s a ton of new footage and more teasers about the family dynamic of past and present.

Jumping back to 1979, Donna first sets her sights on Kalokairi and her friends set their sights on the island’s men. We even get our first glimpse at sparks between Bill and Rosie, which is adorable. Although we know he has a summer fling with Donna, he ultimately clicks with Rosie at the end of the first film.

Sophie has gone back to the island after learning she’s expecting her first baby. Hoping to feel closer to her mom, she begins to tell close family and friends about her pregnancy and asking how her mom did it by herself all those years ago. We still aren’t getting any confirmation of Donna’s whereabouts, but she must have passed away. She would never want to miss out on this and she is noticeably absent.

Amanda’s grandmother, played by Cher herself, steps in to fill Donna’s place. The diva’s appearance was the punchline of previous trailers, but we see much more of her now. Rosie and Tanya refer to her as the wicked witch of the west, so there must be bad blood. Expecting her first great grandchild, she’s decided to recommit to her family and we know she’ll bring the drama. Bring it on!

Bill, Sam, and Harry have decided to forego the paternity test and all act as Sophie’s father. That means also playing grandad to the forthcoming baby. Wherever their lives have led, they all seem smitten with Sophie and we love a happy ending.

Featured Image: (L to R) Young Rosie (ALEXA DAVIES), Young Tanya (JESSICA KEENAN WYNN) and Young Donna (LILY JAMES) in “Mamma Mia! Here We Go Again.” Ten years after “Mamma Mia! The Movie,” you are invited to return to the magical Greek island of Kalokairi in an all-new original musical based on the songs of ABBA. Photo Credit: Jonathan Prime