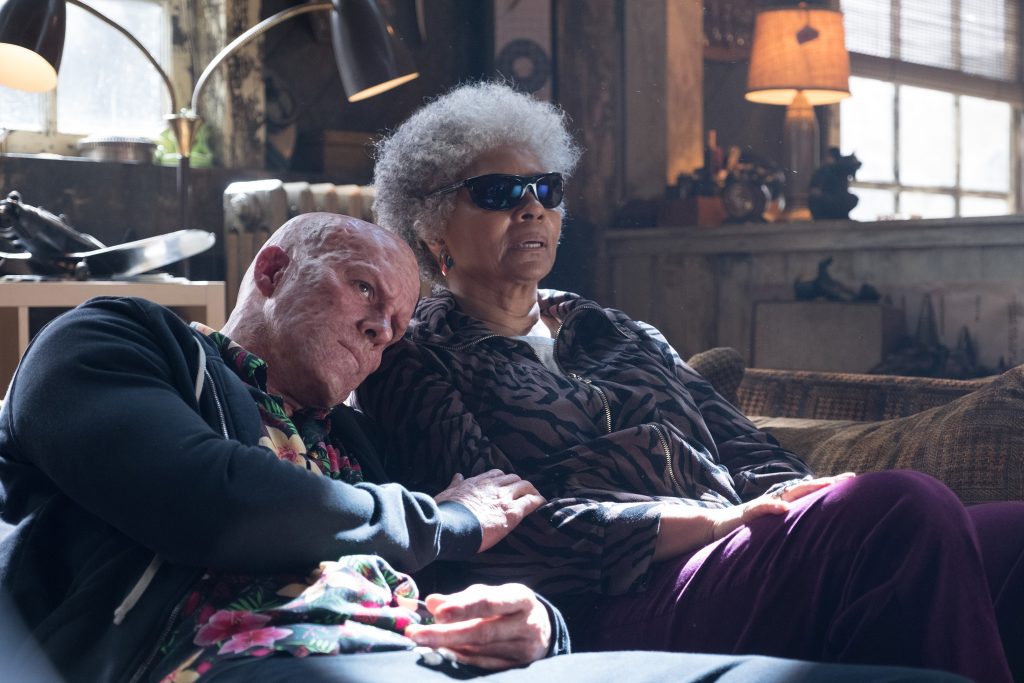 Deadpool is back with another outrageous clip to teach us that you can’t let one raunchy insult get in the way of true bromance. Soccer legend David Beckham seems hung up on the rude manner in which he was described in the first Deadpool film, but Wade (Ryan Reynolds) has seen the errors of his ways. With Deadpool 2 on the way, he is determined to make amends with Beckham.

Beckham is pretty much perfect in every way, but Wade finds his speaking voice to be a little too high. As Deadpool put it to Blind Al (Leslie Uggams), “It’s like he gave mouth sex to a can of helium.” Ouch. We were always fond of Beckham’s British vocal inflections, but apparently it comes off more chipmunk than heartthrob to Wade.

Inside Beckham’s apartment, he plays the clip over and over reliving the jab. Just then, the Merc with the Mouth himself appears at the door with a plate of cookies. It’s a no go, and Beckham slams the door in his face. The founder of the X-Force realizes he has to put a little effort behind this apology. He tries balloons, but that only doubles down on the helium. Another Beckham rejection.

A mariachi band doesn’t do it either, but Deadpool finally hits on the way to Beckham’s heart. A Top Gun soundtrack and tickets to the World Cup. Nothing can come between these two in the end and they bring it in for a hug.

Turns out, the name calling wasn’t the source of the rift anyway. Deadpool actor Ryan Reynolds has a lot more to apologize for, starting with The Green Lantern. That brings up a host of new wounds and we might have another fight on our hands soon. Ah, love is a fickle thing.

Deadpool 2 arrives in theaters May 18.