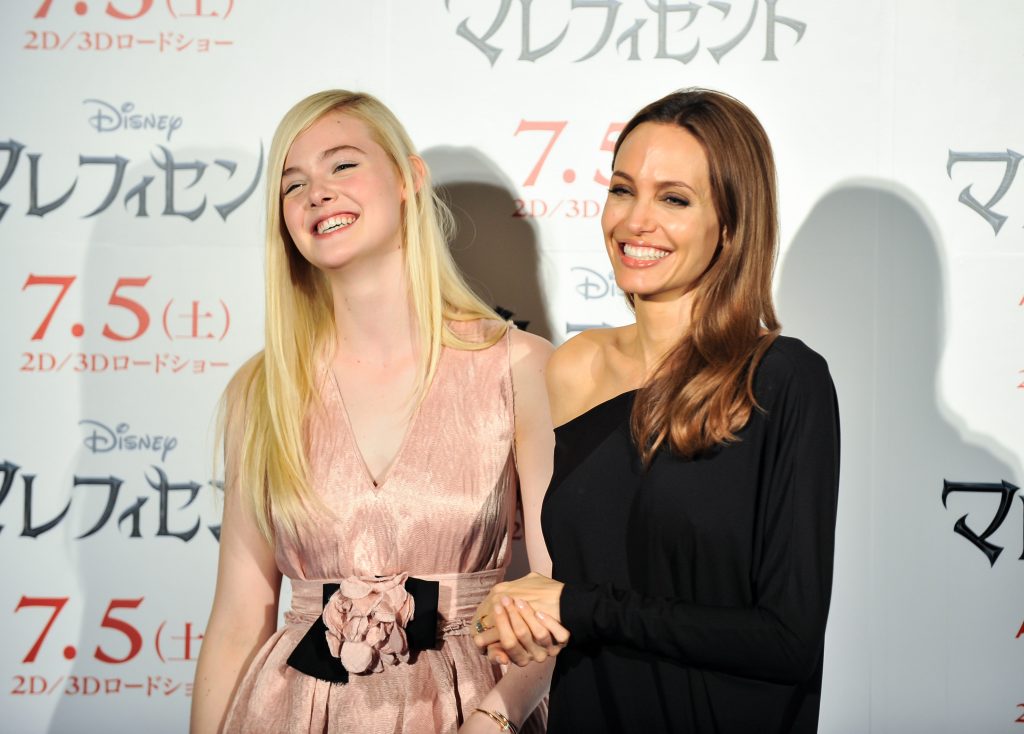 Maleficent doesn’t look so malevolent in this behind-the-scenes shot on set. Maleficent II has begun shooting and star Elle Fanning posted a pic with costar, Angelina Jolie. The actors reunited in London to begin filming this week.

While Fanning and Jolie will be reprising their roles, Aurora and Maleficent respectively, Harris Dickinson (The Darkest Minds) will be stepping into the role of Prince Philip. Michelle Pfeiffer joins the cast as Queen Ingrith, along with Chiwetel Ejiofor (Doctor Strange), Ed Skrein (Deadpool) and Robert Lindsay (Wimbledon). Returning to the cast are Sam Riley, Imelda Staunton, Juno Temple and Lesley Manville.

The 2014 film took a look at the story of 1959 Disney classic Sleeping Beauty from the perspective of its famous villain. Maleficent was one of the early Disney live action adaptations that helped solidify the success of the series. This particular story is a bit of an anomaly as it isn’t a direct adaptation from a Disney animation.

Maleficent II will continue to diverge into new territory. It appears that Maleficent and Aurora will be joining forces to protect their home and love ones. We’re interested to see how the two patch things up after a dicey past.

Here’s the official synopsis for the sequel.

A fantasy adventure that picks up several years after “Maleficent,” in which audiences learned of the events that hardened the heart of Disney’s most notorious villain and drove her to curse a baby Princess Aurora, “Maleficent II” continues to explore the complex relationship between the horned fairy and the soon to be Queen, as they form new alliances and face new adversaries in their struggle to protect the moors and the magical creatures that reside within.

Maleficent screenwriter Linda Woolverton penned the sequel along with Micah Fitzerman-Blue and Noah Harpster. Pirates of the Caribbean: Dead Men Tell No Tales co-director Joachim Rønning is taking over for Robert Stromberg to direct. Dead Men Tell No Tales was a very strong sequel in the adventure franchise. We look forward to seeing Rønning work his magic in Aurora’s kingdom.