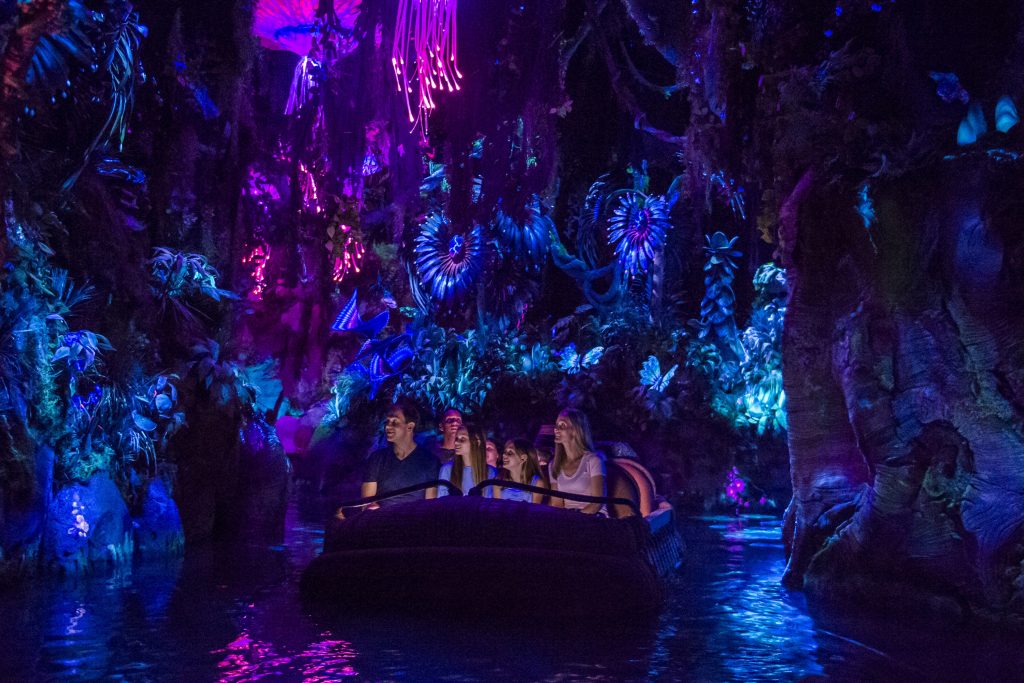 The Disney Parks Blog shared a video this week peeling back the curtain on one of the most iconic inventions in the parks, Audio-Animatronics. The park was built on immersive experiences where guests can meet with long gone historic figures or ride right into their favorite Disney film. Now, the Na’vi River Journey takes visitors on a cruise where they can float just feet away from Pandora’s Shaman of Songs. I had the pleasure of embarking on that cruise last summer, and I can say it is truly impressive. Here’s how the Imagineers (Disney’s cutting-edge group of engineers) created the stunning figure.

Walt Disney Worlds Animal Kingdom is celebrating the one-year anniversary of opening ‘Pandora – The World of Avatar.’ The Avatar themed section of the park features two rides: ‘Flight of Passage’ and the ‘Na’vi River Journey’. ‘Flight of Passage’ is an exhilarating flight simulator where a screen allows passengers to soar over Pandora. The ‘Na’vi River Journey’ is a trip into the jungle like atmosphere of Pandora where riders encounter all kinds of flora and fauna from the fascinating planet.

Mostly black lit, the peaceful tour features dazzling creatures that glow brightly. The crown jewel of the ride is reaching the Shaman of Songs who gives a lively performance. She is larger than life and animated at a level that hasn’t been previously realized. Show Mechanical Engineer Principal, Tanner Rinke, explains in the video that more than 20 new mechanisms had to be developed for this single animatronic to work. They don’t specify, but from what I can tell, it looks like the robot can make dozens of individual movements.

The end product is extremely convincing. Richie Baneham of Lightstorm entertainment said that they were not only trying to capture the aesthetic, but the it should also, “live and breathe as if there is a soul there.”

Disney animatronics date back to Walt’s day. The Hall of Presidents features a life-size Abraham Lincoln and classics like Pirates of the Caribbean and It’s a Small World hinge on the dynamic characters. If you’re into the latest and greatest in animatronics, I also recommend checking out Epcot’s ‘Frozen Ever After’ featuring an Olaf I still can’t wrap my head around. Also impressive is the Seven Dwarfs Mine Train in Magic Kingdom. Both employ very advanced animatronics and the lines might not be quite as long as Pandora.