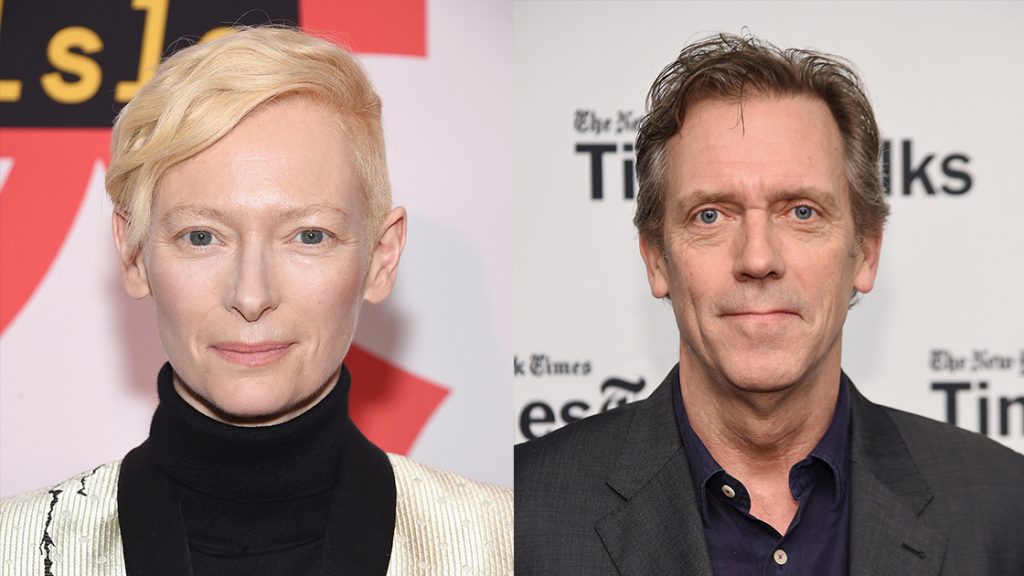 Charles Dickens’ favorite novel is getting a modern twist in The Personal History of David Copperfield. Armando Iannucci (Veep, The Death of Stalin) will be directing the contemporary retelling and his cast is beginning to blossom. According to Variety, Tilda Swinton (Doctor Strange, The Grand Budapest Hotel) and Hugh Laurie (House, Tomorrowland) have joined the cast. Dev Patel was previously announced in the starring role of David Copperfield.

Based on Dickens’ own life, David Copperfield was originally published in 1850 and tells the story of an orphan as he struggles to navigate life and find his place in the world. Not to be confused with Dickens’ other famous orphan, Oliver Twist, David Copperfield came six books later. The novel was inspired by his personal journey from impoverished adolescent to an incredibly successful writer and the all the colorful characters he meets along the way. Ianucci plans to update the story and we are interested to see how the characters transfer from 1820 to today’s technological world. Copperfield of Dickens’ day didn’t even have a typewriter, much less an iPad.

Rounding out the cast are Aneurin Bernard (Dunkirk), Ben Whishaw, Morfydd Clark, Anthony Welsh, and Rosalind Eleazear. Although individual roles have not been announced beyond Patel’s, we suspect Laurie may play Copperfield’s stepfather, Mr. Murdstone, Swinton his aunt, Betsey Trotwood, and Bernard his school friend, Steerforth.

Iannucci wrote the script for the film along with Veep writer, Simon Blackwell. Iannucci has been wanting to do the film for the past three years according to Slashfilm and hope to update the classic novel for the modern age. A release date has yet to be announced. If you’re unfamiliar with Dickens’ original manuscript, you have plenty of time to stop by your local bookstore and flip through the book’s 625 pages before the film is released.