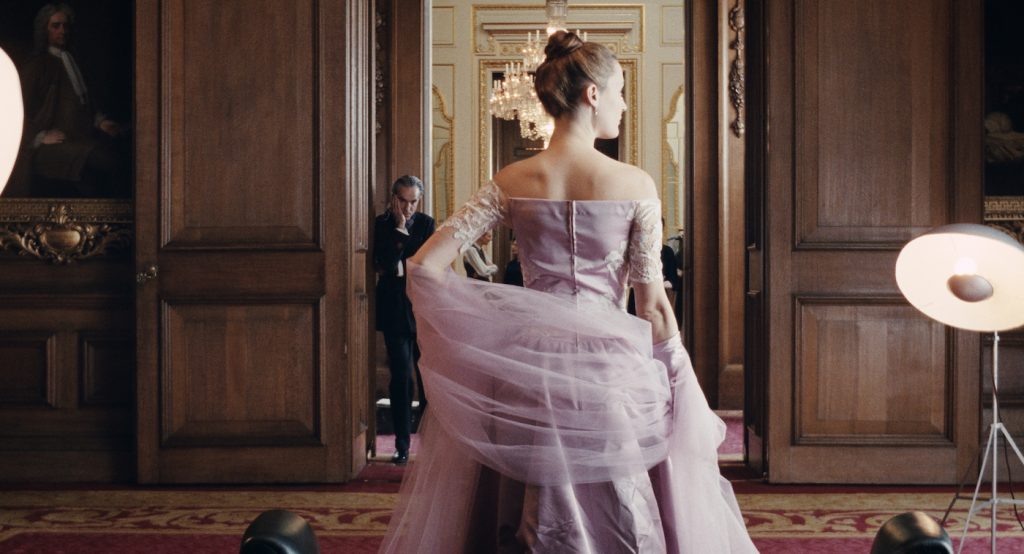 These Phantom Thread Camera Tests are a Master Class in Filmmaking

Who knew camera tests could be so beautiful? I guess if those camera tests are being done by Paul Thomas Anderson and his crew for Phantom Thread, backed by a score by Jonny Greenwood, we all should have known.

If you can’t afford film school, or, if you’re simply really interested in the immense amount of craft that goes into the very best filmmaking, this video is for you. It’s a complication of screen tests, complete with Anderson’s audio commentary, that were done right up to the moment they began filming Phantom Thread.

In this video, you’ll hear Anderson discuss the various lenses, film stocks, filters, and lighting techniques that subtly change what we see on screen. It’s mesmerizing watching star Vicky Krieps’ face subtly take on different qualities of light, texture and tone as Anderson uses a variety of cameras and lenses to film her.

We also see location scouting shots, Daniel Day-Lewis putting his year-long study of dressmaking to use, the various treatments and changes made to sets in order to capture the perfect image, and more. Have you ever seen a sea foam storm? Neither have we, but you’ll get a look at one as Anderson takes you on location to the northern coast of England, in Yorkshire.

These tests were done a month before they started filming to give Anderson and his crew a practical sense of how the film was going to look. The results of the choices made during this testing process were, unsurprisingly, gorgeous.